Joaquim Rodriguez was among the few cyclists having a good day during Monday's Stage Three of the Tour de France.

The Spanish cyclist emerged the day's winner during the 159.5 kilometer stage (about 100 miles) that stretches between the Belgian cities of Anvers and Huy. 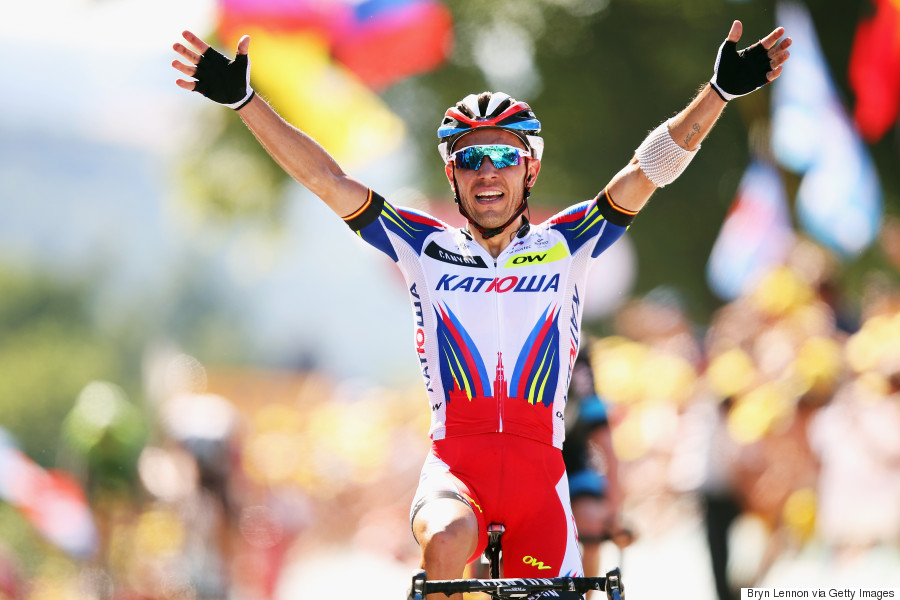 Joaquim Rodriguez of Spain and Team Katusha celebrates winning stage three of the 2015 Tour de France, a 154km stage between Antwerp and Huy, on July 5 in Antwerp, Belgium. (Photo by Bryn Lennon/Getty Images)

But earlier in the day, a massive crash brought down 20 riders, including race leader Fabian Cancellara. Cancellara leapt into the air with his bike still attached to him before hitting the grass and somersaulting. 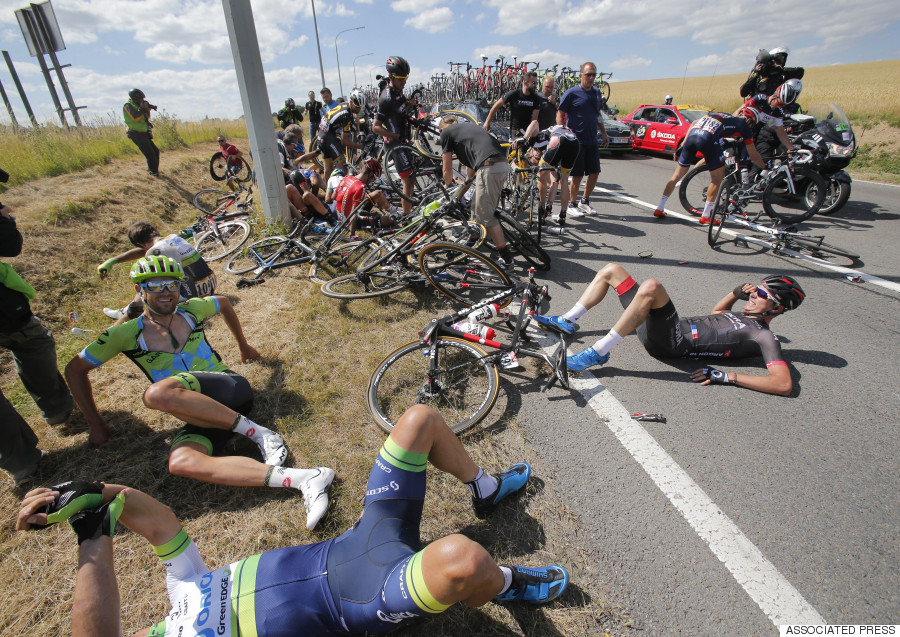 Scores of riders lie on the road after crashing during the third stage of the Tour de France on Monday. (AP Photo/Christophe Ena)

In addition to the heartbreak of ceding the yellow jersey after the hard fall, tests revealed Cancellara had fractured his spine, forcing him to withdraw from the race entirely. 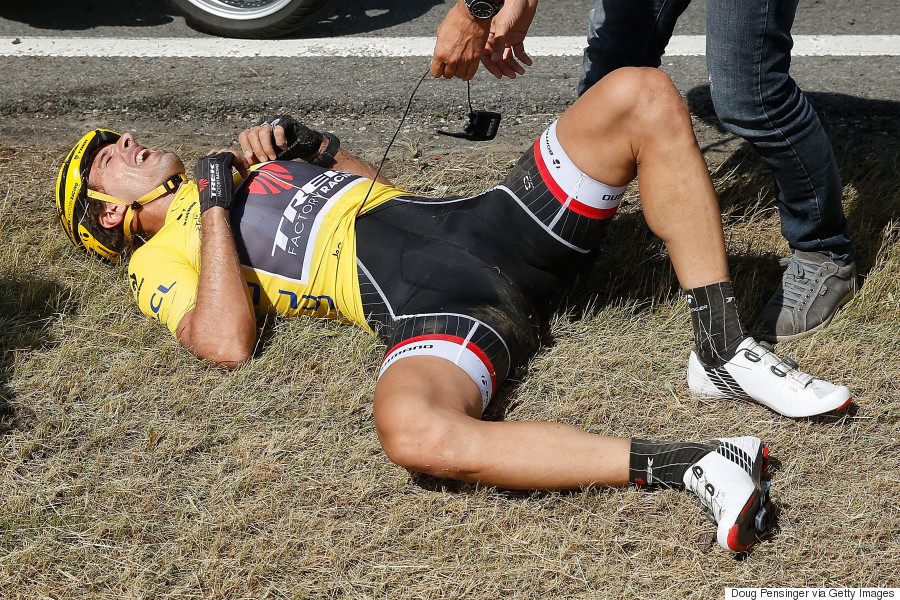 Fabian Cancellara of Switzerland riding for Trek Factory Racing in the overall race leader yellow jersey is attended to after being involved in a crash with 65 km remaining in stage three of the 2015 Tour de France. (Photo by Doug Pensinger/Getty Images)

Frenchman William Bonnet crashed with less than 37 miles left in the stage, and other riders around him soon tumbled. Bonnet was carried away on a stretcher and wearing a cervical neck brace. Three other racers in addition to Cancellara and Bonnet withdrew from the race following the crash. 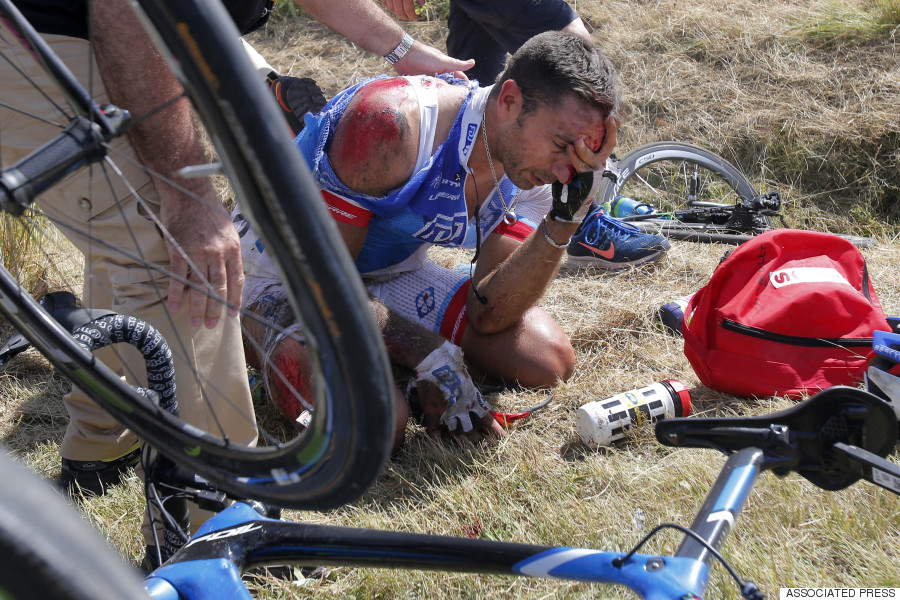 William Bonnet of France holds his head after crashing with scores of other riders during the third stage of the Tour de France. (AP Photo/Christophe Ena)

The crash first prompted officials to neutralize the peloton -- effectively have racers slow and hold their relative positions -- before they stopped it altogether for about 20 minutes, according to ESPN. 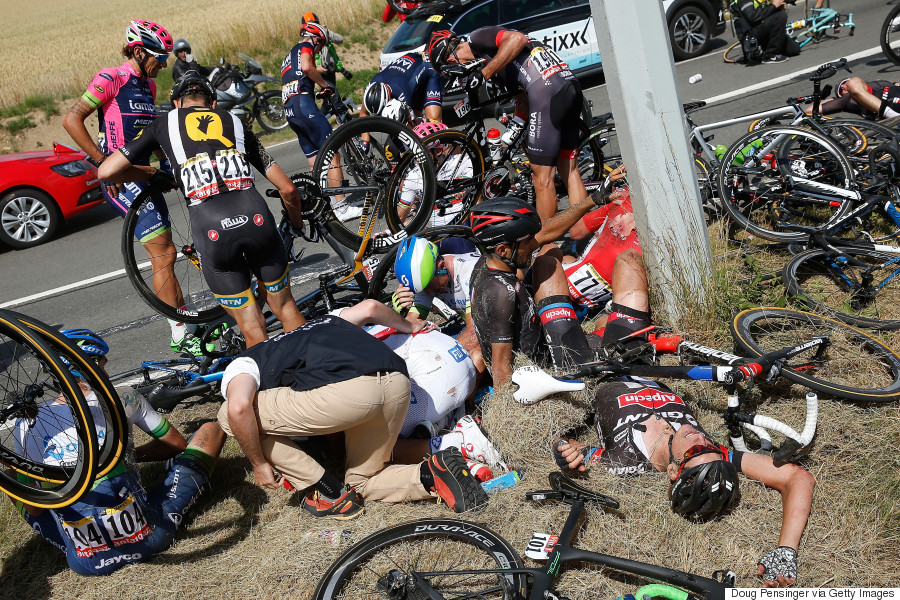 "It's an amazing feeling to be in the yellow jersey," Froome told the BBC. "I wouldn't say its too early to take the yellow jersey. I'd definitely rather be in this position than having to make time up on my rivals." 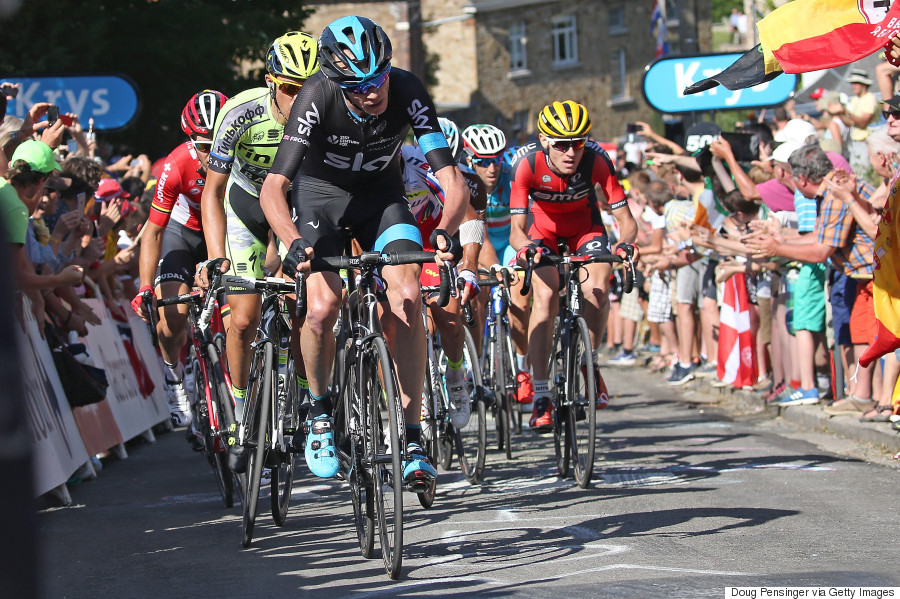