Ireland is world-renowned for its beauty. The rolling green hills, gorgeous cliffs and coastlines are enough of a reason for anyone to pack their bags and head to the banks of the River Shannon. But there is more to this complex and intriguing country than just what meets the eye.

Whether you go for the vistas, the pubs or the lore, Ireland is a must-see for everyone. We’ve partnered with Tourism Ireland to give you the lay of the land.

1. Ireland is home to some of the most awe-inspiring drives. 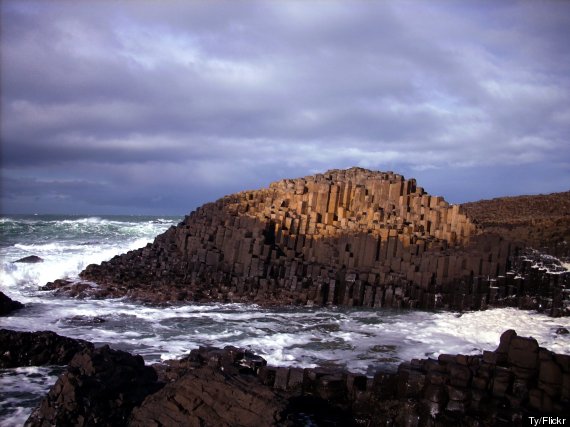 The Wild Atlantic Way, which stretches 1,500 miles along the west coast from County Donegal to County Cork, will take you to Connemara, The Burren and the Cliffs of Moher, among other iconic places. The Causeway Coastal Route is a sight to behold as well. Many take the Causeway Coastal Route to check out the Giant’s Causeway (pictured above), replete with 40,000 hexagonal basalt columns, and the Carrick-a-Rede Rope Bridge, a bridge suspended above jagged rocks that links the mainland to the island of Carrickarede.

2. The Cliffs of Moher are jaw-droppingly beautiful. 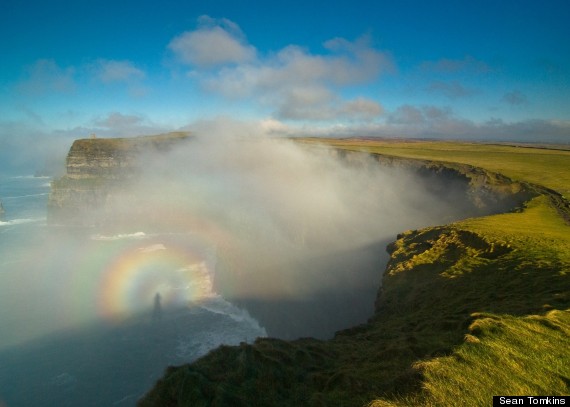 At 8 miles long and 702 feet high, the cliffs already seem like something out of a movie, so it's no surprise that the filmmakers behind "Harry Potter And The Half-Blood Prince" used it to depict the exterior of the Horcrux cave. In the film, Harry Potter and Professor Dumbledore "apparate," or teleport, to the location. (We only wish we had the same abilities.)

3. If you're a "Game of Thrones" diehard, you can visit Westeros -- or at least the real-life equivalent. 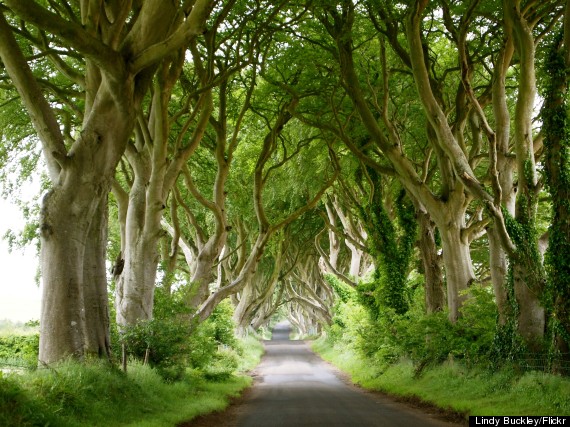 The show films in multiple locations in Northern Ireland, from the Glens of Antrim to County Down to County Londonderry. The Dark Hedges, pictured above, were featured in Season 2, Episode 1. Luckily, you can soak in the show's heavenly scenery, such as waterfalls, parks, majestic wooded areas and some of Ireland’s most iconic castles, without all of the drama. 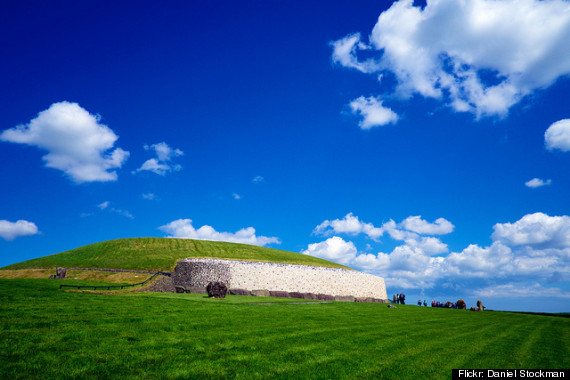 This includes the Bru Na Boinne tombs in County Meath, which predate the Egyptian pyramids. The tombs were built about 5,000 years ago, in the Neolithic or Late Stone Age.

Ireland has a truly impressive literary pedigree. If you're a lover of letters, you'll be in the land of authors we know on a last-name basis: WB Yeats, James Joyce, CS Lewis, Seamus Heaney and Samuel Beckett, among many other thoroughly modern writers. Dunluce Castle in County Antrim, pictured above, is said to be the inspiration for Cair Paravel, the castle where the fictional king and queen of Narnia lived in Lewis' The Chronicles of Narnia.

6. The great books can also be found in Ireland.
Check out the Book of Kells at Trinity College, a gorgeous manuscript written around 800 AD. This copy of the four gospels is written in latin, and depicts incredible scenes through beautiful, decorated wording and artistry.

7. Ireland is a foodie's dream. First, we must mention the cheese. 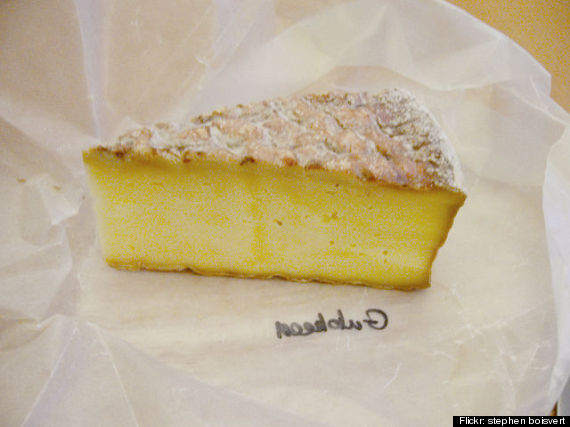 While Ireland has long been known for its fresh dairy, it's only in recent years that farmhouse cheese has gotten its due on a global scale. Every region has its own specialty, but we hear that they're all worth a nibble. Try Ardrahan and Gubbeen, both semi-soft cow's milk cheeses from Cork, or any of the cheeses from Knockdrinna of Kilkenny. Then download this poster and consider it a challenge.

8. And then there's the traditional blaa.
We promise: This export of Waterford is better than it sounds. Blaa was introduced by the French Hugenots in the 17th century. They’re soft, white, naturally fermented bread rolls dusted with white flour. Traditionally, you’d eat them at breakfast with a slathering of butter, but you can really pair them with anything: olive oil and parmesan, chicken and stuffing, or even egg, sausage, and bacon.

9. You'll find artisanal farmers markets scattered across the country.
We recommend the sprawling English Market in Cork and St. George’s Market in Belfast. You'll find all of the local, organic produce and wares you'll ever need.

11. For the history AND foodie buffs, check out the Rayanne House.
You can actually eat the same menu prepared for the Titanic’s first class cabin at the Rayanne House. The 9-course meal recreates the last evening dinner of the iconic passage.

12. And if you want to go by foot beyond the guidebooks, check out Le Cool Walking Tour in Dublin.
This 2-hour trek changes regularly, since it is giving you insight into the newest pop ups, collectives and initiatives around the city.

13. The Guinness Storehouse tour in Dublin is a must-see. 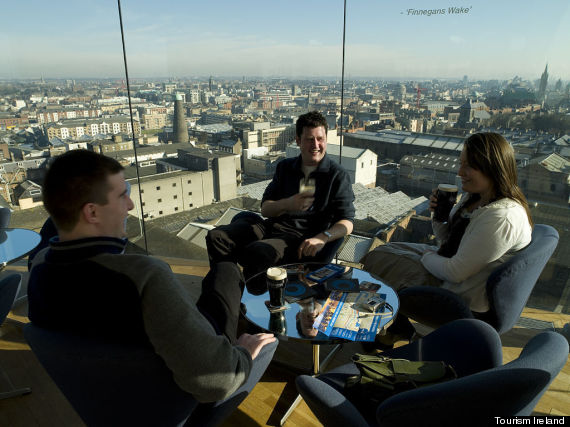 See how the “black stuff” has been made since 1759, and make sure to grab a pint on your way out at the Gravity Bar, which has 360-degree views of Dublin. Beyond Guinness, there are countless microbreweries popping up in the Irish beer. Take a five-day craft brewery tour to explore eight to 10 microbreweries across Ireland; you can also opt for a shorter, three-day adventure.

14. Whiskey lovers will also revel in Ireland’s history.
The famous Jameson Distillery can be found in Midleton on the banks of the Dungourney River, which will take you back to the oldest traditions of whiskey making.

15. The pubs themselves are actually steeped in Irish tradition. 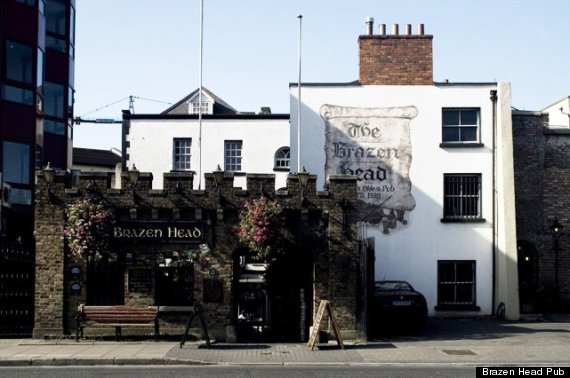 Brazen Head pub in Dublin has been around since 1198: a whopping 816 years.

16. That being said, there has been a new wave of mixology culture in some of the biggest urban centers.
The Vintage Cocktail Club in Dublin is a modern speakeasy known for its delectable cocktails.

17. Music is integral to Irish culture. 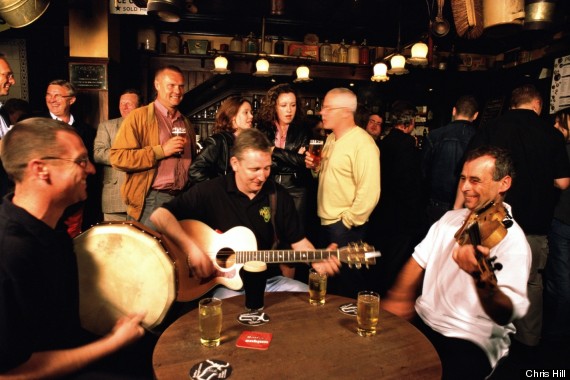 Doolin is one of the best places to catch a traditional Irish seisiún. The indigenous folk music of Ireland, replete with traditional instruments like the fiddle, tin whistle, flute and Uilleann pipes, lives on in pubs such as McGann’s, O’Connors and McDermott’s. Doolin Folk Festival. established in 2013, brings in musicians from far and wide to celebrate both the rich traditions and modern face of the Irish music scene. In Dublin, Grafton Street is also known for some incredible public performances.

18. The people are exceptionally friendly.
This year, Dublin was named the 5th friendliest city in the world by Conde Nast Traveler.

Pro-tip: The "City of a Thousand Welcomes" initiative sets up first-time visitors with native Dubliners who introduce them to the sights and sounds of the place!

19. The Blarney Stone, a block of limestone that attracts visitors from all over the world, is said to give even the most reticent of travelers the gift of the gab. 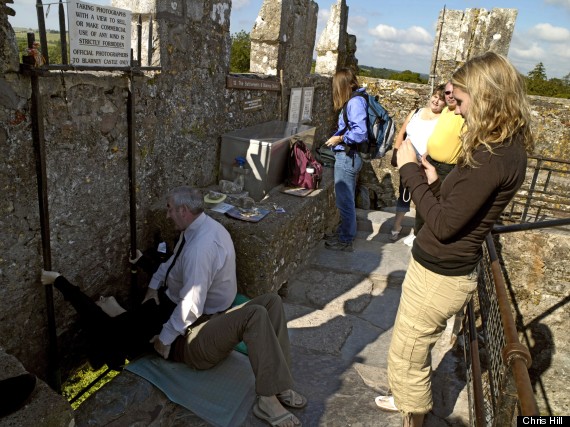 A great way to wrap up your trip, kissing the Blarney Stone will leave you with only the loveliest of memories from your epic adventure!

Note: A previous version of this article stated that the Huguenots came to Ireland in the 16th century.