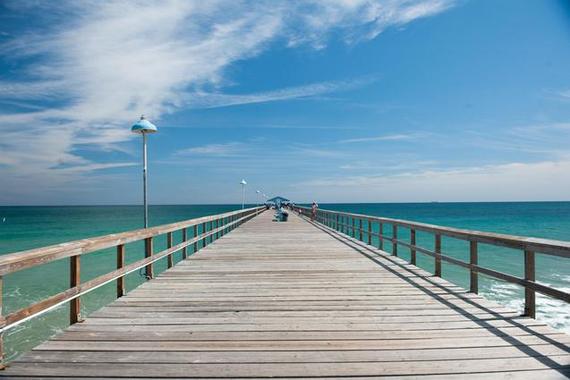 There has been a massive and much-needed wave of news regarding anything having to do with that often neglected sub-group within the LGBT acronym. Transgender awareness is finally stepping forward in this country and much of us are learning exactly what it means to be transgender. Transgender actors, like the extraordinarily talented Laverne Cox, who has garnered so much attention not only for her superb acting, but also for her activism, are becoming a household name. It's about time the "T" is getting some time in the spotlight, as often it's just been a disregarded letter attached to a label that was meant to encompass a group of differences and different types of people. It's easy for anyone or any business to say they are LGBT friendly or a place for LGBT people, but are they truly taking into account what that means to those who are transgender? Just because a place is safe and friendly for gay, lesbian or bi-sexual individuals, doesn't mean it's also a welcomed place for those who fall under the "T".

Within the tourism world, many cities around the U.S. have taken it upon themselves to really begin promoting LGBT tourism. With marriage equality sweeping the nation, same-sex tourism is finally getting some attention from places that might not have ever considered promoting to that particular market. But the problem facing the transgender community is that they are being automatically lumped into the promotions as if the destination actually put in any effort to truly reach out to them specifically.

The first and only city to officially announce a transgender initiative comes as no surprise, as Fort Lauderdale as it has always been an open-minded city with a progressive agenda. The Greater Fort Lauderdale Convention and Visitors Bureau (GFLCVB) has launched a Transgender Travel Initiative. Furthering its efforts to best cater to all segments of the LGBT market, the CVB will focus on delivering an authentic welcoming experience for transgender visitors. 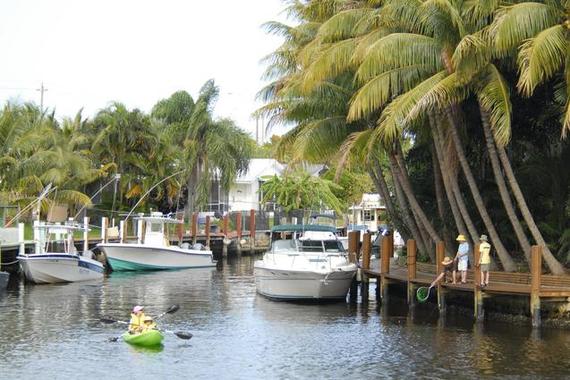 In August of 2014, the GFLCVB commissioned the first-ever and largest survey of transgender travelers in North America. Their goal was to identify motivations behind travel, needs and priorities. The online research study about transgender travel issues and interests was conducted by Community Marketing and Insights, a San Francisco-based LGBT market research and communications specialist, and surveyed a total of 700 self-identified members of the transgender community across the United States.

Through the initiative, the GFLCVB is helping to educate the community on ways to be more sensitive and authentic to the "T" in LGBT. They have been facilitating roundtable discussions with community leaders in Fort Lauderdale and is continuing to host site visits for transgender media, journalists and meeting organizers.

Greater Fort Lauderdale/Broward County is one of the most progressive counties in the State of Florida and features the first CVB with a dedicated department, staff and marketing dollars to support LGBT tourism. In 1996, the GFLCVB allocated funding for a gay marketing budget to create its first dedicated LGBT ad campaign, became the first Convention & Visitors Bureau with an LGBT-centric vacation planner and the first to have an LGBT website on a CVB homepage. Today, GFLCVB is also the first tourism marketing organization to integrate LGBT images and messaging into its mainstream marketing initiatives.

"We have long understood gay and lesbian travelers, but we recognize now is the time to emphasize the importance of the transgender market and ensure it is not forgotten," said Richard Gray, managing director for the LGBT market at the Greater Fort Lauderdale Convention & Visitors Bureau. "We are excited to share our sunshine with even more of the LGBT community and to continue to better understand all the needs and interests of the transgender traveler." 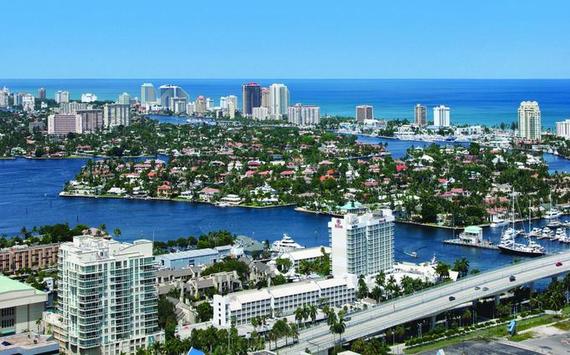 The new initiative is already proclaiming a huge impact with the Southern Comfort Transgender Conference deciding to bring its 2015, 2016 and 2017 conference to Greater Fort Lauderdale, after more than 24 years in Atlanta. The conference, which is highly attended and regarded to as one of the most important events of the year for the transgender community is putting their faith within Greater Fort Lauderdale with the big change of venues. "Greater Fort Lauderdale is doing the right thing, at the right time for our community, said Lexi Dee, president of Southern Comfort Conference and leading transgender advocate. "We believe with the progressive and welcoming vibe in the destination that we can see our conference grow year over year with this partnership."

It's an exciting first step in domestic tourism, one that will hopefully set an example for other destinations to follow. Greater Fort Lauderdale has always been a supporter of diversity. They boast one of the largest Pride Centers in the country, the first and only World AIDS Museum and Educational Center, and is home to the Stonewall National Museum & Archives, one of the only permanent spaces in the U.S. devoted to exhibitions relating to LGBT history and culture. For more information on the new initiative and travel to Greater Fort Lauderdale, visit www.sunny.org/tlgb

(All images courtesy of GFLCVB)