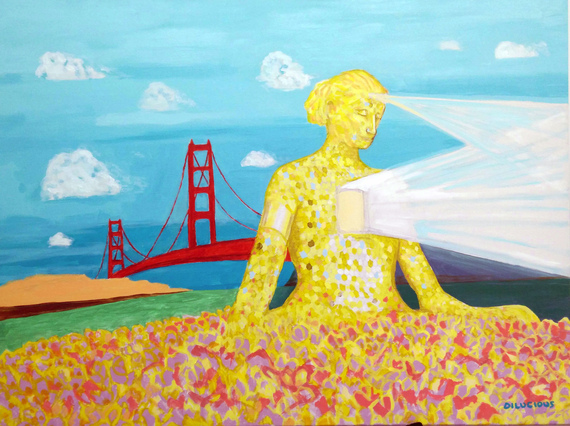 "Imagine you are a soul sitting around a campfire in a cave with five other souls," Ryan Allis, co-founder of Hive, started off saying at the Fifth Hive Convention in Cavallo Point Lodge, California. "You haven't yet been born into your body. You don't know where in the world you'll be born, what gender you'll be, what sexual orientation you'll have, what your skin color will be, or how much money your parents will have," he went on. This thought experiment by the late Harvard professor and philosopher John Rawls, which asks you to re-imagine the world based on principles that would govern the world fairly, is the spirit of Hive and its founders: a happy, healthy and fully alive world.

This past month, a convention encompassing over 140 global leaders from over 40 countries took place in a remote location which overlooks San Francisco. I immersed myself in this new type of educational experience as one of the people that are eager to create a better world. Since its original creation, Hive has already attracted over 400 participants.

Hive's mission is simple but grand: a community of people from all over the world that are working together to solve some of the biggest problems. In Hive's own words, they are building "the world's most impactful network of leaders working on creating a better world."

"We are building the world's most impactful network of leaders, entrepreneurs and technologists, who are working on creating a more inclusive and sustainable world," said Asya Tabdili, Hive's Global Community manager, "In 2016 we're planning out a global tour and by 2040 our goal is to reach 1000 global cities!"

The people that attended the fifth Hive gathering were as diverse as they were accomplished, ranging from entrepreneurs to young professionals and artists to athletes from all around the world. This weekend's goal was to help participants clarify why they are alive, give them confidence to turn their dreams into reality and connect them with people that can support them. The Hive curriculum was influenced by the MBA program at Harvard Business School, the Executive Program at Singularity University, Stanford, and a variety of other sources. 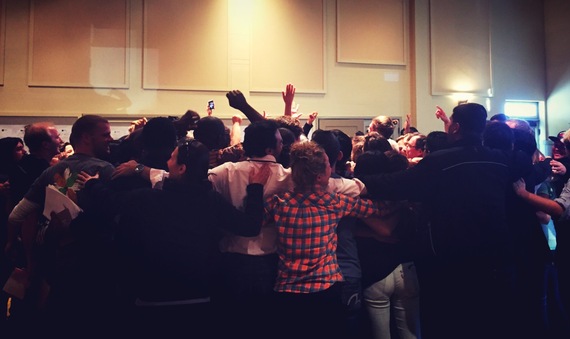 The first part of the weekend was dedicated to analyzing and understanding the current state of the world and where it is headed. The second and third part were about understanding one's life within present society and figuring out how to create work that is meaningful and meant to create a better world in the future. As Allis explained, most people go through life without defining their goals. After sharing a personal story, he stressed how important it was to clearly define your goals, "Be the wind and be clear about what you want," he urged participants.

The weekend was also filled with inspiring lectures, meditations and fireside chats. For example, Adam Pumm, CEO of Hive, urged participants to focus first on finding what the world needs before asking yourself what makes you come alive. Elizabeth Gore, entrepreneur in residence at Dell, discussed her work transition and the importance to prioritize and focus on making things happen. In another session, Nadia Mufti walked participants through designing their life purpose. Kiran Gandhi, MIA drummer, talked during the evening and Tom Chi, co-founder of Google X, lectured on rapid prototyping.

What stood out the most throughout the event was the sense of belonging between participants. Although these individuals had just met and were in many ways strangers to each other, friendships were quickly formed through the shared experience of the conference. This weekend's purpose, amongst other things, was to gain clarity on your individual purpose and linking like-minded people with whom you can share your journey and hopefully find companions that can help you realize your purpose. For those three days, Cavollo Point Lodge transformed into a place where a small group of committed millennials met to work on something bigger than themselves.

In that respect, Hive represents a community in which people search for meaning, not only in the sense of personal growth and one's purpose in modern-day society, but also a connection with others just like them, who share a bias for action and strive toward making a difference. Hive's core is to equip people with the tools that they need to succeed and giving them a sense of belonging.

Illustrations by Dilucious. You can learn more about Hive on their website. This piece was edited by Theodora Karamanlis. If you enjoyed this piece, you can join my reading letter.