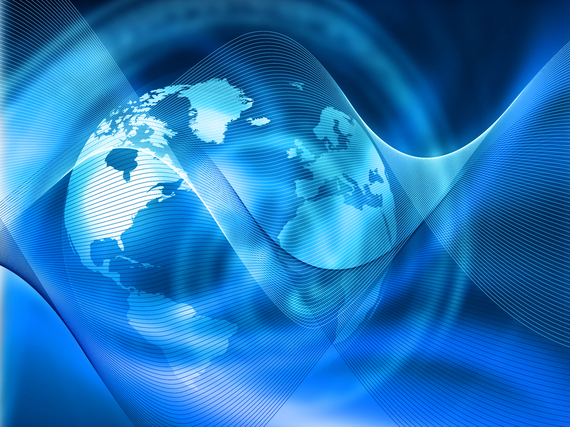 Europe is in the midst of a messy negotiation on how to build a single digital market -- putting all 28 members of the E.U. under one set of rules. The potential benefits are clear: Consumers will gain access to new services, regulations can be made more consistent and growth enhanced by market norms. According to one study, such efficiencies could give the region an estimated $400 billion economic boost in the first year alone. But the ambitions of Brussels policymakers are too small. A single European digital market should be just the first step in the creation of an open global digital market that will allow companies and individuals everywhere to continue to exploit the Internet's potential.

Such a project may be the best way to reconcile the complex political and economic forces battling over the future of the Internet. Tired of American omnipotence, rising democracies like Brazil and India are rightly demanding a voice in how the net is run. Meanwhile, countries that view information as a threat -- China, Iran, Putin's Russia, and more -- are trying to strangle and fragment the Internet. The United States is still suffering from the after effects of Snowden's NSA revelations. Both the U.S. government and its biggest companies are seen as arrogant giants eager to spread their dominance. Globally, the individuals who populate the Internet -- sharing their lives, voicing their opinions, and selling their goods -- increasingly question the powers that be.

What should the basic principles be behind a global digital market -- and how would we get there? First, any regulation of the Internet must be kept to the bare minimum necessary to protect the rights of users and the operations of online business. Attempts to impose static laws and rules on rapidly changing technology will do little but choke off economic and political possibilities.

Secondly, any new rules should reflect a bias toward the values of open markets and free expression. There have been many attempts to define and refine these values in the virtual world. One good example to follow are the tenets espoused by the Freedom Online Coalition, a group of nations organized by the Netherlands that supports online freedom and human rights. Another are the guarantees for the unrestricted flow of information and data across borders that is being sought by members of the U.S. National Foreign Trade Council.

The third principle: maximize participation in making the rules. All types of players from all sorts of places must be given a role. The U.S. and Europe can try to set the rules and then insist that others follow them. But such an approach is unrealistic and doomed to failure, not to mention so 20th Century.

"All types of players" -- known to the cognoscenti by the inelegant phrase "multi-stakeholder process" -- should certainly include the engineers and entrepreneurs who understand the power of the Internet better than the rest of us. And businesses should be ready to engage in the process. Those who argue that putting so many perspectives at the same table will produce nothing but cacophony ought look at the Global Network Initiative. The Initiative has brought together companies, human rights groups, investors, and academics in a far-from-perfect but nonetheless important attempt to protect online free expression and privacy.

"All sorts of places" should encompass rising powers and emerging economies as well as the U.S. and Europe. After all, by 2025 more than 75 percent of the four billion Internet users will be from those countries. The somewhat clumsy but well-meaning attempt to include more nations in the governance of the Internet Corporation for Assigned Names and Numbers -- the group that doles out addresses on the Internet -- is a sign that steps are being taken to share power.

Fourth, we must maximize opportunity for inventors, innovators, and entrepreneurs. In the world of technology, no figures are more mythical nor more important than the lonely geeks struggling to make real their ideas. Efforts to nurture that kind of talent have now spread to startup hubs around the world. It's our obligation to create an environment in which genius can flourish.

Other principles will also be important and even harder to reconcile: finding the balance between user privacy, commercial convenience and national security; protecting the creative property of those who make art or music or develop new technology; and more. None of this will be easy.

But we can already see what will happen if those who support an open and free Internet fail to create a truly global digital market. Examine the Chinese government's Internet stranglehold; the army of Russian hackers who have sowed unrest in Ukraine; and the Iranian leaders who communicate to the world using Twitter while denying that platform to their citizens.

While Europe continues to sort through some of these messy issues in the development of a single set of standards and regulations for a unified market, the E.U. would do well to pursue an open and transparent process. Inviting players from the rising powers as well as the U.S. as observers and contributors would not only go a long way to ensure a successful outcome, it would begin to lay out the kinds of principles that like-minded nations will one day have to negotiate on a global scale.

Our natural instincts have been to find the differences among us and seek an advantage against another country or company. But a digital future in which openness, privacy, economic growth, and free expression are protected is by no means guaranteed. The best way ahead is to come together to minimize the rules and maximize opportunities. Only then can we reconcile the swirl of technological, economic, and political change -- and take full advantage of the technological wonders of the times in which we live.

Bob Boorstin is a senior vice president at Albright Stonebridge Group, an international advisory and commercial diplomacy firm that supports NGOs and leading multinational companies around the world. He will moderate a session at the Techonomy Policy conference June 9 on the Global Pushback Against American Tech Companies. To attend, you can register here.