Jews are a history-oriented people. And the history of the Jewish people has been filled with baseless bigotry and deep-seated religious suspicion, culminating in devastating tragedy. Central to Jewish historical consciousness is Christian anti-Semitic persecution throughout the millennia. The legacy of Jewish humiliation and religious persecution is grim: medieval century massacres of Jews by Crusaders, hostile disputations in the High Middle ages when Jews were compelled to defend their faith against attempted mass conversion by the Church to no avail.

During the devastation wrought by bubonic plague, Jews were accused of poisoning the wells. In response, countless were massacred and displaced across Europe. Already reeling from baseless hatred, Spanish Jews were forced to endure the ignominy and brutality of the Inquisition. Ultimately, many were tortured, killed, banished--their dignity and assets confiscated.

By the nineteenth and early twentieth centuries, Russian pogroms (sanctioned attacks against Jews) grew in magnitude: In 1905 there were nearly seven hundred pogroms; more than 300 Jews were murdered in Odessa alone. In 1919, Ukrainian army units massacred 2,300 Jews in two days, while White and Red Army units murdered thousands of Jews and burned down their towns.

The most significant catastrophe in modern history began with indifference and collaboration of many Christians: the Holocaust. Pope Pius XII's Concordat with the nascent Nazi regime had disastrous effects, legitimizing the Nazi regime and undercutting the last consequential resistance to Nazi rule in the Reichstag. Pius XII issued no public protest to Nazi atrocities during the war. In October 1943, more than a thousand Jews in Rome were rounded up for transport to Birkenau and again no protest was heard from the Vatican; the overwhelming majority of the two thousand Jews transported from Rome were murdered.

The Catholic Church's change in perspective towards the Jews only emerged post-Holocaust. In 1958, Pope John XXIII quickly moved to modify Catholic prayer to eliminate anti-Semitic references. In 1960, the pope told Jewish leaders: "We are all sons of the same heavenly Father. Among us there must ever be the brightness of love and its practice." Later that year, he put the topic of repairing relations with Jews on the agenda of the Second Vatican Council. In 1965 the Council adopted Nostra Aetate ("In Our Time"), which condemned anti-Semitism, urged a "dialogue of mutual esteem" with Jews, and repudiated hostile doctrines that the Church had replaced the Jewish people as well as claims of deicide, that Jews were responsible for the killing of Jesus.

Pope John Paul II did much to further reconciliation. He stated--repeatedly--that anti-Semitism is both a crime and a sin against God. Under his papacy, the Holy See recognized Israel, and in 2000 he visited Yad Vashem and the Western Wall, apologizing for Church persecution of Jews and praying for the welfare of the Jewish people, who remain the "people of God's covenant." John Paul's work has been taken up in earnest by the incumbent Pope Francis (who counts among his friends Argentinian rabbi Abraham Skorka). He is the first Pope ordained after the promulgation of Nostra Aetate and, while archbishop of Buenos Aires, had a warm relationship with the Jewish community. In December 2015, the Vatican issued a statement that Catholics should combat anti-Semitism and that the Church has no institutional mission to convert Jews. This month, Francis commemorated two events in Rome: the day when Roman Jews were deported by the Nazis in 1943, and the 1982 attack on the Great Synagogue of Rome when Palestinian terrorists perpetrated the largest anti-Semitic attack in Europe of the post-war period.

Now, history is going in a new direction. Thankfully, five decades after Nostra Aetate, the reconciliation between Jews and Christians continues to strengthen! 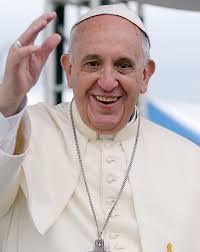 The rapprochement between faith traditions is the basis of a heartening recent statement just released on the website of the Center for Jewish-Christian Understanding & Cooperation (CJCUC) in Israel. What makes it all the more extraordinary is that the statement is signed by leading Orthodox rabbinic luminaries who break away from the apathy that haunts normative Orthodox attitudes on interfaith matters. The opening lines--"We seek to do the will of our Father in Heaven by accepting the hand offered to us by our Christian brothers and sisters. Jews and Christians must work together as partners to address the moral challenges of our era"--indicates that the statement is the most profoundly Jewish-centered interfaith documents ever to be released.

The Orthodox Rabbis' statement, which I proudly signed, doesn't patronize its readers with platitudes about coming together for its own sake. Instead, it acknowledges that the noble faith communities have had centuries of antagonism but that now is the time to overcome past enmity and cooperate under the Godly imperative to repair the world: "Both Jews and Christians have a common covenantal mission to perfect the world under the sovereignty of the Almighty, so that all humanity will call on His name and abominations will be removed from the earth."

I found most moving the passage from the very heart of the document. In a mere economy of lines, the ruptures of history and a path for a bright future are laid to bare.

We Jews and Christians have more in common than what divides us: the ethical monotheism of Abraham; the relationship with the One Creator of Heaven and Earth, Who loves and cares for all of us; Jewish Sacred Scriptures; a belief in a binding tradition; and the values of life, family, compassionate righteousness, justice, inalienable freedom, universal love and ultimate world peace.

I was moved by my fellow rabbis' commitment to moving beyond what divides the faiths and move towards those aspects of commonality and mutual respect. This is a step forward in the right direction, for Jews and Christians alike. We have so much farther to go in our journey. And yet, the sustained endurance of this holy Abrahamic partnership begins today.