The Torre di Pisa -- or the Leaning Tower of Pisa, as most English-speakers know it -- is continuing its slow but steady return to “straightness.”

According to an annual report released by the official surveillance group in charge of monitoring the famously tilting structure, the tower has recovered roughly 2.5 centimeters (almost one inch) of its vertical incline between 2001 and 2013. The small measurement may not seem like a lot, but it's good news for the team of monitors who began watching the Italian landmark back in 2001, after it reopened to the public.

The bulk of the tower's total progress happened over an 11-year rehabilitation period, starting in 1992, during which the vertical incline moved from 4.5 meters (14.75 feet) to 4.1 (13.45 feet). The first of these “rescue” interventions, conducted by professor Michele Jamiolkowski, consisted of encircling the first floor with 18 steel cables as a temporary structural reinforcement measure.

More interventions followed -- this time underground, as the terrain beneath the tower was frozen and ancient blocks of stone conglomerate dating back to 150 years ago were extracted. These blocks were then substituted with a girder and reinforced concrete, to which the tower was anchored using steel cables set at a depth of 52 meters (170 feet).

In January of 1999 the final and definitive intervention to stabilize the tower was conducted: The earth beneath the tower’s foundation was excavated and removed, forcing the tower lower and reducing its vertical incline.

Ultimately, the 2.5-centimeter decrease over the last decade is a win for the Pisa community, but the slight progress allows the tower to retain it's popular modifier... it's still leaning, after all. According to the experts, though, the monument can now be considered safe for the next two to three centuries. 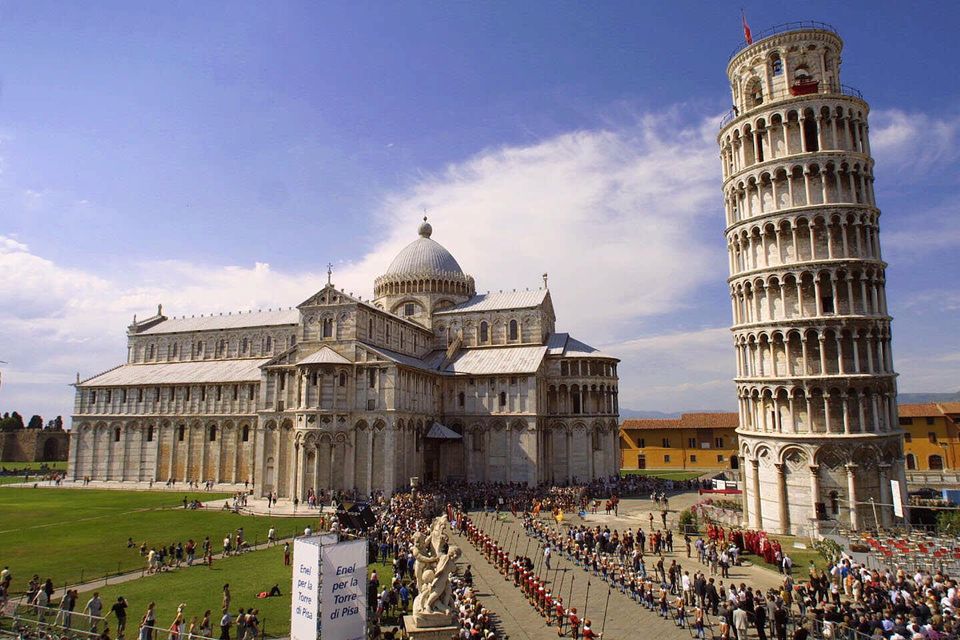