I've written extensively on the opportunities to leverage off grid mobile phone penetration to support energy access for the poor (here, here and here). Needless to say I'm a big supporter and think it's a tactical maneuver that can help win the clean energy war. It turns out my bullish stance is shared by more than just my friends at GSMA. A new report from Saviva Research documents the emergence of a sector and just how close we are to achieving 'Tower Power'.

Let's start with a quick primer. Tower Power refers to the electricity supply (typically diesel generators) that cell phone towers need to relay mobile signals for wireless communication (our cellphones). These towers are everywhere and they are one of the few pieces of infrastructure in rural parts of the developing world. What excites me is the opportunity to turn Tower Power into 'Community Power' by building excess renewable capacity into that system to power surrounding communities. This excess capacity can be sold to local communities via mini-grids, transportable batteries, or by directly charging applications on site. That means that converting Tower Power to clean energy is the necessary first step towards the community power vision. (Just in case you aren't clear what I'm talking about here's a nifty image from GSMA demonstrating the concept.) 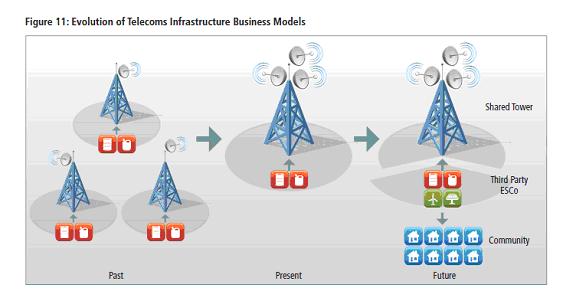 It turns out the stars are aligning to catalyze our first step and make clean Tower Power a reality. It's largely occurring because converting cell phone towers to clean energy (in the developing world at least) is all about saving money. But as the Saviva report makes clear until that motivation was combined with favorable policy and structural changes in the telecom industry including the emergence of Power Purchase Agreements (PPA's), TowerCo's, and Renewable Energy Service Companies (RESCOs) it simply wasn't happening. An irrational market actor and an imperfect market imagine that!

So how did it happen? The first megatrend to drive conversions was the move in the global telecom industry to shed expenses. In an effort to free-up cash they've spun off their tower infrastructure assets creating specialized infrastructure companies known as 'TowerCos.' These are third parties that provide a service for mobile operators - ensuring their network of towers functions properly without saddling them with debt.

It turns out the TowerCos are also hip to the outsourcing wave and decided to outsource their energy requirements. This provided a single decision making entity with whom a RESCO could contract to provide clean energy to these towers. TowerCos are interested in the opportunity because diesel is the largest expense accounting for between 30 to 40 percent of total network costs. Combine that with rampant diesel theft that has pushed fuel costs up 20 to 25 percent and you have a strong incentive to reduce costs and increase certainty with clean energy. 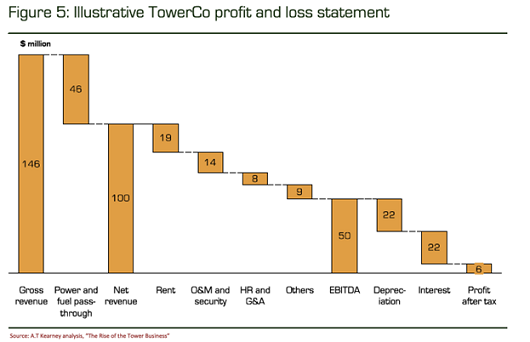 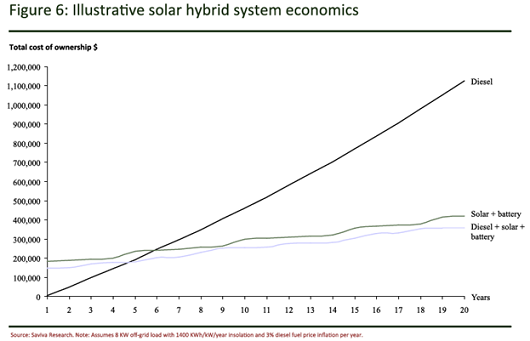 Which takes us to the most interesting part of the report - the fact that the near term Tower Power opportunity is basically India. That's because conditions are ripe: telecom towers are already 90 percent third-party owned TowerCos (highest in the world), these TowerCos have moved from power pass-through agreements to fixed power purchase agreements (PPAs), and a diverse number of RESCOs are competing to secure those PPAs and save them money.

And of course policy never hurts. The telecom regulatory authority of India (TRAI) mandated last year that 50 percent of the towers in rural areas and 20 percent in urban areas be supplied by renewable hybrid generation sources and grid power by 2015. Following that announcement, the Reserve Bank of India made an announcement supporting the deregulation of diesel prices to contain trade deficits, which are now around $160bn annually. 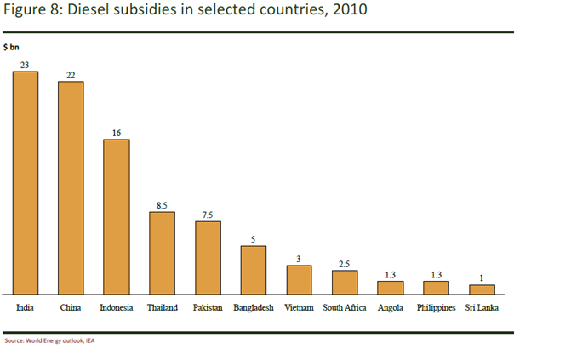 So just how big is this market? Today there are an estimated 400,000 towers managed by TowerCos in India. But only 20,000-25,000 towers are covered under PPAs. The rest simply pass through fuel costs and in the process burn cash. That means the race for this market is on. Already the number of RESCOs in India has grown from a handful to over two hundred. The GSMA reported that over 20 RESCOs won contracts with Indian TowerCos in 2011, accounting for 15,000 base stations.
Saviva's conclusion is that RESCO's are waging a two-front battle: one for cheap capital and one for TowerCo clients as long-term, large-volume customers. That battle will determine the future of Tower Power. But in my mind the battle is for the real market opportunity - the 300-400 million Indians in rural India who lack electricity. Tower Power is our necessary first step, the question is which RESCOs will have the vision to make Community Power reality and capture the far larger market opportunity.