"ADHD and lead: Poisoning the mind"

Three new studies from just the past week add to the growing laundry list of evidence linking every day toxic exposures and neurodevelopmental impacts in children. Even with mounting evidence, regulators are slow to act and often have their hands tied as outdated laws given them little authority to do much of anything. Meanwhile, our children are suffering.

Nearly 12 million children (17 percent) in the United States under age 18 suffer from one or more learning, developmental, or behavioral disabilities. We've witnessed increases of epidemic proportions in conditions such as ADHD and Autism Spectrum Disorders. Whereas illness, disease and disability are undeniably the result of complex interactions among genetic, environmental and social factors, toxic exposures deserve special attention because they are preventable causes of harm. It is estimated that up to 28 percent of neurobehavioral disorders are attributable directly or indirectly to environmental contaminants, not including alcohol, tobacco or drugs of abuse. This means that in addition to those children who have been impacted from alcohol, tobacco and drug abuse, over three million children suffer from neurobehavioral disorders that could have been prevented.

Chemicals known and suspected to be neurotoxic are present in our air, water, food consumer products, homes, and workplaces -- and, according to a new project, in our bodies.

"Mind, Disrupted: How Toxic Chemicals May Change How We Think and Who We Are" is an innovative biomonitoring project that has initiated an examination of the role environmental toxins might play in undermining healthy development of the brain and nervous system, as well as potentially exacerbating the health conditions of those who already have a learning, developmental or behavioral disorder.

For the study, 12 leaders and self-advocates from the learning and developmental disabilities community volunteered to have their bodies tested for 89 chemicals known or suspected of being neurodevelopmental toxicants or endocrine disruptors, including bisphenol A, lead, mercury, organochlorine pesticides, polybrominated diphenyl ethers (PBDEs), perchlorate, perfluorinated compounds (PFCs), and triclosan.

How much evidence do we need before taking the most obvious action - making sure chemicals are safe before flooding the market with them?

We need to reform the Toxic Substances Control Act immediately, our children deserve nothing less. According to Mind, Disrupted, "A reformed Toxic Substances Control Act (TSCA) would serve as the backbone of a sound and comprehensive chemicals policy that protects public health and the environment, while restoring the luster of safety to U.S. goods in the world market."

The Safer Chemicals, Healthy Families coalition has outlined an effective reform of TSCA, which includes these ten pillars:

These are the common sense actions we need to take now, in the words of the report's authors, "to reduce exposures that may impair how we think -- and, in the most basic ways, who we are."

As each new study is released, the alarm sounds louder. When will Congress answer this wake-up call? 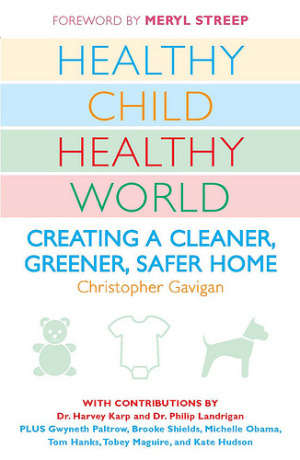 Author, Founder of The Honest Company