To xfinity (by Comcast) and beyond? ABC announced on Tuesday that it will air an all-new "Toy Story" special, called "Toy Story of Terror," this coming October. Per the network's press release, the plan is to include "all of the favorite characters" from the original three films; Tom Hanks, Tim Allen, Don Rickles, Wallace Shawn, Kristen Schaal, Timothy Dalton, Joan Cusack and Carl Weathers will all lend their voices to the new "Toy Story" special.

Here's the "Toy Story of Terror" plot, courtesy of ABC:

What starts out as a fun road trip for the “Toy Story” gang takes an unexpected turn for the worse when the trip detours to a roadside motel. After one of the toys goes missing, the others find themselves caught up in a mysterious sequence of events that must be solved before they all suffer the same fate in this “Toy Story of Terror.”

"Toy Story of Terror" should momentarily satiate fans hoping for a fourth "Toy Story" film. Earlier this year, rumors of "Toy Story 4" popped up on the internet after a Columbian radio executive posted a tweet about the film's supposed release. That, however, was shot down by Pixar, the studio behind the "Toy Story" franchise, which has a full slate of films planned between now and 2015, including the "Monsters Inc." prequel "Monsters University" and "Finding Dory," a sequel to "Finding Nemo." For conspiracy theorists out there, there was speculation that another Pixar sequel could be in the works as well, as Disney CEO Bob Iger referenced that Pixar was working on some "great sequels" in a recent shareholders chat. As of now, the only official sequel on the docket is "Finding Dory." (Cue: ominous thunderclap.)

For now, however, it's "Toy Story of Terror." Check out a first still from the special 30-minute event below. 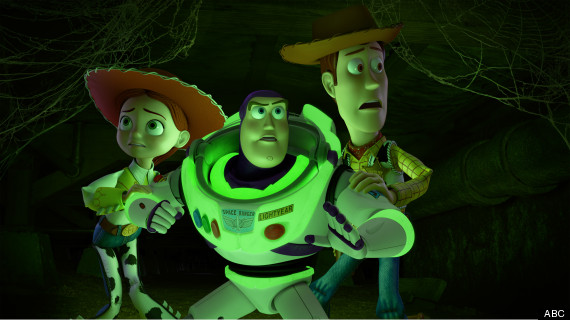