This article first appeared in the Boston Globe.

Globalization is a positive and powerful force for good, if it is embedded in the right kind of ethical and legal framework. Yet the current draft of the Trans-Pacific Partnership is not worthy of a simple thumbs-up by the Congress. Without jettisoning the purported goals of TPP, the 12 signatories should slow down, take the pieces of this complex trade agreement in turn and work harder for a set of international standards that will truly support global sustainable development.

Climate change is not even mentioned, much less addressed boldly and creatively.

The Obama administration surely negotiated the TPP in good faith, and the accord would likely add to global and U.S. economic growth. This is not a pernicious accord, the fruits of a secret cabal as some have feared. Nor is globalization an evil to be fought tooth and nail. The sad truth, however, is that while the administration promised a 21st-century agreement, we have yet another late 20th-century agreement. And we already know the likely results: economic growth at the expense of widening income inequality; excessive power of big pharma, big finance and other sectors with strong lobbying power; and the growing threats of negative-sum trade conflict with China.

The agreement, with its 30 chapters, is really four complex deals in one.

The first is a free-trade deal among the signatories. That part could be signed today. Tariff rates would come down to zero; quotas would drop; trade would expand; and protectionism would be held at bay.

The second is a set of regulatory standards for trade. Most of these are useful, requiring that regulations that limit trade should be based on evidence, not on political whims or hidden protectionism. The third is a set of regulations governing investor rights, intellectual property and regulations in key service sectors, including financial services, telecommunications, e-commerce and pharmaceuticals. These chapters are a mix of the good, the bad and the ugly. Their common denominator is that they enshrine the power of corporate capital above all other parts of society, including labor and even governments.

The fourth is a set of standards on labor and environment that purport to advance the cause of social fairness and environmental sustainability. But the agreements are thin, unenforceable and generally unimaginative. For example, climate change is not even mentioned, much less addressed boldly and creatively. 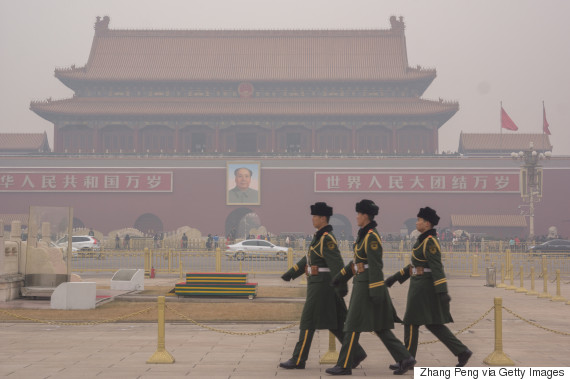 The TPP will now be considered under the fast-track authority granted to the administration in June, meaning that Congress must vote up or down on the whole package rather than pick and choose.

Ostensibly fast-track is used because multilateral trade agreements are too complex, with too many trade-offs, to be taken up section by section. Yet the result is that we are being asked to swallow the bad with the good on issues of crucial significance for the future of the world economy.

We are also being told that we must adopt the TPP so that the United States, rather than China, sets the future rules. This is naive and disingenuous. No matter whether the TPP is signed now or not, China will have a large and inevitable role in setting the rules of 21st-century trade; and why not? It is already the main trading partner of several of the signatories and indeed it will negotiate its own free-trade agreements with these and other countries. Better to work with the Chinese on the new trade structure rather than to hold the illusion that the United States will really set the terms of Asian trade and thereby court a rising contest with China that could ultimately turn into competing trade blocs or worse.

Better to work with the Chinese rather than to hold the illusion that the United States will really set the terms of Asian trade.

First, are the bad parts indeed bad enough to vote down the package, thereby jeopardizing the undoubted good of other chapters?

Second, do we truly face an all-or-nothing proposition, or rather could we agree with our negotiating counterparts on certain chapters while reconsidering others?

Sadly, the bad parts are indeed bad enough to risk the whole; yet, the partners could also agree to a more measured, step-by-step approach, since that would be in the common interest, though not necessarily to the benefit of certain powerful interest groups.

The most egregious parts of the agreement are the exorbitant investor powers implicit in the Investor-State Dispute Settlement system as well as the unjustified expansion of copyright and patent coverage. We've seen this show before. Corporations are already using ISDS provisions in existing trade and investment agreements to harass governments in order to frustrate regulations and judicial decisions that negatively impact the companies' interests.

The system proposed in the TPP is a dangerous and unnecessary grant of power to investors and a blow to the judicial systems of all the signatory countries. And as in earlier trade agreements, the United States has pushed through overly strong intellectual property rights that strengthen the aggressive pricing practices of big pharma and unnecessarily extend the copyright protections far beyond their social usefulness.

The most egregious parts of the agreement are the exorbitant investor powers implicit in the Investor-State Dispute Settlement system.

Perhaps most disappointing is the lack of creativity in the development, labor and environmental chapters. Yes, they rhetorically defend global economic development, labor standards and environmental sustainability, but they do so without specific enforcement powers. Why is it that companies can force arbitration tribunals to defend their investor rights, but workers have no such power? Why is climate change not even considered in the draft, despite the fact that it represents the most important environmental threat of the 21st century, and may have strong implications for future trade rules?

Congress should vote "no'' on the current TPP, while simultaneously endorsing its trade provisions as well as continuing the work with our counterparts on the other chapters. The current drafts on investor rights, the environment, labor and intellectual property make extravagant concessions to powerful corporate interests while leaving important social and environmental commitments vague and generally unenforceable. Globalization is indeed so important for our common good that it's of overriding significance to get it right.