Though Americans are divided on may issues, there are still a few things that we pretty much agree on. We respect The United States Constitution, and the freedoms that it guarantees. We value our right to petition local, state and federal government through ballot-initiatives that we can vote into law through our representative democracy. These are non-partisan issues. Though there are opposing opinions on how to address issues like public health, the environment and workers rights, these things are also dear to every American. A chorus of voices and organizations from all sides of the political spectrum have expressed grave concerns and opposition to the controversial Trans-Pacific Partnership. The agreement known as TPP has been negotiated in secret behind closed doors and crafted by lobbyists, bankers and corporate leaders.

Luckily our Constitution grants authority for international commerce to Congress. Unfortunately there is an effort to pass TPP without any Congressional oversight using a process known as Fast Track Legislation. The Constitution states:

[The Congress shall have Power] To regulate Commerce with foreign Nations, and among the several States... -United States Constitution, Article I, Section 8, Clause 3 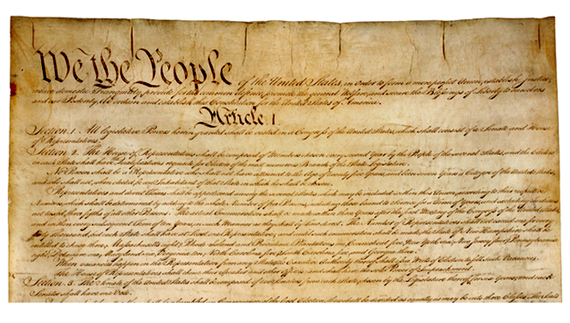 Those arguing to pass the TPP while bypassing Congress say that it is "inconvenient" for international negotiations to involve Congress. Any U.S. Official who openly is minimizing the process laid out in our Constitution deserves scrutiny.

Labor organizers like AFL-CIO have launched a campaign exposing the TPP for its dangers to American Workers:

Corporations are trying to manipulate the Trans-Pacific Partnership--a free trade agreement being negotiated right now that would be bigger than NAFTA--to increase their power over the global economy, so they have a say in everything from your rights at work to the prices of your prescriptions and the safety of your child's toys.

Environmental groups like The Sierra Club have also come out strongly against this dangerous international agreement with a large list of grievances:

The TPP will include provisions that give corporations the right to sue a government for unlimited cash compensation -- in private and non-transparent tribunals -- over nearly any law or policy that a corporation alleges will reduce its profits. Using similar rules in other free trade agreements, corporations such as Exxon Mobil and Dow Chemical have launched nearly 600 cases against nearly 100 governments. Dozens of cases attack common-sense environmental laws and regulations, such as regulations to protect communities and the environment from harmful chemicals or mining practices.

Two-thirds (68%) of Republicans say they are less likely to vote for a Member of Congress who votes to give President Obama fast-track authority. Among the conservative Republicans who dominate many primary electorates, this figure is an extraordinary 74%.

It's designed to carry forward the neoliberal project to maximize profit and domination, and to set the working people in the world in competition with one another so as to lower wages...

Senator Bernie Sanders has formally requested to see the text in the TPP in a recent letter to U.S. Trade Representative, Michael Froman:

It is incomprehensible to me that the leaders of major corporate interests who stand to gain enormous financial benefits from this agreement are actively involved in the writing of the TPP while, at the same time, the elected officials of this country, representing the American people, have little or no knowledge as to what is in it.

In the age of information ignorance is a choice and many people are organizing via social media to make their voices heard. There is a Facebook Page with great resources for people who are getting involved in the democratic process by contacting their representatives in Congress. It has a suggested script for those wanting to call or write their reps: 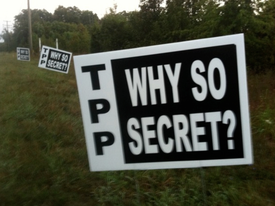 I called (202) 224-3121 and was delighted that it only took a few minutes of my day to exercise my civic duty to let my representative know that I oppose TPP and Fast Track Legislation. I was surprised that my conservative Republican representative in Arizona, Paul Gosar, was not prepared to give a clear answer on where he stands on the issue. This was a strong indicator for me that calling and keeping pressure on our politicians right now is of utmost importance.

Corporate media has a lot to gain from agreements like TPP, so it is no surprise that there is very little reporting in the mainstream news about the negative impact this agreement will have on American workers, our environment, our health, and our right to enact local or national legislation that is in our public interest. Despite the ominous way that this has been negotiated in secret, it offers a very telling opportunity to see where our elected officials and news media stand regarding issues that most Americans can agree on. If you have been feeling powerless about how things are going in politics, here's your chance to reclaim your power with one short phone call! I don't think there are very many Americans who want unelected, foreign corporations to dictate what we can and can't do in our country. It is great to finally have something we can all agree on.