Meet Tracey. The 10-year-old sheep lives with the animal rescue organization Farm Sanctuary at its facility in Watkins Glen, New York, and she is SO glad you came over.

OK, so maybe she and her sheep pals don't quite know you yet, but they come quickly when Farm Sanctuary's national shelter director and "animal whisperer," Susie Coston, calls in the video above. Tracey is clearly enjoying her new home after being neglected most of her life. 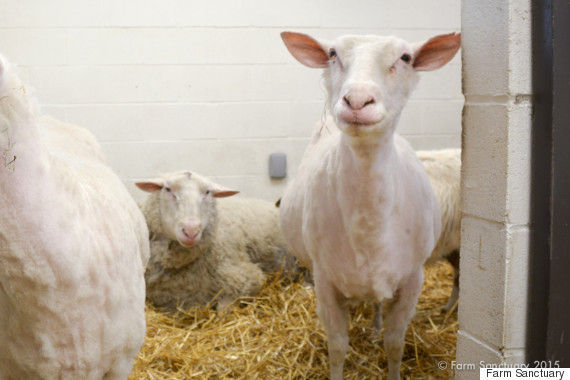 Tracey is happy in her new home.

Tracey arrived at Farm Sanctuary in January, emaciated, covered in lice and very pregnant. Thanks to the care she received, she gave birth to a healthy lamb named Hazleton in February. Louise, another ewe who arrived along with Tracey, gave birth to twins not long after.

"We had monitored Tracey night and day for weeks awaiting this birth, knowing that it was high-risk because of her advanced age and history of neglect," Farm Sanctuary wrote on its website. 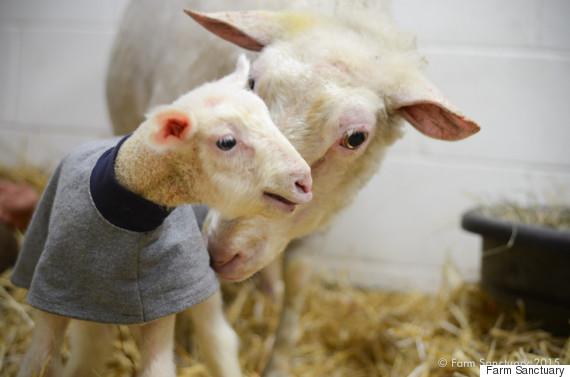 Tracey nuzzles with her lamb, Hazleton.

Tracey and Jon, Hazelton's father, were named for comedian Jon Stewart and his wife, Tracey, who are supporters of the organization.

Farm Sanctuary was founded in 1986 to spread awareness about the cruelty farm animals suffer and rescue them from abusive factory farms. Along with the New York facility, the organization operates two sanctuaries in California.