More than 2,400 years ago, the father of medicine himself -- the Greek physician Hippocrates -- identified the disease we now call stroke.

The next great breakthrough came in the 1600s, when a Swiss pathologist traced stroke to bleeding in the brain. Further refinement came in the 1920s with strokes categorized by what caused the blood vessel problem.

Considering the rapid advancements in the human body since then, it's fair to expect we have a much stronger grasp on stroke today.

And while that is mostly true, there is a troubling fact: About 200,000 strokes per year are classified as unknown; their source can't be traced, regardless of the extent of testing. These are called "cryptogenic strokes," taking on the dictionary's term for anything of obscure or unknown origin.

The need for answers goes way beyond curiosity. It could be a matter of life or death.

My organization, the American Heart Association/American Stroke Association, recently launched a Cryptogenic Stroke Initiative. The focus is two-pronged, seeking to provide resources for survivors and to help health care professionals understand the best ways to diagnose and treat these cases. Last month, we held a Cryptogenic Stroke Public Health Conference in Washington, D.C., to discuss how we can do more in this fight.

Among the experts leading the way is Dr. Mary Ann Bauman, chair of the American Stroke Association Advisory Committee and Medical Director for Women's Health and Community Relations for INTEGRIS Health Inc. in Oklahoma City. In 2012, the AHA/ASA named her our Physician of the Year.

It is my pleasure to turn this spot over to Dr. Bauman to continue this important conversation. 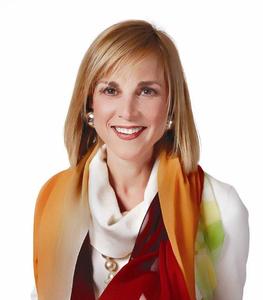 Picture a nice smooth river, the water rolling downstream, glimmering in the sunlight.

Now picture that same river with big rocks in the middle. By disrupting the water's flow, the stream can become so violent that it bubbles and foams.

In the rivers that are our blood vessels, such turbulence can cause clots. And when one of those clots works its way to the brain, the result is a stroke.

If the symptoms are recognized quickly enough for proper treatment, the victim's life may be saved. But when doctors go looking for the root cause, sometimes we can't find out why the turbulence began. It's as if the rocks in the river have somehow gone into hiding.

Sometimes the problem is an irregular heartbeat known as atrial fibrillation (afib). These episodes can come and go, and if a patient doesn't have one while at the hospital, we may not know it's there. In fact, I had one patient who endured three mini-strokes (transient ischemic attacks, or TIAs, which produce stroke-like symptoms but last only a few minutes; they're often a predictor of a major stroke) and a small stroke before we were able to capture an episode of afib.

This leads to one of the most important ways we can solve the mystery behind some cryptogenic strokes. We need our patients to be their own best sleuths.

Once discharged from a hospital after a cryptogenic stroke diagnosis, we need patients to know what to look for. Because we realize how overwhelmed the survivor and their caregivers are at such times, we've created a toolkit they can tap into with questions they should ask. This is a nice take-home item because it'll be there when they're ready to absorb it.

These answers are vital. If we can figure out the cause of the first stroke, we know what measures we can take to prevent a second one. For instance, if afib was at the root of it all, we know to treat that. (Other causes for cryptogenic stroke include structural abnormalities of the heart and inherited thrombophilias which make a person more likely to produce clots.)

Health care providers need to be looped in as well. When anyone who cares for a patient learns that the person has had a cryptogenic stroke, their sleuthing instincts need to kick in. They must go on high alert for clues that can pinpoint a diagnosis.

Alas, it's not that easy.

As part of our nationwide initiative, we surveyed 652 health care professionals, including neurologists, cardiologists, hospitalists, primary care physicians and stroke coordinators. Depending on their specialty, 51-70 percent admitted being uncertain about the best approaches to finding the underlying causes of cryptogenic strokes.

This is why another of our goals is improving the understanding of cryptogenic strokes among health care providers so that they, too, will follow evaluation protocols. If we can get them to be more vigilant in their follow-up care -- to remember that there's still an unanswered question lingering, a needle in haystack waiting to be found -- then we can prevent more of those devastating second strokes.

Let's go back to the beginning and put these pieces together to show how things could play out.

Someone survives a brain clot and, after intensive evaluation, they're among the roughly 30 percent of cases sent home with the diagnosis of a cryptogenic stroke.

They become familiar with the things to look for at home. When they detect something, they bring it to the attention of, say, their primary care physician. They also ask that doctor some of the questions from their toolkit. That doctor uncovers an underlying condition and treats it.

While this can't guarantee the avoidance of another stroke, it sure helps the odds.

And, finally, remember, even if we don't find the cause of each cryptogenic stroke, we do know that following the AHA/ASA Life's Simple 7 will reduce the risk of stroke from any cause.