Leave it to Michelle Obama to kickoff the Democratic National Convention with a seriously amazing fashion moment.

HuffPost Black Voices' collective jaw dropped when the first lady stepped out in her Tracy Reese dress. We love that FLOTUS ditched the expected red or blue ensemble for an unexpected pop of pink and dusty blue. Her bright pink J.Crew heels and bluish-gray manicure were the perfect finishing touches.

And while the first lady's look was dazzling her audience, one can only imagine how fashion designer Tracy Reese was feeling as she watched Michelle strut out in her design.

But thankfully, we don't have to! Reached for comment, Reese -- who is in the midst of pulling together her Spring 2013 collection for New York Fashion Week -- described the first lady as "incredible! amazing!"

"The whole design team was all huddled around the monitors here in the office trying to see the speech livestreamed," Reese told The Huffington Post.

After sending a few dress options to the first lady, Reese was informed that one of her designs might be chosen, but she had no idea Obama had made her selection until the moment that she stepped on stage.

This is definitely not the first time FLOTUS has wowed us in one of Reese's designs. In fact, she definitely qualifies as a fan, having worn Tracy Reese ensembles on numerous occasions and even some of them more than once.

But how did Michelle's appearance at the DNC stack up against the rest for Reese?

"First of all, the speech was so wonderful! She spoke so eloquently. The importance of her wearing our dress for that moment increased exponentially because what she said was so moving," Reese said. 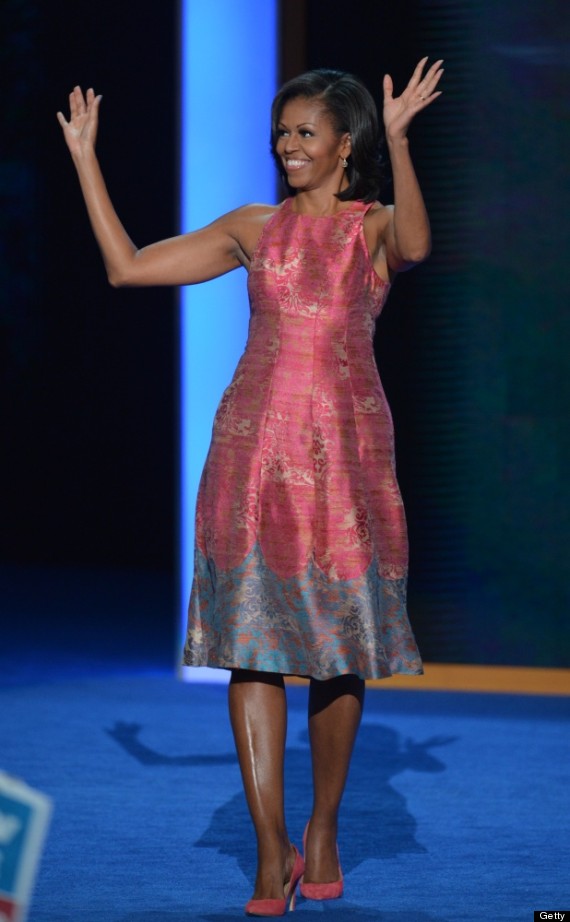