Tracy Reese promised an Afro-Cuban inspired Spring 2014 collection and boy did she deliver at Fashion Week!

Reese perfectly captured the spirit of Havana's hot streets and cool style with designs that literally pulsated with energy. An array of looks in vibrant hues, bold tropical prints and flouncy silhouettes moved with ease down the runway to the hip-swinging beats of a live 3-piece Cuban band. More nods to the Caribbean country came in the form of leather and raffia embroideries, straw hats and silk scarves -- proving Reese knows how to get her point across.

Although the New York-based designer has never visited Cuba, Reese told The Huffington Post that she was inspired by its culture along with photos and footage of the island.

"I've always loved researching culture and we found some really sick videos," she said. "The classicism that harks back to the 50's and even the street culture today is melded and merged -- young and old, black and white, everything in between. And everybody's just enjoying the rhythm."

Another eye-catching detail were the temporary tattoos placed on the shoulders, legs and backs of the models. But they're not cutesy ones you'd find in a Cracker Jack box -- these are decidedly edgy and most definitely sexy.

"It felt very street and I thought body art would enhance some of our silhouettes. It also underscores the grittiness of Cuba now," Reese said.

A bit of grit is good, but there's nothing like Reese's signature feminine flair. We spotted several fit-and-flare frocks with FLOTUS' name written all over them and plenty of options to keep Reese loyalists hoping for a short fall/winter.

As one of only two black designers presenting in the official Mercedes-Benz Fashion Week tents at Lincoln Center, we had to ask Reese her thoughts on activist and former model Bethann Hardison's letter accusing designers of racism on the runway.

"I'm so glad she's doing it. If we don't make noise nothing happens, nothing changes. Bethann keeps making noise and it's necessary," said Reese, who had eight black models walk in her show. "She started this conversation five or six years ago and the second she quieted down things reverted. How lame is that? We have to keep making noise. That's the only way we're going to see change. "

Check out the video above for a full video of Reese's Spring 2014 runway show and flip through the slideshow below to swoon over each look. 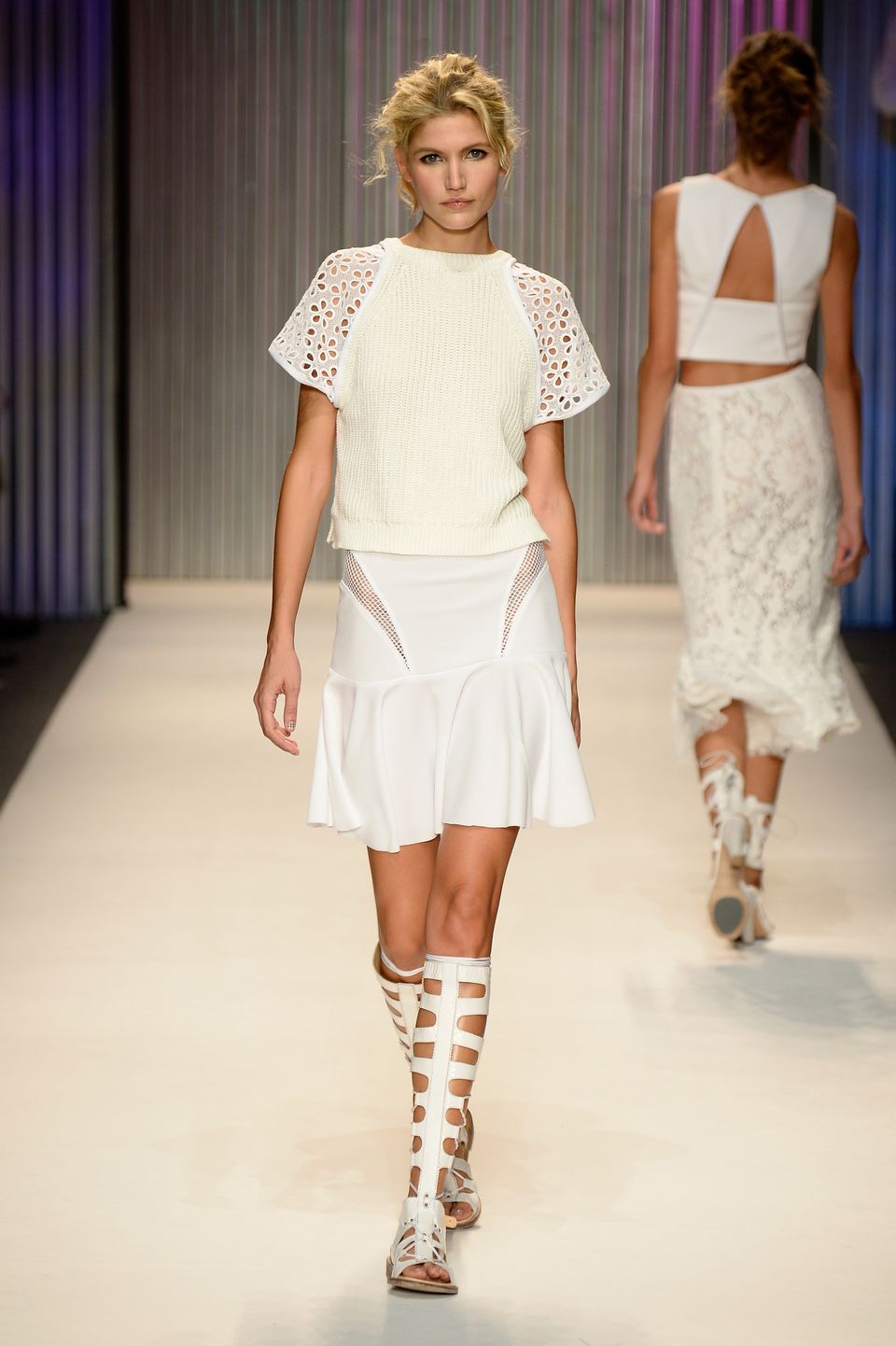