Senate Majority Leader Mitch McConnell (R-KY) does not look the part of a politician. He looks much more like a turtle, so much so that Jon Stewart on the Daily Show requested he prove that he was not an eastern box turtle or river cooter, both who, like the senator, are native to Kentucky. It would've made more sense, however, for Stewart to compare the senator to Cecil the Turtle from Looney Tunes, who bested Bugs Bunny in a footrace in the 1941-reimagining of the classic fable the Tortoise and the Hare. In the cartoon, Cecil recruits nine of of his cousins who look like him and directed them to "give him (Bugs Bunny) the works", eventually winning the race, through trickery. This scenario should sound familiar to U.S. political observers following politics since Barack Obama became president in 2008. After a historic defeat in the elections, Senator McConnell, playing Cecil, helped bring his party back to power in the House after two years and the Senate after six, by maintaining strict party-line voting and discipline during a multi-year campaign of obstructionism, blocking passage of Democratic priorities in the Senate. He was able get cooperation on this plan despite widespread insurrection in the Republican party driven by the Tea Party Movement.

Senator McConnell has done well as a party leader since Barack Obama became president. However, in this election, he not only faces his usual competition, the Democrats but also an insurgent within his own party, Donald Trump, a populist promoting identity politics and hate who while engaging a part of the electorate is alienating the rest. Senator McConnell is going to have to use all his wiles if he wants to maintain Republican control of Congress and give his party a chance to win the presidency for a responsible party candidate. There isn't much time to stop Trump, and the Senator has limited moves he can make. The best the Senator can do now is to begin negotiations in earnest around Obama's massive trade deal. They can be used to maneuver against both the Democrats and Trump. 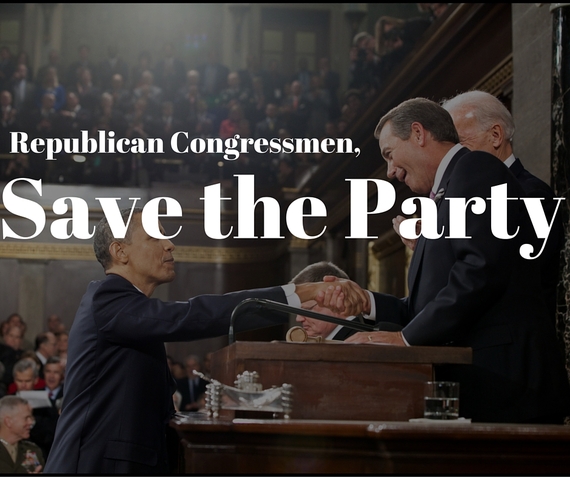 President Obama's trade deal, the Trans-Pacific Partnership, which was signed last October, is huge trade pact, the largest since the 1990s, and has the potential to allow the U.S. to shape global trade and grant U.S. companies greater access to the most dynamic region in the world, the Asia Pacific. It also, possibly more importantly, counterbalances a rising China's overbearing economic influence in the region. President Barack Obama made the pact a key goal of his foreign policy and views it as a crucial part of his legacy and the U.S. pivot to Asia. The deal now awaits Congressional approval.

Republicans in Congress have been supportive of TPP in the past, aiding negotiations in an unlikely alliance with the president and a small group of pro-trade democrats. Last year, this group passed legislation that granted the administration greater authority in trade negotiations and streamlined the Congressional approval process that would require a simple majority vote in Congress. Because of how difficult its been to pass anything in Congress thanks to the majority leader's machinations, this legislative was viewed as a crucial step for approval of the pact. However, since summer of last year, the coalition seems to have fallen apart, and support for the agreement has weakened in both parties over a campaign season that has seen presidential candidates turning against free trade, towards protectionism and populism.

In December, in an exclusive interview with the Washington Post, Senator McConnell said that he is undecided on his stance on the deal and recommends the president wait to send it to Congress until after the 2016 elections because of "significant pushback all over the place". His counterpart in the House Paul Ryan in February said that he doesn't think the votes are there, either. The fact that approval seems unlikely in the near-term is, counter-intuitively, what makes the trade deal such an interesting political opportunity.

President Obama is in his final year in office and is getting desperate and anxious about his legacy. He wants the Congressional approval of the trade deal this year and has already shown willingness to negotiate with Republicans to regain their support. According to an anonymous source of World Trade Online, lead trade official Michael Froman, White House Chief of Staff Denis McDonough and National Economic Council Jeffrey Zients in a March 14 meeting said that the administration is willing to to engage seriously with stakeholders to ensure passage of the trade deal this year. The administration has said they would work on a pharmaceutical issue of interest to Chairman of the Senate Finance Committee, which is responsible for trade, and agricultural issues, likely a reference to an outstanding objection to tobacco regulation, which Senator McConnell has signaled is crucial for getting bill passage. These demands, however, are small beans. They lack ambition. With Obama desperate to secure his legacy in his final year in office, Senator McConnell needs to recognize that he and his party have a tremendous amount of leverage. It's time to find out exactly how badly the president wants TPP done.

Senator McConnell as the Senate Republican Leader was able to unilaterally put a stop to any legislation he doesn't like. In case you're not familiar with the Senate, if a bill does not have the support of a super majority of 60 members, it generally can be blocked, unlike in the House. Senator McConnell has used this to his advantage even when from 2008-2013 he was in the minority. However, there's a saying that Senator John Thune (R-SD) used to describe the Republican policy of obstructionism, "Throwing grenades is easier than catching them." As Senator McConnell tries to make legislative deals with the president, although he has shown to be skilled at maintaining party discipline in the Senate, he may have to deal with Democrats to keep them from blocking his legislation and also to enlist the help of Speaker of the House Paul Ryan.

Getting these votes will be tough since it is primary season, and both Republicans and Democrats are skittish about supporting trade because of the populists Donald Trump and Bernie Sanders. On the Republican side, Donald Trump, one of the few Republican nominees to have been consistently, unequivocally against TPP, is at the grass-roots level creating excitement in the party. He is appealing to the white working class, which like many Americans, are understandably disappointed with high-levels of inequality. However, Donald Trump is irresponsibly channelling this disillusionment towards minority groups and the important Asia-Pacific trade deal. He has been so successful that Republican Congressmen, either nervous about losing in primary races or intent on riding Donald Trumps radical coat-tails, have been unwilling to go against him and support TPP. 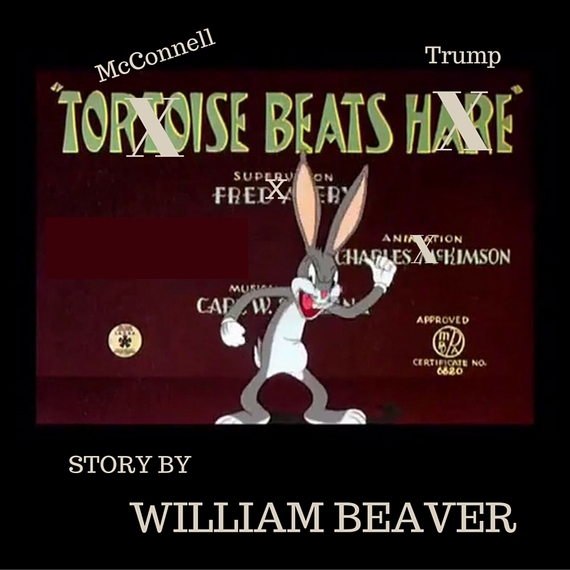 Although Republicans should certainly push any priority they think they can push the President to help pass or perhaps demand changes to the 2017 Presidential Budget, Senator McConnell should also recognize the legitimacy of the concerns of the working class and, as part of the TPP deal, promote passage of legislation to expand the Earned Income Tax Credit, which both Speaker Ryan and President Obama have proposed, and other measures like relocation assistance to help workers affected by greater competition from China. This type of legislation, which Republicans would have a great deal of leeway to shape, could be passed as part of a deal with Obama and the few pro-trade Democrats in the Senate. It would be a way for Congressional Republicans to show potential voters that they care about inequality and are able to take substantive steps to fix it. It would also allow Republicans to maintain the support of the white working class, without betraying the traditional Republican stance on free trade or resorting to populist politics that could tear the party or even the country apart.

If negotiations over TPP are successful, the Republican Party will be able to show voters that it is not just the party of no, a reputation that it understandably has developed. This year, it will be able to point to the approval of TPP and passage of legislation that is beneficial to the U.S. and the working class. Whether or not a deal is worked out, mobilizing congressmen regardless of their party affiliation to vocally support trade and the middle class through substantive policies could very well undermine Trump's appeal and make a contested Republican convention that much more likely, avoiding the horror of Donald Trump as Republican presidential candidate.

Like the vast majority of America, I am deeply concerned about the rise of Trump and the state of the Republican Party. As the Washington Post Editorial Board wrote, "the country needs two healthy parties and, ideally, a contest of ideas and ideology -- not a slugfest of insults and bigotry. Mr. Trump's emergence already has done grave damage to American civility at home and prestige abroad. The cost of a Trump nomination would be far higher." Senator McConnell is a clever politician and has shown a penchant to out-think his opponents. There isn't much time in left in this year's electoral races, however, and both his main competitors, the Democratic Party and Donald Trump, are very much still in the game. Time for some tricks.