WASHINGTON -- The European Union is pressing the Obama administration to expand U.S. fracking, offshore oil drilling and natural gas exploration under the terms of a secret negotiation text obtained by The Huffington Post.

The controversial document is an early draft of energy policies that EU negotiators hope to see adopted under the Transatlantic Trade and Investment Partnership (TTIP) trade deal, which is currently being negotiated. The text was shared with American officials in September. The Office of the U.S. Trade Representative declined to comment on the document.

Environmental groups fear the broad language proposed for the deal would eliminate key restrictions on the export of crude oil and natural gas, fossil fuels that contribute to climate change. The document marks the first major bone of contention in the EU deal, amid an outcry from environmentalists over leaked terms of the Trans-Pacific Partnership, a separate pact that the U.S. and 11 Pacific nations are also negotiating.

"Exports of energy goods to the other Party shall be deemed automatically to comply with any conditions and tests foreseen in the Parties’ respective legislation for the granting of export licenses," the memo reads, defining "energy goods" as "coal, crude oil, oil products, natural gas, whether liquefied or not, and electrical energy."

The U.S. government treats trade negotiation texts as classified information. Previous leaks concerning the EU deal have focused on lighter topics, including whether American cheesemakers can call their products "feta" or "parmesan."

By encouraging more crude oil and natural gas exports to the EU -- a massive economic force that uses a tremendous amount of global energy -- the proposal could spur more domestic oil and gas drilling and discourage the development of green energy in the EU, dealing a significant blow to efforts to avert climate change. Some environmental and citizens groups also object to the fracking process itself -- in which a high-pressure mixture of chemicals, water, and sand is injected into rock formations to release natural gas -- because of concerns that it might affect groundwater supplies.

"Encouraging trade in dirty fossil fuels would mean more dangerous fracking here in the U.S. and would push more climate-disrupting fuels into the European Union," Ilana Solomon, director of the Responsible Trade Program at Sierra Club, told HuffPost. "The oil and gas industry is the only winner in this situation."

The U.S. banned crude oil exports in 1975, and imposes a host of restrictions on the export of natural gas for both economic and national security reasons. But the president can issue special licenses to exempt some crude oil exports from the ban, and Energy Secretary Ernest Moniz said this month that he wants to consider relaxing it.

There has also been an increasing push to loosen constraints on natural gas exports from the U.S. to Europe, particularly as the conflict between Russia and the Ukraine has grown, highlighting Europe's dependency on Russian energy. Although burning natural gas produces lower emissions than oil or coal, the energy-intensive storage and shipping process -- liquefying the gas and then sending it in fuel-burning vessels -- eliminates many of its advantages. And critics of gas say that increasing exports would only increase reliance on fossil fuels, rather than speeding the transition to renewables. It would also likely increase energy prices in the U.S., although the effects of the deal would not come to fruition for several years.

Free trade agreements frequently bind all of their participants to a specific regulatory regime, hindering the deployment of future regulations in response to new problems. Trade pacts are enforced by international courts, which can issue economic sanctions against countries that violate the deals. The proposed EU language would run counter to existing environmental standards that limit the development of the fossil fuel industry.

"It expands a trend in trade negotiations of removing policy decisions from national and local governments and enshrining those policy decisions in international trade laws," said Sarah Burt, an attorney with the environmentalist legal organization Earthjustice, who has seen the document. Those negotiations, said Burt, happen outside of the public eye and are an "opaque process where trade and economics are elevated above any other values." 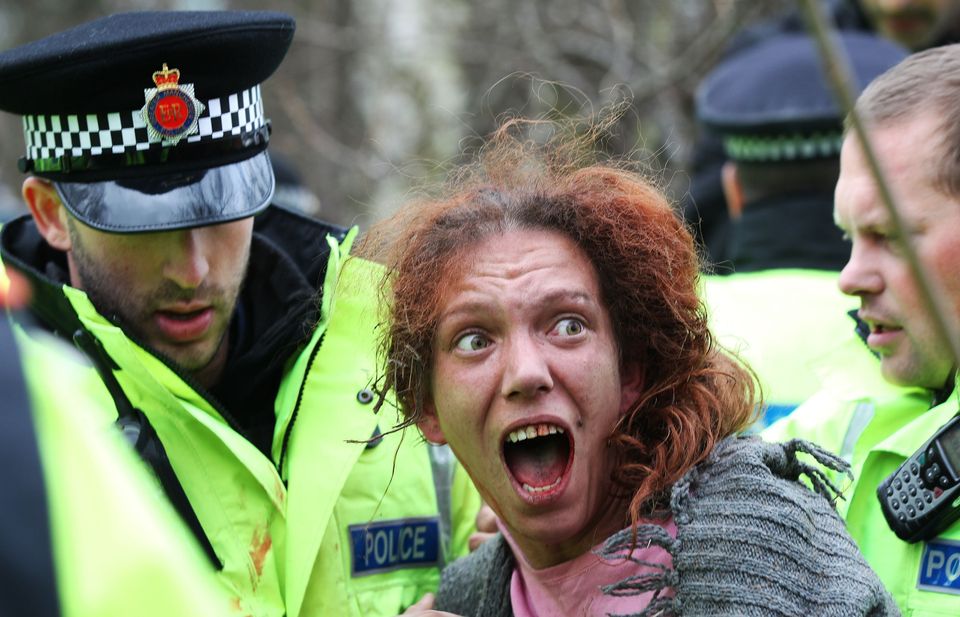