This is the second part of a two-part series. In part one, I examined how Germany regulates the sex trade. In this part, I'll look at the conditions for sex workers in Germany. 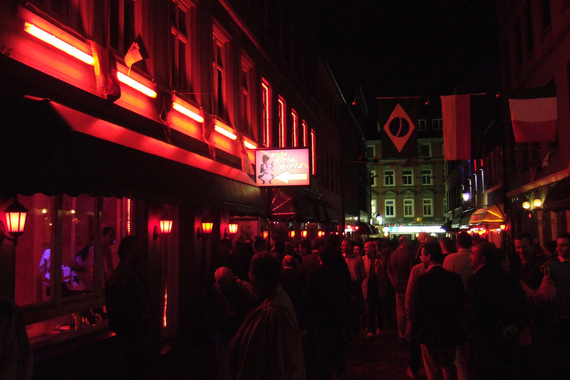 From trafficking to big brothels to plummeting prices, a lot of claim's have been made about Germany's sex trade. The country's industry has been cast a leading part in a sort of abolitionist parable: Germany is a kind of warning--an example of the Kafkaesque Babylon nations that so much as toy with the concept of liberalizing their prostitution laws are certain to decay into.

But are things that bad in Germany? And is 'liberalization' to blame?

Not according to according to sex worker advocates. Instead, they point to restrictive aspects of Germany's liberal-in-theory regulatory system, which leaves sex work criminalized in many areas, restricts sex work to small urban spaces, and often gives police right of entry to any space where prostitution is suspected, disproportionately impacts the most marginalized groups of sex workers. According to Sonja Dolinsek, a lecturer at Humboldt University and sex worker advocate, "especially the poorer sex workers or those who use drugs and basically have no money at all, they're especially affected by [penalties for working in "prostitution-free-zones]."

Below, I examine some of the "Doom and Gloom" claims about the state of commercial sex in Germany, including trafficking, big brothels, worker rights, and prices. 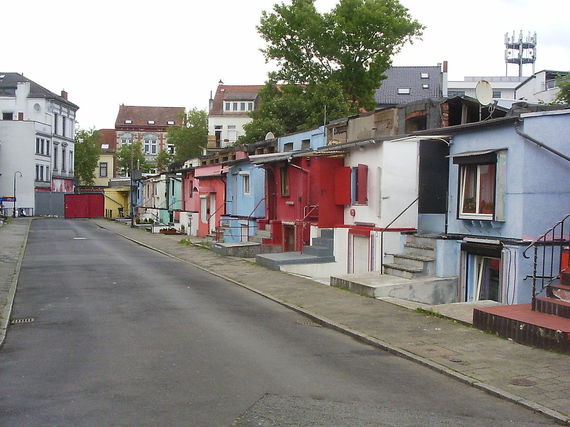 First, IS trafficking a massive issue?

Ever more surprising: the German per-capita rate of trafficking between 2010 and 2012 was lower than that in Sweden. This, along with recent criticism of how Norway--a country that also criminalizes clients and third parties, fails to investigate trafficking allegations or provide asylum or relief for victims, draws into question widespread claims that "End Demand" laws are an effective tool against trafficking.

Many have argued that formally legalizing operational aspects has made it more difficult to spot victims....but advocates say the same about criminalization, and researchers and social workers point to a different cause altogether: inadequate victims relief, and victim-blaming cops.

According to Dolinsek trafficking victims are “turned down” by the Police, and are often told they “are not victims enough: Further, “the German state hasn't had anything to offer. Victims’ rights are a very low priority and only in August 2015 did the German government ease barriers for victims of trafficking to access their rights." 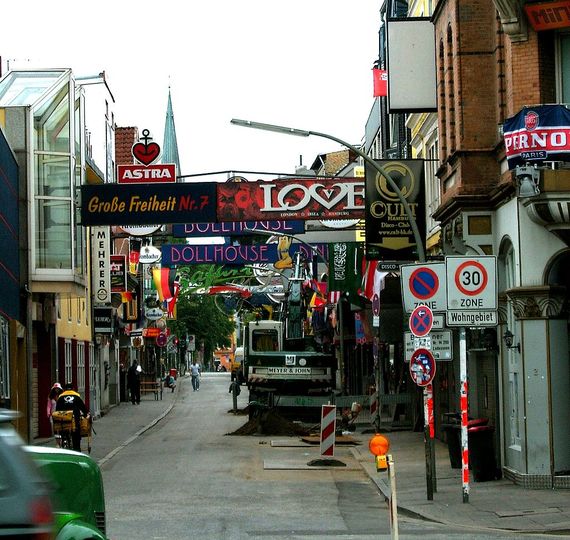 Trafficking is not Migration Nearly 2/3rds of German sex workers are migrant sex workers. Perhaps this is the ground for hubbub, and perhaps academics and journalists are confusing traffic into the German sex trade with sex trafficking. However among western European countries, Germany is not the exception but the norm: according to a 2009 TAMPEP study, over 60% of sex workers in every "old" EU country were migrants, the UK being the sole exception. However, while migrant sex work and sex trafficking are connected, they are not the same thing. And according to TAMPEP and German Federal Judge Thomas Fischer, the "the vast majority of Eastern European, African and Asian sex workers in Germany do so not because of coercion, but in order to earn money through temporary (seasonal) work."

And in Germany migrant sex work is not a post-2002 novelty: Migration shifts began as the Soviet bloc crumbled and boarders softened, and continued with EU expansion in 2004 and 2007.

But what about Big Brothels?

Did the decriminalization of operational aspects of the third party sex trade in Germany pave the way for the growth of "Big Brothels?" Not exactly. Dolinsek acknowledges that the legal change "may have increased ability of larger brothels to access investor funds" but says large complexes date back to the late 1960s. While many closed during the AIDS epidemic of the 80's and early 90s, they are "technically nothing new."

Further, restrictions rather than lack of restrictions might have something to do with the emergence of larger brothels. That Germany restricts sex work to smaller and smaller areas of large cities suppresses street work and independent sex work, and is perhaps equally responsible the growth and power of a large commercial sex establishments.

Regardless of the recent resurgence of large brothels, they haven't monopolized the market, and sex work continues to takes place in a wide variety of spaces and contexts in Germany, including streets, bars, smaller brothels, as well as the private homes of clients and sex workers. 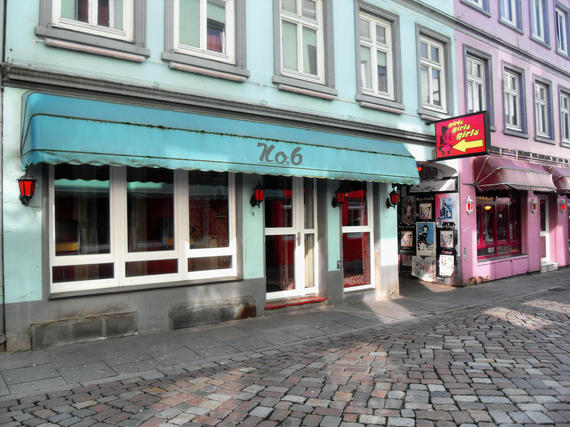 Prices have been decreasing, Dolinsek says, but not to the extent lamented in the media...and like migration and big brothels, this is a trend that started before the 2002 Prostitution Act...and one that isn't exclusive to Germany. "Other societal developments," Dolinsek says, in particular, economic inequality between Germany and new EU countries and increased labor migration, especially by women who fully or partially rely on sex work for income, has had a larger impact on lowering prices.

"It is true that for, especially for women from Eastern Europe, and men...as well, what German clients pay is a lot of money, so they're happy with less than what the German person would want." However, it's a "Tricky issue," Dolnisek says. "Some German sex workers who have bought into this rhetoric about prices falling, and...have said they would be happy if all those migrants left because then at least the business would be okay."

As for labor rights and benefits, access to health care, social security & unemployment benefits have been a major gain...but the changes in the 2002 Act have limited impact for stigmatized industry where the majority of workers are migrants, and where both migrant and German sex workers often do not conceptualize engagement in the sex trade as a permanent career.

And once again, migration and restrictions on migrant work play a key role in worker rights: According to a 2009 TAMPEP study, an estimated 56% of migrant sex workers in Germany were from nations without work permissions. And until recently , migrants from 2004 and 2007 EU acquisition countries, an estimated 42% of German sex workers, could only engage in self-employed work without acquiring residency and a work permits.

Thus, despite major moral panics over "Flat Rate Brothels," (which, employ sex workers but, despite circulated claims, don't prevent sex workers from declining clients and are really not that bad) the vast majority of Germany sex workers work as "Independent contractors," meaning most aren't benefitting from the labor rights the 2002 Act was intended to grant.

For anyone who has followed the surge of labor rights suits by erotic dancers in the United States, labor rights issues in German brothels will be strikingly familiar. As independent contractors, German sex workers are often required to pay to work, and according to Dolinsek, "The highest pressure point, especially if you work in brothels, is the rent you have to pay. [T]here is a very high rent for the rooms." Just like American dancers, who face high house and stage fees (and sometimes poll taxes), German sex workers pay entry or room rent, ranging from 80-150 euro, and sometimes a 7-30 Euro pre-tax on top of that. So like U.S. dancers, many German sex workers start off work "in the minus" and the first chunk of their profits go towards "breaking even."

Where did this discourse begin?

Judge Fischer calls it "moralizing nonsense." Dolinsek points to strategic opportunism around Germany's failure to meet a 2011 EU directive on trafficking, and the visibility of the sex trade.

Ultimately, there are problems with Germany's sex trade...but not the problems getting media buzz. And as irritating as this discourse is for sex worker advocates, the harm of these myths is not only discursive... it leads to policies that address imagined problems of imagined sex workers...not the real problems of real people involved in the sex trade.