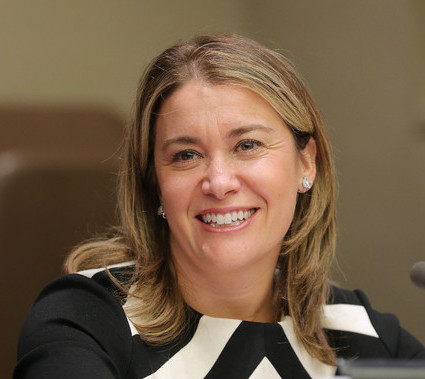 "Don't focus on the exit, focus on the journey and how you are going to get to whatever goal you set for yourself. Things change along the way, and not everything works out the way you want it to. You'll miss opportunities if you are focus on a finish line that is different than the one you are supposed to cross."

Heidi Messer has been an active entrepreneur and investor in the digital economy since the commercialization of the Internet. She currently serves as co-Founder and Chairman of Collective[i]™. Collective[i] (short for Collective Intelligence) is reinventing the way enterprises manage revenue. Collective[i] hosts a global network called intelligence.com, powered by predictive analytics and machine learning, that converts what is often referred to as "Big Data" into insights and intelligence to manage and grow revenue and delivered directly via finished applications to business professionals managing large sales, marketing, customer support and services teams.

In addition, Ms. Messer is an active angel investor in and advises numerous startups including Perch, DoDo Case, Mogul and Spire.

Prior to Collective[i], Ms. Messer and her brother, Stephen Messer, co-founded LinkShare Corporation, host to one of the world's largest online affiliate networks representing the world's premier publishers and merchants on the web. The company is widely considered to be a pioneer in the world of SaaS, digital advertising and the sharing economy. Under Ms. Messer's leadership, LinkShare was recognized by Deloitte and Touche for two consecutive years as the fastest growing technology company in New York Region.

Ms. Messer served as a board member, President and Chief Operating Officer of LinkShare until its sale to Rakuten(4755:JASDAQ) for $425 million in 2005. Ms. Messer is a frequent speaker at conferences around the world and universities on entrepreneurship, digital marketing and advertising, business intelligence and the future of Internet services. She has been cited in various publications including, the New York Times, the Wall Street Journal, Inc. Magazine, Vogue, the NY Post, The Nikkei, Women's Wear Daily and Chief Executive Magazine. Ms. Messer has also appeared on national television and radio programs including the Today Show, Rock Center with Brian Williams, Business Talk Radio, ABC News, CNBC, Fox News, CBS Morning News and the Fox Morning Show.

Ms. Messer has received several honors including being selected as one of 2012's 100 Most Intriguing Entrepreneurs by Goldman Sachs. Ms. Messer serves on the board of AB (formerly known as Alliance Bernstein, NYSE:AB), the Partnership for NYC, the Brown Women's Leadership Counsel and the Brown Entrepreneurship Program as well as advisory boards for the Department of Physics and Astronomy at Johns Hopkins, Dell Computers, NBC Universal and American Express OPEN.

My parents, especially my mother, who took over my father's business when he passed away very suddenly. She grew his real estate company several times its original size and raised us at the same time and is a tremendous role model for us all. To this day, she is my biggest support network. What I most admire about her, is that she was in a very male-dominated industry, in a business that was low margin, with very little glamorous appeal to it. She faced so many obstacles and the challenging situation she was thrust into with such dignity, and still managed to maintain her integrity, empathy and femininity. I admire her enthusiasm for her life and that despite all her challenges, she still encouraged us to dream and focus on education. My mother made this tremendous personal sacrifice without any bit of anger or resentment and turned it into a whole positive. I really admire her resilience, drive, commitment to family, learning the game of business and excelling at it - she is such an extraordinary person.

"I am very lucky to be surrounded by extraordinary entrepreneurs including my husband, Tad and brother, Stephen. I have a distorted worldview, because I grew up with entrepreneurs, married one and have for the majority of my career worked with entrepreneurs, a lot of whom are my best friends. It's hard for me to imagine what it's like for people who don't have a network like that."

Enabling millions of people to have financial freedom with LinkShare. With LinkShare, it was amazing to watch what now has become what people call 'the sharing economy' evolve and be at the forefront of that. I enjoy taking people who have unique talents and give them a vehicle with which to earn a living through those talents, without having to be dependent on somebody else. It's the same goal I have with Collective[i]. Collective[i]'s mission is to help sales professionals and the enterprises they work generate more revenue by augmenting human greatness with artificial intelligence. It's distressing to me to see that 25% of sales professionals lose their jobs every year because of uncertainty that can be eliminated with Collective[i]'s network of machine learning and data driven intelligence. My prediction is that just as in LinkShare's case, B2B sales teams will look back at a world without Collective[i] and intelligence.com as unimaginable.

I think the biggest challenge is not being able to spend more time with other women entrepreneurs. We are at such a moment in time for so many things. Entrepreneurs are universal optimists and it's the best time to be an entrepreneur, specifically to be a woman entrepreneur. It's very powerful when you combine the power of networks. I believe that for a network to be successful, you have to put in more than you take out. For me, creating this network with women entrepreneurs, whether through my poker game or other things I do behind the scenes, I wish I had more time to do more of that.

For both Collective[i] and LinkShare, it has been finding a problem people had become so accustomed to that they thought it was unsolvable and finding a simple but brilliant solution that we laser focused on bringing to market. Key factors were 1) a big enough problem, 2) a solution that was realistic for people to adopt and 3) staying focused and true to the mission, vision in terms of execution. Those are the three keys to success for both companies. The hardest thing for entrepreneurs to do is focus. Part of being an entrepreneur is having an open mind to new ideas, accepting innovation, being resilient and agile. With those strengths it's particularly hard to keep focused, because you'll hear new ideas that you know are profound and impactful. You'll know there is potential for your business to do a million things that maybe at this moment you are not capable of doing.

If you could do one thing differently, what would it be?

To apply what I have learned to solving more problems. I'm not one of those people who can focus on five businesses at one time and have the outcomes I want. I wish I could channel my inner Jack Dorsey and be able to really scale some of the things I bring to Collective[i] to other types of problems.

First of all, be confident in who you are. I've never met an entrepreneur who didn't have more naysayers when they started than cheerleaders. It requires an extreme level of confidence to go forth and execute on a vision, when you don't have people telling you how smart you are all the time. Secondly, do something you are passionate about.

"People say you should write a book when you know it's something you have to do and it's the same with starting a business. You have to start one when it's something irrepressible that you can't stop thinking about it."

Lastly, don't focus on the exit, focus on the journey and how you are going to get to whatever goal you set for yourself. Things change along the way, and not everything works out the way you want it to. You'll miss opportunities if you are focus on a finish line that is different than the one you are supposed to cross. It's really hard to enjoy the journey because everything is so opaque when you are in it. When I look back on my journey, the things I enjoyed the most were a lot of things that had nothing to do with the outcomes. Some of the people I worked with are part of my family now and will be forever.

Right now, the world looks at entrepreneurship like a career. If you are not an entrepreneur there is something wrong with you, you are not doing what's the norm. A lot of people feel that entrepreneurship is their lottery ticket, yet I've never yet met an entrepreneur who does it for that reason. For me, it's like I'm an artist and see something the rest of the world doesn't see and I'm going to create it and share it with them. I'll figure out a way for them to see the portrait in its most favorable light by spending time painting the portrait.

I asked my team this question to get their perspective. What they said was: I am direct, transparent and purpose-driven. From my perspective, I'm very fixated on finding people I can trust and respect, who I believe have the ability to grow and scale. As a leader, for me the most important thing is to spot and develop extraordinary people. Once someone on my team has earned my trust and demonstrated that they are capable, driven and can execute, my role is to pave the way for them to highlight their talents. To that end, I prefer direct dialog to hierarchy, politics or fanfare and don't want to be the only person in the room with ideas. I am very outcome-oriented and believe that teams win or lose together. My role as a leader is to set the strategy and work with my team to figure out the best way to execute.

I would tell her to worry less because it doesn't change the outcome. A friend once told me her husband described it as "worrying like it was a sport". I think that's a great description of a normal reaction to not knowing what the future holds. Unfortunately, it doesn't improve outcomes. Worrying is not a sport, it won't help you get in better shape or win a race! I think that's true.

To build Collective[i] into the largest enterprise software and data network in the world. Building it brick by brick, client by client. That's what I focus on every day. There is no shortcut.

"I am so optimistic about the future. We are truly living in a golden age, so don't miss out on any of it! Never stop being appreciative."