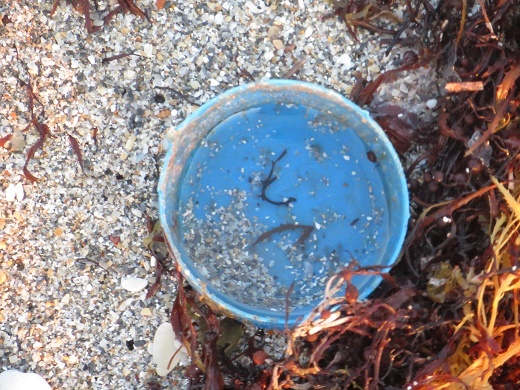 A few days ago I was in Buenos Aires, Argentina, and saw multiple ads on the streets inviting citizens to gather in their neighborhood square on Nov, 13, at 8 p.m., with pots and pans, to protest against perceived government's corruption. Some close friends who know my passion for activism invited me to join them in that event. "But you know," one reflected, "I'm not sure it makes much sense. We have been going to several gatherings, but each time there are fewer people, the media doesn't really report on it, and nothing changes," she said. I could hear the disappointment in her voice, but more than that, I could feel a tired disempowerment.

A conversation ensued exploring what the purpose of those public gatherings was, and the expectations she had about what would happen. Is it to change something? Or is it perhaps to give a sign that we are watching and unhappy? Or to help others become aware that speaking up is an option? A reminder that power is given, not taken? I reflected how the "sustainability movement," a cause with which I have been engaged for the past decade, was also a way to raise awareness, to propose and to protest -- in this case against current practices of consuming, polluting, using up resources, damaging the ecosystem, doing business, subsidizing practices that were for the short-term benefit of a minority while harming the livelihood or interests of the planet's majority. An overwhelming picture of reality, with powerful players that we mostly don't have access to, yet whose decisions, small and large, impact our life and that of future generations for perhaps centuries.

It is difficult to imagine a more diffuse scenario; viewing it is like straining to see shapes on a foggy night -- we know there is something out there, but only see imprecise shadows. I shared how even in those circumstances it was important to participate, to join others, to gather. A recent keynote speech of Annie Leonard at the Association for the Advancement of Sustainability in Higher Education in Portland, Oregon came to my mind, where she observed that in the U.S. we have a very well developed "consumer muscle" but very poorly developed "citizen muscles." We are not used to participate, to protest, to speak up joining other voices, Leonard indicated, and invited the audience to reflect on what lack of participation meant. When we endure a situation that we consider wrong, without speaking up -- in whatever way fits us best -- we are relinquishing our own power and at the same time unintentionally empowering the other we disagree with, in silence. 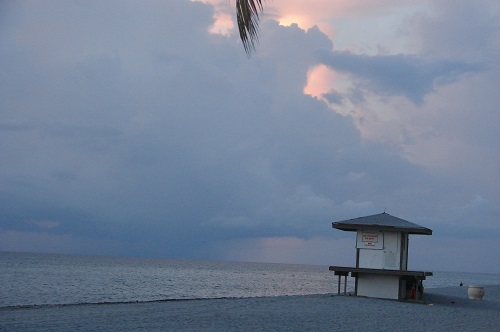 This morning I was back home, and went to my sunrise walk on the beach, a time that helps me meditate, and also pick up garbage littering the shore. I recently started Naomi Klein's book This Changes Everything, where in the introduction she presents a realistic and consequently dismal picture of our global challenge. The conversation with my friends came to my mind, and I asked myself if I really thought that I could make any difference, or if things were already way too advanced, if in fact the global warming train had, so to say, left the station and we were just moving towards inevitable collapse. Lost in my thoughts I picked up a soda plastic cap. A few steps further, I saw a plastic soda cap. I picked it up, automatically. A few steps further, I saw a plastic soda cap. At that point my attention came back into the present. Didn't I just pick up this plastic soda cap!? As a matter of fact, didn't I just pick up two plastic soda caps, exactly the same, in the (same?) place? I looked into my bag and confirmed, that yes, I had picked up three caps. I understood that what seemed like a trickster joke, was a wake up call. Yes, the caps seemed the same, yet each one of them counted. Yes, they were small, yet they equally contributed to pollute the water, disintegrate, become micro particles of petrochemical material ingested by fish and merged into ocean soil. Yes, the insignificant action of picking it up did matter, and it had to be done repeatedly, again and again.

Are you seriously believing that you will halt ecosystem collapse by picking up a plastic soda cap?, one of my inner voices challenged me. I don't know, I replied to myself. It may not be about a soda cap, it may be about the attitude -- of going out and doing something.

"If you are alive today, you've a role to play." Where did I read this?