Successful leadership, like happiness, is one of those things that everyone claims to have the "secret" to. There are more than 27,000 leadership books on Amazon, thousands of seminars on leadership skills held in conference rooms across the country, and countless articles in business magazines and websites pruning leadership lessons from CEOs and corporate movers and shakers.

But leadership isn't just about sitting at the top of the corporate ladder and running the show -- it's a way of engaging with your social network, community, colleagues and employees to share a vision and unite people in pursuit of a common goal. Good leadership brings out the best individual qualities of everyone participating.

So what does it actually mean to be a good leader? There are many different ways of leading, but great leaders have a few important habits that anyone can cultivate in themselves.

They dare to fail. 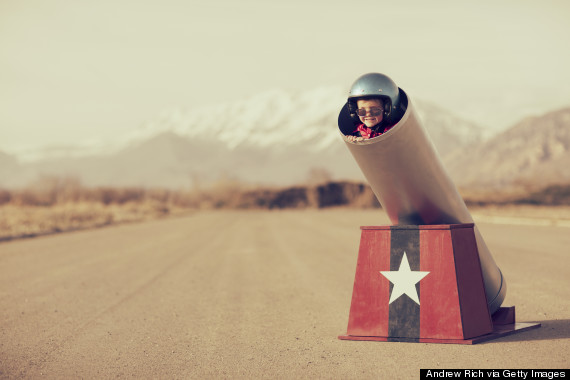 Resilience -- the ability to effectively cope with losing, failing, and not getting what you want -- is an important quality for anyone to cultivate in order to achieve success and well-being, but for leaders, it's essential. To lead well is to risk failure, and resilience helps leaders to bounce back from the inevitable hardships and setbacks that risk necessitates.

Failure can work powerfully in either one of two ways: It can be the greatest teacher and motivator for future success, or it can keep you from ever taking a risk (and hence achieving something great) again. Great leaders know this well, and they've learned to use failure, as Arianna Huffington puts it, "as a stepping stone to success."

Huffington, the editor-in-chief of The Huffington Post, says that great leaders "dare to fail" -- just read the biography of any leader you admire, and you'll find a story of failure.

"When I ran for governor of California in 2003, it was a failure--but I learned a tremendous amount about the power of the Internet," Huffington said in a conversation with Inc. "I also learned a lot about myself, about communicating, being able to touch people's hearts and minds, and listening. All the things that were ingrained in me during the campaign definitely had an impact in forming The Huffington Post." 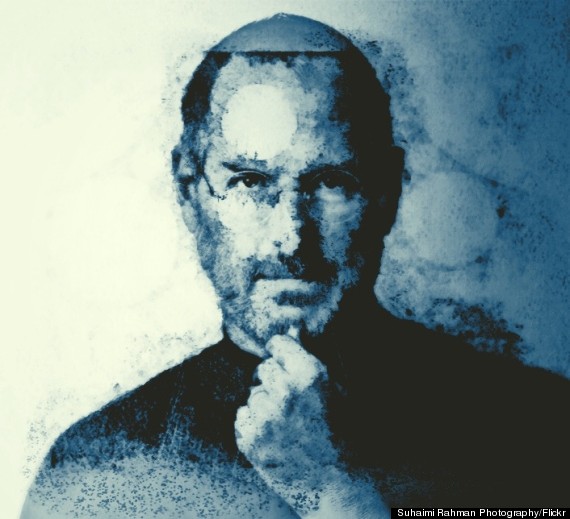 "Apple's core value is we believe that people with passion can change the world," Steve Jobs said at a 1997 internal meeting on Apple's "Think Different" ad campaign. "And that those people who are crazy enough to think they can change the world are the ones who actually do."

Watching Jobs address employees, it's impossible not to feel his intense passion and purpose. The ad campaign, which celebrates people throughout history who have expressed that same drive and passion, "touches the soul of the company," Jobs said.

"I don't think there is another company on earth that could have done this ad," he added.

Purpose drives the greatest leaders, like Jobs, to create a meaningful product or accomplish a goal that transcends the company's bottom line -- and to think of the company as having not just a bottom line, but also a "soul." In doing so, they inspire their employees to work to their highest potential to fulfill their larger vision.

"Purpose leaders don’t manage; they mesmerize. They don’t execute initiatives; they lead crusades. Their brands are not labels but flags that should evoke the kind of patriotism we have for the countries we live in," Joey Reiman, CEO of BrightHouse, wrote in The Story of Purpose: The Path to Creating a Brighter Brand, a Greater Company, and a Lasting Legacy. "These leaders want to change the way the planet works -- or as Apple’s Steve Jobs is widely quoted saying, 'to make a dent in the universe.'" 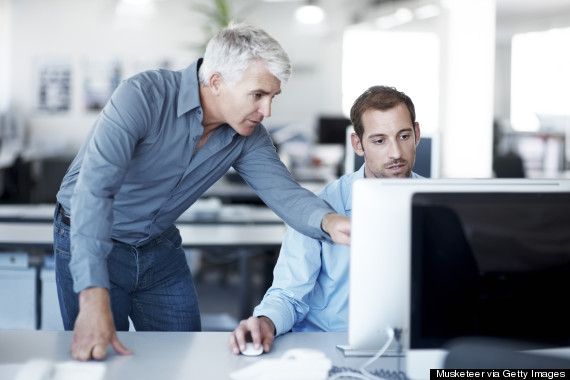 There are three types of people in this world, according to organizational psychologist Adam Grant: Givers (those who prioritize helping others), takers (those who help themselves) and matchers (those who seek equal benefit for self and other). After investigating years' worth of psychological studies as well as conducting his own research, Grant concluded that givers are the most successful.

"Givers bring out the best in others," Grant told Business Insider in April. "One big part of that is seeing more potential in people than they see in themselves. Givers are often looking at the people around them as diamonds in the rough, investing in such a way that they're able to allow these people to achieve greater potential than they thought possible."

Givers also become role models and change behavior norms for the group, Grant explains, making others more likely to help each other and share knowledge -- which can ultimately contribute to an environment of greater creativity and innovation.

They give themselves a break. 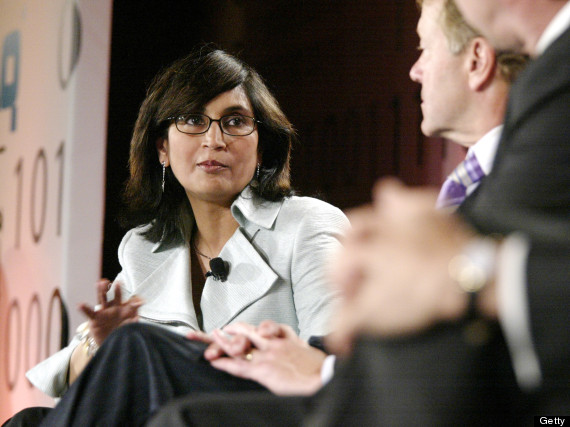 What do Marissa Mayer, Richard Branson, Sheryl Sandberg and Michelle Obama have in common? These highly successful leaders all insist on taking regular vacations. Cisco CTO Padmasree Warrior -- who oversaw more than 22,000 employees in her previous role at Cisco -- makes time for meditation every day, and does a digital detox every Saturday so that she comes back to work every Monday feeling ready to tackle the week ahead with a sense of calm clarity.

Great leaders have ambitious goals, and they work hard to achieve them. But they also know that workaholism and burnout won't get them very far, so they take time to rest and recharge in order to boost their creativity and mental sharpness. It's difficult to be an effective leader when you're burnt out, sleep deprived, and addicted to your smartphone. Taking regular personal time -- whether it's a daily yoga practice, Saturday tech sabbatical, or twice-annual vacation -- keeps leaders mentally sharp and ready to take on new challenges.

For some leaders, like Virgin Group CEO Richard Branson, vacations can even provide an unexpected source of business inspiration.

"When you go on vacation, your routine is interrupted; the places you go and the new people you meet can inspire you in unexpected ways," Branson told Entrepreneur. "As an entrepreneur or business leader, if you didn't come back from your vacation with some ideas about how to shake things up, it's time to consider making some changes." 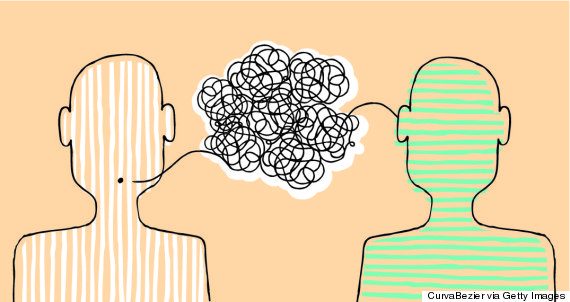 Bill Clinton has a startlingly simple secret to success: the former president gives everyone he meets his full, undivided attention. Countless anecdotes about Clinton suggest that his legendary charisma stems from the full focus he gives to every person he meets, and it's made him one of the greatest political communicators in recent history.

Clinton was known, during his early career, for connecting with the people he was leading, looking them in the eye, and listening to what they had to say. He embodied an important trait of great natural leaders: They genuinely care about others, and no matter how busy they are, they always give people the time of day.

"All my life I’ve been interested in other people’s stories," Clinton wrote in his autobiography My Life. "I wanted to know them, understand them, feel them."

Clinton's superior powers of attention only highlight to our larger cultural "attention deficit" that can have a significant negative impact on the way we communicate and interact with others. Paying attention to people might not sound too difficult, but consider how often we actually do this. Technology has contributed to a decline of eye contact, and multitasking has become so much the norm that we often check our email or text while conversing with others. Even when we're not multitasking, research suggests that we only give people roughly a third of our attention -- but a great leader knows that everyone they work with deserves more than that.

They seek out new experiences and ways of thinking. 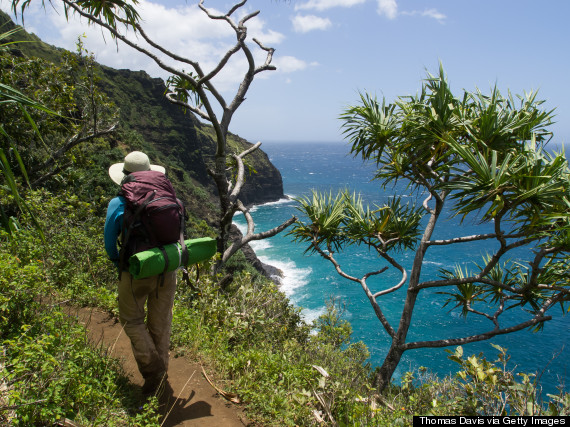 In a competitive and rapidly changing world, creativity is an increasingly important quality for leaders to cultivate to keep their businesses or ventures ahead of the curve. A creative leader is one who keeps an open mind.

Leaders need to have a flexible and fluid mindset to adapt to changes and new challenges, which is fostered by being open to new perspectives and ways of doing things. This is one of the reasons Silicon Valley entrepreneurs love Burning Man so much -- the annual art and counterculture festival in the Nevada desert is a breeding ground for unusual ideas and experiences.

But great leaders don't have to hit the desert to keep coming up with innovative ideas and strategies. They simply make a practice of keeping their minds open and explorative, or as Steve Jobs put it, making their "bag of experiences" as large as possible.

They empathize with others. 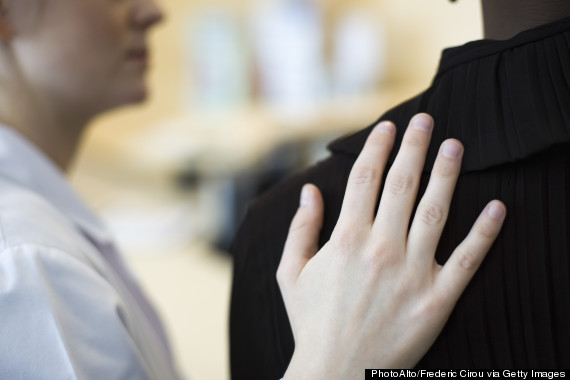 We don't often think of empathy as being a characteristic of the American workplace. But leaders who are kind and empathetic -- who truly care about the people who work for them -- are some of the most effective managers out there, inspiring others and naturally drawing people to their side. A leader who displays empathy is better equipped to connect with others and understand their perspectives. In turn, they are able to call on these relationships for support when they need it.

Jayson Boyers, vice president of continuing professional studies at Champlain College, goes so far as to argue that empathy is the single strongest force that moves businesses forward.

"Successful people do not operate alone; each of us needs the support of others to achieve positive results that push us toward our goals," Boyers writes in Forbes. "True empathy combines understanding both the emotional and the logical rationale that goes into every decision."

If you're a leader looking to develop your emotional intelligence skills, Google's Search Inside Yourself Leadership Institute offers some exercises for cultivating kindness and empathy in the workplace.