A unique, very small group of students who shared a particular struggle in their path to a diploma was among the millions of the nation’s college graduates who tossed their caps into the air this past weekend.

That group is those students who identify as transgender, or gender non-conforming, gender-fluid or any other number of terms that continue to crop up describing those who do not identify with the sex they were assigned at birth.

Although ever-increasing numbers of college campuses and universities across the country are instituting new policies that are inclusive of trans students -- such as the all-female Smith College’s move earlier this month to open its admissions policy to include transgender women -- the deck is largely still stacked against this oft-overlooked student population.

“By and large, campuses today want to be LGBT-friendly,” explained Shane Windmeyer, co-founder and executive director of Campus Pride, an advocacy organization working to create a safer college environment for LGBT students. “They sometimes know what the ‘B’ stands for, and when it comes to the ‘T’ there’s still a huge learning curve to even understanding and being aware, much less having trans-inclusive policies.”

The problems start early for trans and gender non-conforming youth looking forward to a college education. As reported by the National Transgender Discrimination Survey, published in 2012 by the National Center for Transgender Equality and the National Gay and Lesbian Task Force, trans youth experience alarmingly high levels of harassment, physical assault and sexual violence. The harassment is sometimes so disruptive that nearly one-sixth of survey respondents reported leaving school in grades K-12 or in a higher education setting.

Nearly one-fifth of respondents to the survey also reported being denied gender-appropriate housing in a higher education setting, while 5 percent were denied campus housing altogether. Eleven percent of respondents also reported that they lost or could not receive financial aid or scholarships because of their gender identity or expression.

Once on campus, trans students also sometimes face obstacles when it comes to changing their gender markers and preferred names on university records; to accessing safe restrooms that reflect their gender identity both in a housing setting and around campus; and to accessing student health insurance coverage inclusive of trans-related surgeries, such as hormone therapy or gender confirmation surgery. Only one college in the U.S., the University of Arizona, has developed a transgender studies program that will allow trans students to learn about their own history.

All of these concerns are just part of a much larger problem, according to Eli Erlick, a student at Pitzer College in Claremont, California, and a trans activist -- she is the director and co-founder of Trans Student Educational Resources, a youth-led group that is working to transform the educational system for trans and gender non-conforming students. 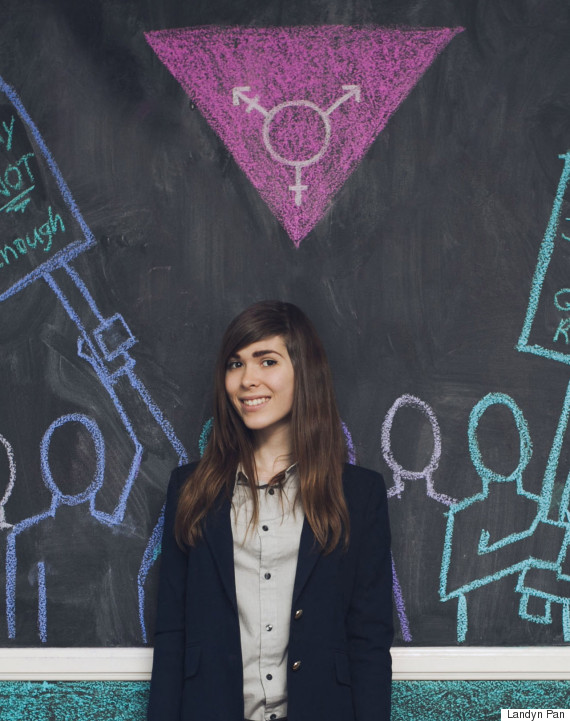 Erlick argues that even the schools that have done a better job than others on trans inclusion have often been more reactionary than proactive, with many schools only being pushed into action after an out trans student has a negative on-campus experience. Still other schools may enact trans-inclusive policies but don’t follow through with them in a meaningful way.

“Most colleges don’t pay enough attention to this until they have a student negatively affected by policies they may or may not have, but we’re encouraging colleges to solve problems before they happen,” Erlick continued. “The change is happening very fast, but there’s a long way to go.”

The majority of the schools that have already taken action on creating a safer and more welcoming climate for trans students are located in urban or progressive areas that have typically already been working on gay and lesbian issues for some time, Windmeyer noted. His organization’s ranking, published in 2012 in partnership with Advocate magazine, listed the nation’s 10 most trans-friendly universities and campuses, half of which were located in New York, New Jersey or California.

But schools in other parts of the country are also taking positive steps to make their campuses more trans-inclusive, often thanks to an out trans or gender non-conforming faculty member or student pushing for change.

Among them are the University of Pennsylvania, which leads the way in gender-affirming health care and has hosted an annual Trans* Health Conference for the past 13 years. The University of Michigan-Ann Arbor’s Spectrum Center offers comprehensive information on gender-inclusive restrooms and housing options on campus, as well as opportunities for trans students to travel to conferences to connect with other students. And the University of Vermont attracted national media attention earlier this year when it adopted a new policy of allowing students to officially identify their preferred pronouns, including a gender-neutral option, through the school registrar’s web portal. 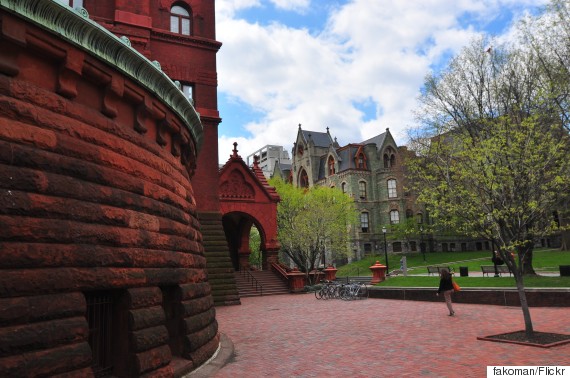 Still, Southern, rural, conservative and historically black campuses have been slower to take action, Windmeyer says, though not for a lack of students wanting it. As more and more young people are thinking about gender in non-binary terms, Windmeyer argues schools ought to take action sooner than later -- not only because it is the right thing to do, but also because he believes being inclusive benefits a campus's bottom line, too.

“We still live like we’re in the 1960s when it comes to trans issues and we’re way behind,” Windmeyer said. “It is slow work and there are more and more gender non-conforming, non-binary trans people who are young who are expecting a safe learning environment, so colleges have to play catch-up very quick.”