A daily political and social struggle.

It was this idea that motivated two students from the UFMG (Federal University of Minas Gerais), Mariana Moraes and Daniella Rodrigues, to create a 2015 calendar using only transgender models.

"'Geni: A photo shoot with transitioned bodies' wishes to present to a transphobic society, the violent producer of invisibility and barriers in which we live, that everyone can and should be recognized as human beings, and not be sorted by gender. We seek to exploit the performance potential that exists within these bodies and that clashes with the established stereotype, pointing out the possibility of breaking certain stigmas," says Mariana, emphasizing the project's social importance.

According to the organizers, "Geni" is a project that calls into question the representation of transgender bodies, while shifting these people from a place of marginalization to a place of visibility.

"We were able to break some physical stereotypes too," adds Daniella Rodrigues.

Below are images from the calendar, which you can download here. 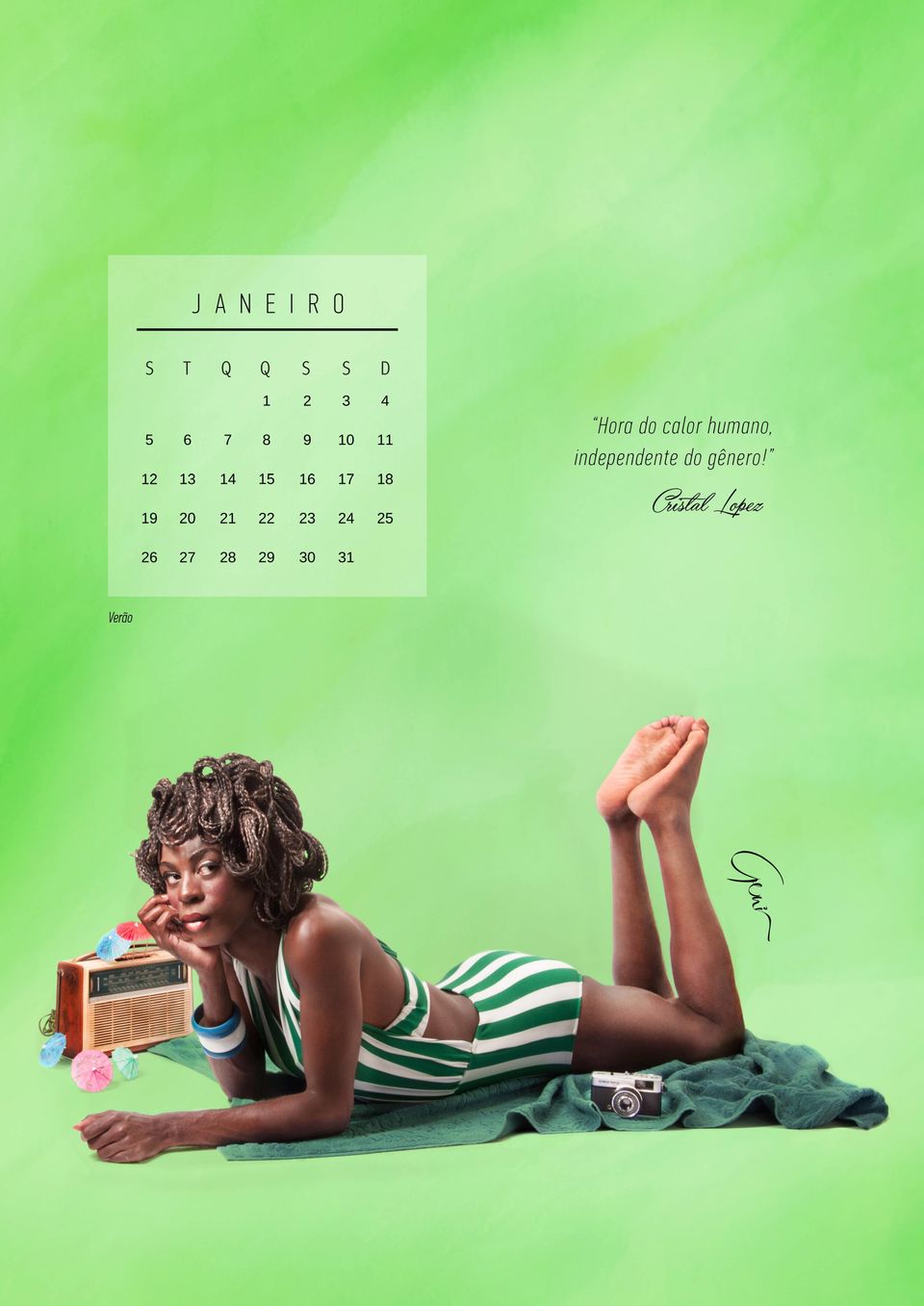