What might have been a sleepy mid-summer South Dakota pipeline permitting process turned into a major headache for TransCanada and supporters of the controversial Keystone XL tar sands pipeline this week when new evidence emerged about the pipeline builder’s depth of knowledge of the serious corrosion with its existing Keystone pipeline system, and the lack of market demand for Keystone XL.

At the South Dakota Public Utilities Commission hearings this week in Pierre, attorneys for tribes and community groups fighting against the pipeline asked some tough questions of TransCanada’s witnesses based on a document previously entered into evidence — a move that took TransCanada by surprise, even though it was the company’s own report.

The TransCanada document — first made available online by DeSmog — is a ‘root cause analysis’ of the serious corrosion problems discovered on its Keystone 1 pipeline after only two years in operation.

The report confirmed that the pipeline suffered at least six defects, including one spot where the pipeline had corroded 96.8 percent through the wall.

Prepared for TransCanada by the Mears Group, and signed off on by a TransCanada pipe integrity manager, the report appears to have been intended for the eyes of the company only, not the general public or the parties challenging the pipeline’s construction.

TransCanada objected to the use of the document, claiming it was classified. However, since the company had sent it to the interveners’ lawyers in an unclassified manner, the Commission allowed the testimony to continue.

But that was just the beginning of TransCanada’s headaches in the South Dakota commission hearing room.

That controversy erupted over interveners’ questioning Diakow about the market demand for Keystone XL in a time of slumping oil prices. That’s when all hell broke loose.

Robin Martinez, a lawyer for the interveners, described what came next in an email to DeSmog,

“Paul Blackburn, one of the attorneys for the intervenors in the proceedings, started to question Mr. Diakow about market demand for the KXL pipeline. He began inquiring as to whether TransCanada’s customers were demanding changes to their contracts, which TransCanada objected to, claiming their contracts and communications with customers were highly confidential. TransCanada then argued that Mr. Blackburn’s questions relating to market demand for the pipeline were not relevant to the question of whether or not TransCanada could meet the conditions imposed by the Commission when it granted the original permit in 2010. However, by placing Mr. Diakow’s written testimony into the record they opened the door to full cross-examination of him under the applicable administrative procedure rules. Apparently not wanting to have him questioned, TransCanada withdrew him as a witness and asked the Commission to strike his testimony from the record.”

Rather than receiving a quick and easy renewal of its expired permit to construct the Keystone XL pipeline section that would run through South Dakota, TransCanada instead received intense scrutiny and fresh questions over how much the company knows about the problems with its tar sands crude pipeline network, and whether there’s any viable market demand for its KXL pipeline anymore.

Although President Obama and Secretary of State John Kerry ultimately will decide the fate of the Keystone XL pipeline’s northern leg across the US-Canadian border based on national interest considerations and the climate test, this newly exposed document and other evidence call into question the integrity of TransCanada’s entire pipeline building business.

Even for those who support the KXL pipeline, would anybody be willing to stand behind a high-risk, badly built one?

Let alone one designed to shuttle dirty tar sands crude to Gulf Coast refineries and export terminals, which would raise gas prices at home, threaten water supplies throughout America’s heartland, and create an express route to a carbon bomb we can’t afford to light if we want to avert chaotic warming?

Julie Dermansky covers more of the details of the hearing, as well as the fallout and reactions from some of the key participants, on DeSmog. 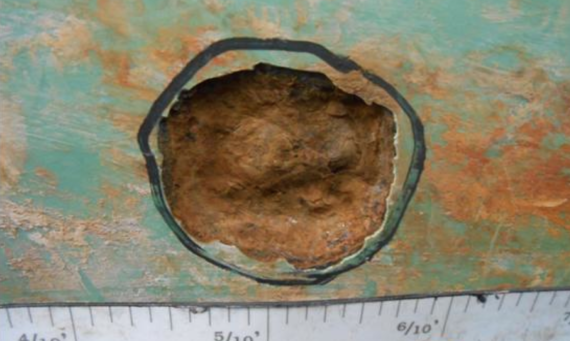