The Property and Environment Research Center (PERC) recently released a report that found state lands managed for school trust purposes earn higher revenue than our national public lands managed by such agencies as the U.S. Forest Service or the Bureau of Land Management (BLM). While this is hardly news, the report did get picked up by media outlets with headlines proclaiming the federal government loses money. 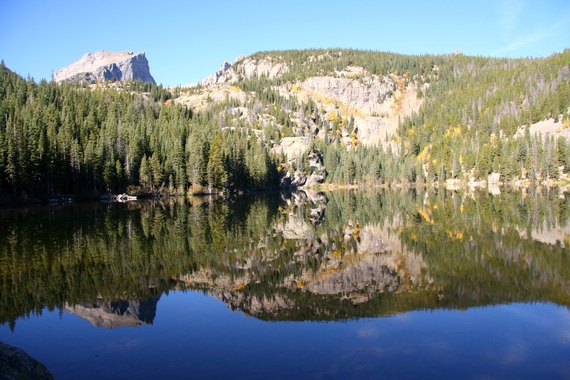 The report found that the western states they examined earned an average of $14.51 for every dollar spent on state trust land management while the U.S. Forest Service and BLM generated only 73 cents in return for every dollar spent. Proponent for transferring our national lands to western states have pointed to this as evidence that such a transfer would be in the public interest even though our national policies for the management of these lands and resources are not designed to generate the highest revenue, or in many cases, any revenue at all.

The PERC report rightly notes that their findings are the result of the different statutory, regulatory and administrative frameworks that govern federal land management and state school trust management. For instance, state school trust lands operate under a legal mandate to generate revenue for the long-term benefit of their beneficiaries, usually the state's public schools. The BLM, on the other hand, is mandated to manage for multiple uses, including valuable resources that are not measured in marketplace revenues such as for wildlife habitat and natural scenic, scientific and historical values. In fact, the BLM's management guidance specially states that management of resources should be done with consideration given to the "relative values of the resources and not necessarily to the combination of uses that will give the greatest economic return or the greatest unit output."

In other words, the federal agencies have the leeway to manage for scenic beauty, watching wildlife, hiking and picnicking, preserving our cultural heritage, and scientific discovery even though these resources may not necessarily have a high market value or turn a profit.

Managing lands and resources for profit versus for multiple uses is a policy choice. Most Western states have in their constitutions the direction to manage the trust lands they received from the federal government at statehood for revenue generation. These revenues are a small but important part of overall state education budgets.

Most laws guiding the management of federal lands and resources, however, are done under different policies. Perhaps the most stark examples of this difference is the General Mining Law of 1872 which does not require the multinational, private companies that mine gold, silver, copper and other hardrock minerals on federal lands to pay the American people a royalty. Many people question whether this financial subsidy is still good public policy in 2015, but Congress has not yet changed the law. On the other hand, policies that keep recreational public access on federal lands at low or no cost enjoy considerable support from the American people. Policy choices legislated by Congress guide the federal agencies in how they manage your lands and resources whether those resources are livestock forage, wilderness lands, wild horses, ancient cliff dwellings, helium reserves, timber, or the paleontological remains of a previously undiscovered dinosaur.

The PERC report compares such resources as timber, grazing and minerals on both state and federal land. The differences in policy and legal frameworks between the state and federal systems is at the same time obvious and subtle. The report talks about "federal timber management" as if the only resource on our national forests is timber while the U.S. Forest Service is charged with managing the forests not only for timber but for wildlife, fisheries, recreation, and community water supplies to name a few.

Like the other studies that have recently come out looking at the costs and revenues associated with the potential transfer of national lands to the states, the PERC report does not address the costs associated with fighting and preventing wild fires. While the report does acknowledge that there are significant financial and environmental challenges associated with wild fires, it does not address this in its fiscal analysis nor propose how the states could afford these costs. It is clear by how the western states currently budget for and manage their own wild fire suppression efforts that the costs would not be supported by revenues raised for the school trust. So where would these funds come from?

Several advantages to the policies guiding trust management are noted such as the ability to issue grazing leases on a competitive bases or to conservation groups, escalating rental rates on non-producing oil and gas leases, and other policies that provide greater proprietary control over how the resources are developed.

But instead of recommending that Congress adopt the best ideas generated by the western states such as reducing or eliminating subsidies for commercial ventures to increase revenues, the implication is that Congress should just give the lands to the states.

The bottom line is making simple cost or revenue comparisons that grab headlines claiming that the federal government is "losing money" by managing our national lands does nothing to solve the real problems of managing lands in an era of tight budgets, legislated fiscal subsidies, changing conditions due to climate change, increasing pressure for recreation and open space, and ever more expensive and dangerous wild fires in the West. We need to work together to ensure the agencies managing our national lands and resources are working under policies that reflect our current priorities and values. We should not blame the Forest Service and BLM for carrying out the laws Congress puts and keeps on the books. If we don't like those laws, the answer is to change public policy, not change who manages the land.