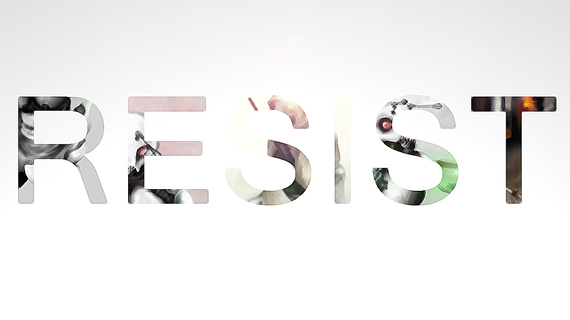 First I'd like to give a big shout out to the women who took the initiative and started organizing the Women's March on Washington for the day after Trump's inauguration.

But why is this still primarily a Women's March (albeit with men invited to participate in support)? I understand that the idea started with a small group of women concerned about Trump's alarming misogyny who wanted to make a statement that women's rights are human rights.

Now, having legitimately begun as a Women's March, it's time to transform this into a People's March of everyone who wants to stand up and resist Trump.

Yes, there's reason for women to stand up and make a statement against Trumps misogyny. But there's so much else that Trump is doing that people that need to stand up against and resist and should be part of an inauguration March on Washington--including threats to women, working people, the environment, civil rights, education, and the very fabric of democracy.

And millions of Americans of all genders, races, religions, and classes are freaked out by Trump's Electoral College win and are dying to join in making a statement of ongoing and continued resistance to Trumpism and defense of democracy against insipient fascism.

And they need a chance to gather with hundreds of thousands or millions of their fellow citizens to express solidarity with each other, and with basic democratic principles, and to take comfort in the knowledge that they are not alone.

Remember, the original 1963 March on Washington led by Martin Luther King, wasn't just a civil rights march. It was called "The "March for Jobs and Freedom." In addition to civil rights groups, among its biggest supporters were labor unions.

In addition, this shouldn't just be a March on Washington. There should be marches and demonstrations in cities and towns across America. Most Americans can't afford the time and money to travel to Washington. They should have a chance to stand up and be counted where they live.

Moreover, the organizers shouldn't be so careful to keep this March apolitical. According to Vox News, Organizers say that the march isn't anti-Trump -- rather, it's an affirmative message to the new administration that "women's rights are human rights."

Who's kidding whom? Do the organizers think that by saying the March isn't "anti-Trump" they'll draw Trump supporters? Really?

Rather, the March in Washington and around the country should be a resounding statement of ongoing resistance to just about everything Trump stands for--misogyny; racism; xenophobia; attacks on workers' rights; mind-boggling conflict of interest; and a general contempt for long-standing democratic institutions.

Let's give everyone a chance to declare their ongoing resistance to Trumpism.