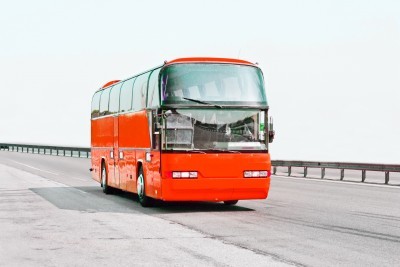 Being thrown under the bus is a term that has been used over the years and unfortunately is a real occurrence in organizations. It can happen to anyone, however, transformational leaders who are inherently courageous risk takers, are more at risk, no pun intended.

As an employee, it is easy to throw someone under the bus. Particularly when you don't want the heat after someone finds out something went wrong. Or when you realize something is done insufficiently or worse yet, it isn't done at all. In a leadership role, it is easy to throw someone under the bus for frankly similar reasons since the stakes are higher. When a leader feels under the gun to prove or defend something, it is easier to blame someone else. Taking the hit for a mistake or something that has gone awry unfortunately often leads to negative consequences for the leader.

Why look for blame instead of owning a mistake? On the one hand you can often understand that mistakes happen, after all we are only human. But to live that out as a leader is often easier said than done. The challenge is to avoid throwing anyone under the bus, no matter what role you may be in.

So let's look at how that happens. For example, you promise a board or a group of executives something that you are convinced can be accomplished on time and within budget? And then something happens and the project is off on budget and /or timeline? What if it costs the organization millions of dollars? What is your reaction?

Do you immediately reflect as a leader on what happened and seek to understand why your assumptions may have been wrong? Do you assess your part to play in it or is it easier to find someone to blame? It is more difficult to own a problem than to look around for others to blame. However, there is a better outcome for everyone when leaders own a mistake and take the hit, even if the consequences are negative. When the mistake is evaluated and brought forward in a positive way with an analysis and solutions, most board members and fellow executives understand. Yes, sometimes it means your job, but your integrity stays intact.

As a leader, you have seen firsthand where someone is thrown under the bus. The reality is, you encounter times when your assumptions aren't correct and an initiative or project fails. Or you have passive aggressive colleagues who do everything in their power to keep an initiative they don't agree with from succeeding. Will you step up and admit the problem or let others take the fall? Transformational leadership is all about owning and leading through mistakes.

Owning our mistakes, including ones that occur through delegation of work to others, is one of the hardest things to do. In a position of leadership it is imperative to learn how to do this and avoid blaming or making someone else the fall guy or gal. Attempting to understand why outcomes aren't as we intended takes patience and courage. But in the end a mistake can be a great learning source for the organization. This happens when the leader is open to taking responsibility for decisions and delegation results. How are you at owning something that turns out badly and has financial or other organizational implications? How are you at modeling total honesty when a mistake happens? When you model owning a mistake honestly, others who see your behavior are more likely to follow your lead. Who knows, it may result in moving to a continuous learning environment where your team accomplishes the impossible!