The time has flown. In fact, I've hardly been home since several members of the One World Futbol Project and I experienced our first team ball delivery to the beautiful country of Malawi. The extraordinary care and hospitality that the Joyce Banda Foundation and Her Excellency, Joyce Banda, President of Malawi, bestowed upon our team was a life changing and humbling honor I will never forget. Malawi was an incredible experience for me, and I felt an immediate connection. I felt so at home in Malawi and with President Banda that I almost forgot to follow any formal protocols ... I wanted to just call her "Mom!" 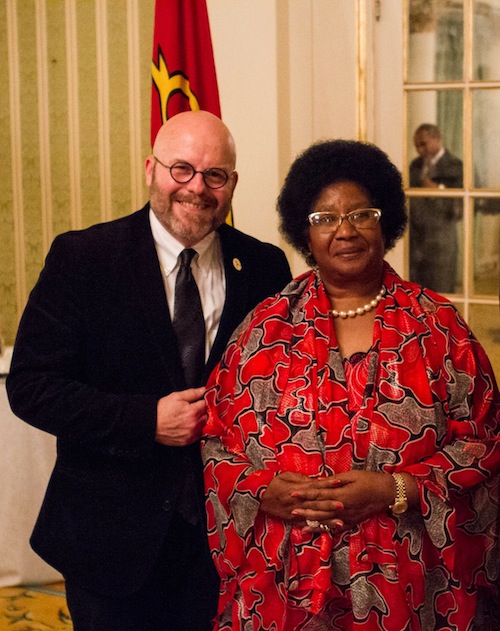 Malawi is one of the poorest countries in the world. While there, we learned that the average Malawian lives on less than $3 a day. There are hundreds of thousands of children, who have lost both parents to HIV/AIDS and are living in orphanages or raising their own brothers and sisters -- and they are just children themselves. Nearly half of Malawi's children are stunted from malnutrition, and youth are at risk of getting involved in drugs, prostitution and other social ills.

Yet, despite these tremendous hardships and challenges, the people of Malawi are what define the country as the "Warm Heart of Africa." They welcome visitors to their country with open arms and heart-felt smiles. Today, they have at their helm an inspiring leader who is one of only two female presidents guiding an African country. Joyce Banda is also a Malawian who has lived through incredible personal hardships and is empowering the young men and women of Malawi, as she has done in her own life, to aspire for a better future and a better Malawi. 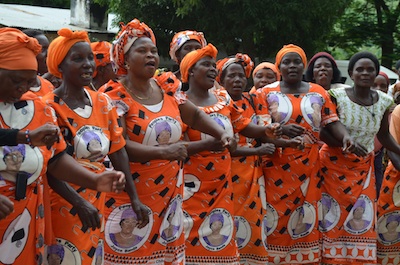 Women in Domasi Village, Malawi celebrate the arrival of the delegation from the Jack Brewer Foundation & One World Futbol Project, and the Chevrolet-supported One World Futbol. Photo: Dana Young.

President Banda told us that the people of Malawi do not need to be told what to do to achieve this -- they already know. What they need is resources and partners who will join with them and support their vision. President Banda believes that sports are vital to providing her country's youth with a chance to have a brighter future. She has a vision to develop the nation's first inter-constituency football and netball league. I am very honored, and our team is very proud, to say that we have joined her to make this vision a reality. In February, with the help of our founding sponsor Chevrolet and the Jack Brewer Foundation, the One World Futbol Project delivered 11,000 nearly indestructible balls to Malawi. These balls are being provided to 50 youth soccer and netball teams and will be delivered to schools and orphanages in each of the 193 constituencies throughout the country. 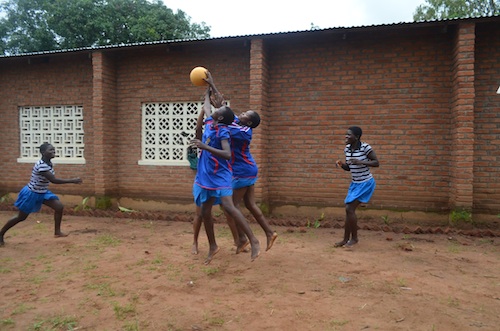 As I reflect back on our experience and, specifically, on the night of February 17 at the "Football for All" Event and Launch of the Inter-Constituency Football and Netball Leagues, I feel very humbled to have been a part of a movement that will help transform an entire nation. I feel truly blessed that play and sport are helping to empower Malawi's youth. It was with gratitude that I shared the following remarks that evening on live television:

The One World Futbol has special technology that makes it amazingly resilient and durable just like your children here in Malawi who are the very heartbeat of the warm heart of Africa.

In fact, the One World Futbol was inspired by and engineered for the children of Africa.

Some people think it's magic, but the magic isn't in the ball, the magic is what happens to us when we play.

This simple common sense truth often overlooked is well understood by a humble woman, a good mother, a loving wife, Her Excellency, President Dr. Joyce Banda; also by our founding sponsor Chevrolet; our friends at the Joyce Banda Foundation and the Jack Brewer Foundation.

Like your symbol of the open lock, this ball is like a key that liberates the game from the field and helps children to unlock their own greatest potential so that they can see themselves and each other as champions of the beautiful game and winners in life - the most beautiful game of all. 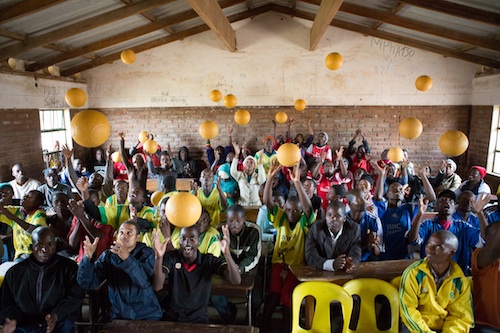 Captains from 13 of the 50 youth football and netball teams from the Joyce Banda Foundation celebrate the One World Futbol! Photo: Nicholas Hammond, h2 Media Labs.