The crisis at VA has now reached a peak. Can President Obama seize the opportunity to initiate and catalyze real change -- meaning transforming the systemic incompetence and corruption at VA and creating a culture that supports the many employees whose dedicated, skillful and innovative efforts have gone unsupported or undermined, and, most importantly, a culture that remembers every day and is responsive in word and deed to the veterans it serves? This is a tall order and may be unrealizable, but it's a fight worth fighting. 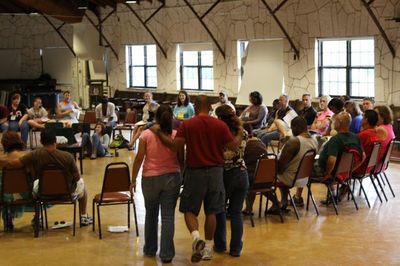 Remember what Doc Rivers, the coach of the Los Angeles Clippers basketball team, did after Donald Sterling's racist remarks became public? In the midst of a demanding playoff series with the Golden State Warriors, he made a special trip to support and listen to the line staff of the Clippers' organization, who were feeling more alienated, angry, anxious and underappreciated by the minute. Many questioned his action: Winning the games was important, not listening to employees of the organization! What could that possibly have to do with the team's success on the court? Do you think the employees felt proud of being part of the Clippers' organization? What do you think their morale was like? Their job satisfaction? Rivers' action helped turn things around in a big way. And they won that tough series with the Warriors.

Sure, heads must and will roll at VA. New managers and executives who can recall, every moment of every work day, exactly whom they serve, rather than serving their own interests, must and will be installed. Yes, funding must increase, and the oversight function must be strengthened to ensure that resources are honestly and wisely allocated.

But how do you change a culture? How do you create something new? First the old must be thoroughly repudiated and eliminated with decisive and expeditious vigor. Again and again. And again. As tough as creating a new culture is, we must keep hope alive; it is possible. Then you start at the ground level, the grassroots. Here's a true story that can serve as a parable: I was invited to meet with the chief of a major metropolitan VA. He said that patients would come to his clinic but wouldn't stay. He'd heard about Coming Home Project receiving 600 applications in two weeks in 2009 for 60 spaces on our first retreat specially for women veterans. He asked what our secret was. I replied, "It's no secret: There needs to be a 'there' there."

Incompetence and corruption abound at VA. But the malaise runs deeper: The soul of service has been compromised and lost. There is a profound absence at the heart of the beast. This is why it is of such importance to make it a top priority not only to get rid of the miscreants with dispatch but to hear and support the many devoted employees who take their mission to heart each and every day -- not once for window dressing and political points, but each and every day. Support and reward devotion, responsiveness, creativity, perseverance. Ask the vets, their patients; they'll tell you who these folks are.

Here's another true story that can illuminate the daunting task of creating a new life-giving culture of service in the shell of the old decrepit one: In the 1950s a physician discovered a small town in eastern Pennsylvania where there was virtually no heart disease under age 65; no suicide, alcoholism, drug addiction or peptic ulcers; and very little crime. People died from old age. Researchers conducted a thorough study and found that the usual suspects -- diet, exercise, genetics and location -- were not at play. Then they began to notice how the town folk interacted: how they visited with one another, stopping to chat on the street, and how they cooked for each other in their backyards and shared three-generation meals. They learned about the extended family clans underlying the town's social structure. They observed the egalitarian ethos of the community, which helped everyone feel safe and connected. Townspeople were healthy because they had created for themselves a powerful, protective social structure capable of inoculating them from the pressures of the modern world. The message is: To understand the secrets of health, we have to look beyond the individual in isolation and understand the culture that he or she is part of.

Thousands of exemplary VA employees feel isolated, and they are. Isolated and worse. I know, because I have worked with hundreds of them at Coming Home Project's retreats for service providers. How can they sustainably continue their yeoman's work helping veterans who are isolated and often alienated when they themselves are in the very same predicament? There needs to be a sense of camaraderie, a sense of community, infusing the entire culture. The whole group of diverse individuals performing an array of tasks must work together in service. Individuals must recognize that their own well-being is closely linked to the well-being of one another and those they serve. They must feel like they are and actually be part of an interconnected culture that is capable of healing the fragmentation and disaffection that plagues the system, the leaders, the executives and managers, the line staff and of course the veterans for whom they provide care every day. Provide care. Care. Remember. 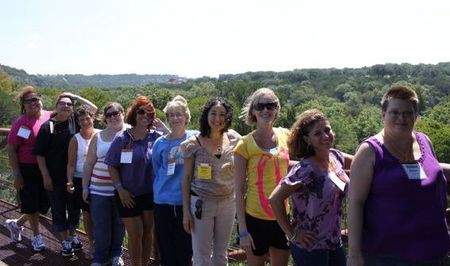