The first time a parent of a transgender child asked me for advice, I was thrown for a loop. Ten years ago, I couldn't quite fathom the reality that a family would actually seek to support their child. Limited as it was, my perception came from the notion that any of us desiring a gender transition had to pursue that as an adult, and that we do so only as a last resort. If anyone were to support our journey, we should feel deeply grateful.

However, a handful of parents had begun looking for guidance. I wondered what resources might exist for families. My search turned up what theirs already had: very little. Written resources, knowledgeable providers and inclusive policies at schools were all things that these parents expected to find but were extremely scarce.

I launched an event solely for these families -- the Gender Odyssey Family Conference -- followed by a year-round support group at Seattle Children's Hospital. It didn't take long for the group to grow from two families to four, from four to eight. As time passed, we filled our meeting room to the bursting point. A second group was formed, then a third, fourth and fifth. We used to hear from a new family once or twice a month. Now it's daily.

What kind of parent is in those rooms? Who allows their child to become transgender? Are they idealistic parents who romanticize a time of open classrooms and second-wave feminism? Perhaps one or two, but these parents come from all walks of life. They are doctors, construction workers, born-again Christians, teachers, nurses, actors, Mormons, lawyers, grandparents and social workers. They are well-off, barely scraping by, educated, blue-collar, single, married 40 years, city dwellers, farmers, Republicans and Democrats, Gen-X and -Y and Boomers, and the vast majority are heterosexual.

Most are unfamiliar with what it means to be transgender. They feel isolated and without support. Their questions are the same: How is this different from being gay? Could this be a phase? Aren't they too young to know? What if they change their mind? All are fearful for their child's safety whether their children are 4 or 40. No single meeting is the same. Emotions run high. Parents express rage and fear and even acknowledge the shame they sometimes feel towards their child -- no easy thing to admit. There are tears representing frustration, desperation and oftentimes very deep grief. Marriages have teetered, some fallen, many strengthened. Some parents of a transgender child feel overly apologetic, sensing the discomfort it seems to cause everyone around them.

In the past, our society has encouraged, pleaded with, threatened and pushed these children to change, to adapt to societal norms of both gender expression and gender identity. A child who said that they were a different gender was simply viewed as being confused and in need of stronger reinforcement of society's gendered roles and expectations. When children did "change," we breathed a sigh of relief at this "success." But we now understand that this child's "success" was -- more often than not -- a deep and painful repression of their innate selves that did not change them. In most cases it only postponed self-realization. The damage to these children's self-esteem and resiliency has had devastating consequences, and the numbers prove it. The occurrence of depression, anxiety, suicidality, homelessness, bullying, and physical or sexual abuse -- to name just a few risk factors -- is astronomically higher than the national average.

If supported, what kind of lives will these children live? Everyone wants to know, and the world is watching. What I know -- and what these brave families know -- is that these children experience significant improvements. When the critical elements of familial and societal support are in place, these children's lives are transformed. Children who were once withdrawn, anxious, and even suicidal are now more outgoing, creating strong friendships, becoming more engaged in extracurricular activities, and improving academically. Parents share their stories of the courage and strength within their child. Many name their child as their hero.

Parents are now stepping forward to support, rather than change, their children. They come to the support meetings because, while there is no question as to whether they love their child, there are hundreds of questions about how to best love and support them.

We must first establish the foundation from which to examine these questions. The beginning step is to understand a child's experience in relation to their core gender identity. A simple way to articulate this is that this child likely feels that their body is out of sync with their inner sense of themselves. Working with this lack of synchronicity could be accomplished with much greater ease if it did not cause such tremendous dissonance within our society.

The truth of the matter is that having a transgender child is an inconvenience to society because, instead of asking the child to change, we are asking society to change. This is a tall order. The supportive parent of a transgender child usually does not even have time to navigate their own feelings before they must stand up to defend that support. Not only are they educating themselves on the fly, but they are put in the position of educating schools, neighbors, doctors, friends, and other family members.

Are we experiencing a "tipping point"? Many of us who work to support these families agree that the answer is yes. We are experiencing a tipping point in which the burdensome responsibility of change is shifted from the small shoulders of a child to where it belongs: on society.

How do we change society? We start by listening to the truths of these children and believing, rather than dismissing, them. One 7-year-old, extremely frustrated with his parents' inability to comprehend, declared, "When are you going to understand?! I may have the body of a girl, but I have the heart and mind of a boy!" If we can start by believing this child's clearly stated truth, we are well on our way. 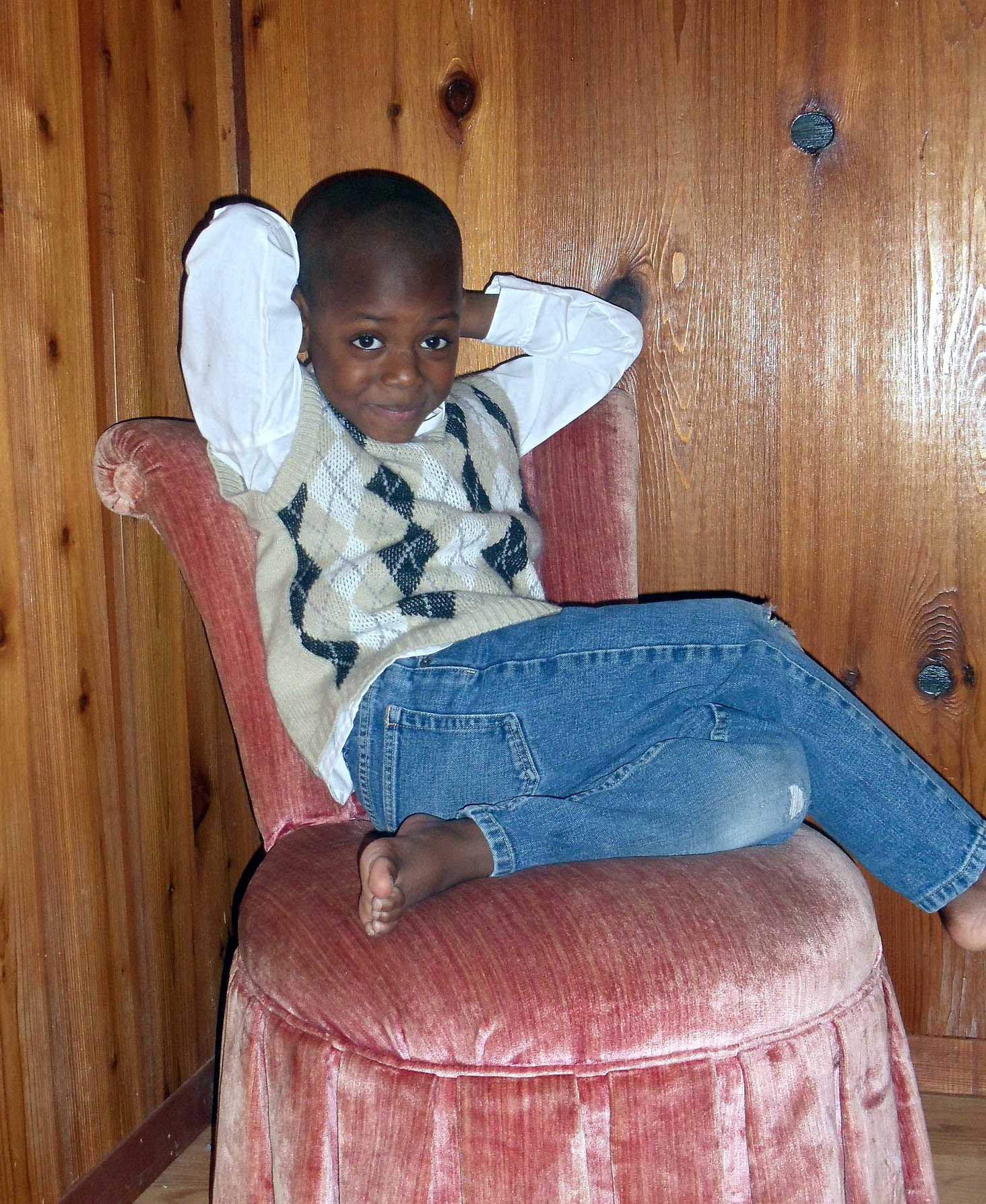 Photo courtesy of B. Bowers (used with permission)