There's been a lot of media coverage this week on transgender children and while I know better than to read the comments, I sometimes can't help myself. I was really happy to see a lot of supportive comments but I saw several versions of the same few questions and these are my thoughts.

My child tells me they are a dog. Does that mean I should start letting them eat out of a dog food bowl and go to the bathroom outside?

I actually see this kind of thing with my 4-year-old nephew all the time. Except, he's a Transformer. Or a rock. I love it when he decides to be a rock. Even better is when he transforms into a rock. My own child also went through a phase where she wanted to be Mater from the Cars movie. She also wanted to be Dora the Explorer for awhile. My son was Superman, Batman, Captain America, and a Mighty Morphin Power Ranger. Hell, my husband tells me he's a ninja on a near-weekly basis. These were fun little exchanges that passed in a reasonable amount of time (except my husband really is convinced that he's a ninja). It never caused distress, and my kids seemed to understand that they weren't actually these characters.

There were several differences between my daughter telling me she was Mater, and my daughter telling me she was really a girl. Looking back, we saw evidence from about 18 months of age that Conner identified as a girl. At the time, we just thought she loved pretty sparkly things. At age 2, and in daycare, I remember the teacher laughing because Conner always wore the mommy costumes in dress-up. At three, when Conner realized that girls and boys had different body parts, she quizzed everyone for months about what pieces and parts they had that distinguished them into the categories of "boy" and "girl." Then, everyday for months, Conner asked when her penis would go away and she would wake up and be a girl. As we explained day after day that she was a boy, she became more and more withdrawn, more distressed, more anxious. When she decided to try to cut her penis off, we knew we had to intervene. This was not a quick decision based off of a few days of fantasy on Conner's part. She had consistently told us that she was a girl. She was very persistent despite our multiple (MULTIPLE) conversations that she wasn't a girl. And, over time, she developed a significant amount of distress at being told she was a boy. When we started the process of allowing her to transition, it was either put her on medication, or put her in a dress. We did it under the direction of a therapist and with the support of our pediatrician.

Isn't 4 years of age too young to make these kinds of decisions?

Gender identity is formed by around the age of 3 and concrete before the age of 5. Our society strongly conforms to a gender of either boy or girl, and our kids are bombarded with those messages from the moment they are out of the womb and placed in pink or blue onesies. 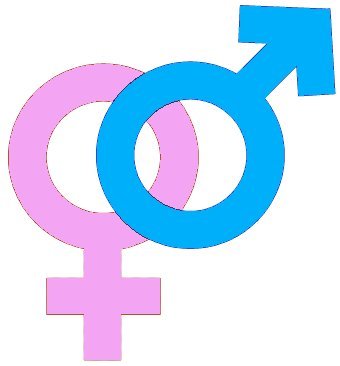 There are still many social taboos that steer our children away from enjoying opposite gender items. Just take a stroll down the pink aisle at your nearest toy store with your son. Or give a boy a doll when he's standing with a bunch of dads and see what happens. If a child is telling you persistently over a span of time that they are a different gender, then you should listen. That child is overcoming countless social values that have taught them that it's not acceptable to like opposite gendered items.

I strongly believe that every family needs to evaluate their particular set of circumstances. We follow guidelines established by a mental health professional. They are:

1. First, do no harm.
2. Everyone has the right to be who they are.
3. Make as small of changes as possible to bring your child out of distress

For us, that meant a full transition because our child was in extreme distress. We started with the occasional girl's t-shirt and telling her that it was okay for boys to like dresses. When that wasn't enough, we slowly added articles of clothing until she made it clear that we needed to change the pronouns we used to address her. We went as slowly as we could to evaluate how she was responding. Just because one family on a news special needed to transition their child doesn't mean another child will need a full transition. It's an intervention that needs to be individualized to the child. I am fully supportive of transitioning a child as early as necessary if they are showing signs of distress or discomfort. I give my child Tylenol for pain, and when the pain stemmed from gender dysphoria, then I gave her the appropriate intervention as dictated by medical professionals.

Another important point is that none of the interventions done for a young child are permanent. Hair can be cut or grown out, clothes can be donated and purchased. Hormone blockers aren't brought into the equation until puberty (Tanner Stage 2 for my medical professionals) and all they do is halt puberty. If a child's brain and body become aligned, then medication is stopped and natural puberty takes over. There is nothing irreversible until the individual is well into their teenage years.

What if they change their mind later?

This is a valid concern because it does happen. If a child changes their mind, then they go back to appearing as their biological gender. It's as simple as that. And, if their gender identity and biological sex match up, then you simply explain that to questioning friends and family. "Hey, everything aligned. Phew. Guess I won't have to buy him boobs for his high school graduation present." Sometimes the body and brain do seem to connect and then life goes on. And, by allowing your child to express themselves naturally, you've shown them unconditional love and acceptance. How can that be bad?

Some children are gender fluid and may want to wear traditionally accepted boy's clothes one day, girl's clothes the next, or a combination of those items daily. I think it's much harder to be a gender fluid individual (and that child's parent) because our American culture is so focused on binary gender roles, meaning either a boy or a girl. Our society gets uncomfortable when we can't figure it out, as evidenced by the Saturday Night Live skit with Pat, the androgynous office worker. If that's you or your child, then I'm sending you an extra ounce of love and courage because your skin certainly does have to be thicker. Might I recommend the blog, Accepting Dad, to you where he talks about his gender-variant child with grace and humor.

Why would I allow my child to transition now? Shouldn't I wait until they are older?

That depends on your specific situation. Maybe you can get away with telling your child that it's OK to be a boy and like dresses. I'd definitely start with that. Maybe your daughter looks cute with a super short haircut and it's enough to satisfy her. You'll have to work with your therapist and pediatrician to evaluate if your child's level of distress is enough to warrant making more changes. I want a happy healthy child. If that means dresses, then so be it. Again, we measured transition based on level of distress. We got away with baby steps for a few days, maybe a week, and then we had to move to the next stage of transition.

God doesn't make mistakes. Your child was born a boy and he will always be a boy.

I'm not religious. I was raised religious and I've read the bible probably more than most Christians I know. I've even taken a Comparative Religions course because it was important to me to understand the history of Christianity. I occasionally go to my parent's church because I love the beautiful community of believer's there who love and support us. Religious beliefs should be something that gives you comfort. I'm not sure why some people get so offended by transgender or gender-variant children and believe that they are an affront to God or that their parents are doing something wrong. Religious beliefs shouldn't be used as a weapon against others, and certainly not against children. I'm not sure what I believe about God, but I don't believe he made a mistake in the case of my daughter. I believe she is beautifully made just as she is: transgender.

Clearly, these parents aren't setting any kinds of boundaries with their children.

My kids wish! We have rules just like any other family. My kids have been trying to talk us out of the "no screen time until the weekend" rule since they started school. They've gotten off easy as we're homeschooling the rest of the year due to a recent move. But, I fully expect the usual freak out in late August when that rule goes back into effect. Even with the transition, we didn't let our daughter change her name to Lisa Tinkerbell. We have very strict rules about play dates, sleepovers, and personal behavior. Why in the world do people think we don't set boundaries? With twins? Are you crazy??

A child wouldn't come up with this on their own. The parent is telling them they are a different gender.

I almost didn't put this one on here because it irritates me the most, it's clearly written by people without children, and it's almost too ridiculous to warrant a response.

I have pretty much been fruitless in my endeavors to convince my children of anything. Here's a list of things I can't convince them of:

1. Deodorant is a necessary part of personal hygiene
2. Vegetables taste great
3. Underwear should be changed daily
4. Bathing should occur multiple times a week
5. Swords aren't to be played with in the house
6. Getting caught playing Minecraft after bedtime is not worth getting grounded over
7. Asking me a million times to get a cell phone is not a good way to change my mind
8. That child you met for 30 seconds at the park is not your best friend
9. That stranger we met at McDonald's does not want to hear about when I had my gallbladder removed
10. Hot dogs are not a health food

Do you really think I could convince my child to change genders? Really?