Caitlyn Jenner'sVanity Fair cover was met with an outpouring of love and acceptance. Jenner gaineda million Twitter followers in just over four hours, outpacing even President Barack Obama, and thousands tweeted#CallMeCaitlyn to show their support.

But not every trans woman gets a hashtag.

Trans people in general experience higher rates of HIV, higher smoking rates and more suicide attempts than the general population, according to a 2011 report by the National Center for Transgender Equality. They also face more discrimination and harassment when seeking health care. One-fifth of people who identify as transgender have reported being homeless at some point in their lives.

It's not surprising there are so many health and safety issues in the transgender community -- in many places, particularly in southern states, there aren't laws to protect them from housing or workplace discrimination, and hate crime legislation is nonexistent or doesn't include trans people as a protected group. 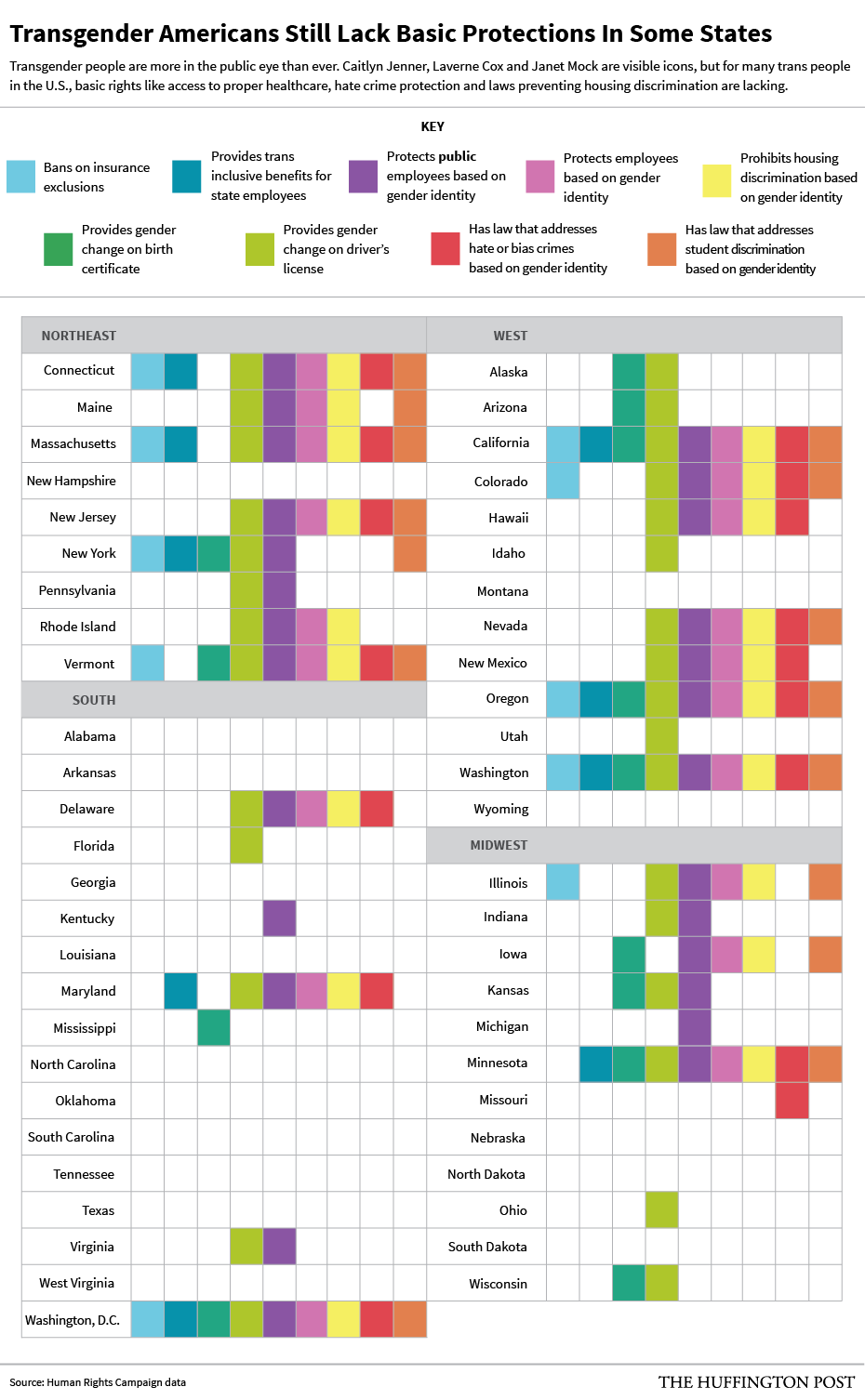 "Stories like Jenner's help change the narrative about who transgender people are. Millions of Americans now have a bridge to understanding the truth behind the struggles of being transgender in 2015 America," National Center for Transgender Equality Executive Director Mara Keisling said in a statement following Jenner's April interview with ABC.