For the first time ever, there is a database where people the world over can see exactly what is happening to transgender people globally in terms of violent acts against them. The Transgender Violence Tracking Portal (TVTP) was launched earlier this year in the hope of accumulating as much data as possible in order to serve as a true resource and, ultimately, to put a stop to such acts in totality. 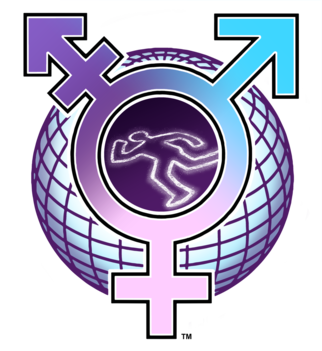 After six months of careful planning and a successful Kickstarter campaign, the portal was realized, up and running. Allison Woolbert, founder of TVTP, explained the need for this site in an interview with me last November:

So often, the media and law enforcement are dismissive concerning the violence that is inflicted on transgender/genderqueer/non-binary people. In addition, hate incidents against transgender people are often not documented at all. ... Currently, there is no data repository that can validate and provide tangible evidence of the violence that has been inflicted on the transgender community. ... With this project, the data will be available to be reported and queried against every day of the year. At any given point in time, we will have a website that can show the world what the picture of our community looks like and raise the awareness and the responsibility of law enforcement to protect our basic right to live.

TVTP released their first report to coincide with International Day Against Homophobia and Transphobia (IDAHOT) on May 17 of this year, revealing 103 reports of transgender murders, 14 violent incidents and three silicone-related harms between Jan. 1 and May 1. (These statistics have been updated since the report was released.) While there were surely many more than just the aforementioned incidents during this time period, the data collection was off to a great start. Those statistics have now been cited by parents of transgender children as well as numerous news outlets, as follows:

Debi Jackson, the mother of a trans* daughter, spoke out about a nondiscrimination ordinance in Kansas City, Missouri, earlier this year. Jackson explained to TVTP:

In a recent contentious fight to pass an LGBT-inclusive non-discrimination ordinance in Roeland Park, KS, opponents continually inferred there would be a danger to women and young girls in restrooms and changing rooms if transgender women were allowed inside. I was able to use the report from the TVTP regarding violence in the first quarter of 2014 in conjunction with a Google search of "attacks in restrooms" during the same time period to show data that violence against transgender individuals is a real concern, while the very few instances of violence reported in restrooms was committed by heterosexual cis men. Once those facts were laid out during a public comment session, the bathroom danger argument was never mentioned by opponents again.

The attack comes shortly after a report released by Trans Violence Tracking Portal (TVTP), revealed that 102 transgender people were murdered in 12 countries from January to April this year. Allison Woolbert, the founder of TVTP, says an antitransgender stigma has led to a disproportionate rate of violence against transgender people in 2014.

Between January and April [2014], there were more than 100 acts of violence against transgender people in 14 countries, Transgender Violence Tracking Portal reported. In one instance, the database reports, a 14-year-old was strangled and stuffed under a bed.

To date, TVTP has 2,164 backlogged articles and news reports of murders and violent acts against trans* people. A team of 47 researchers and five administrators is hard at work accumulating this important data to input into the system, with the help of the public. Woolbert has spearheaded these efforts, which also include kicking off a student service-learning project with Stockton College in New Jersey; participants will raise awareness on their campus, investigate cases and provide insight for the school about trans* violence.

The TVTP site itself gives individuals the power to report stories of violence against members of the trans* community themselves; you do not have to be affiliated with an organization or the like to report. The more incidents are reported, the better the tracking; the better the tracking, the more aware local, national and global communities can be regarding these statistics. At the end of the day, knowledge is power, and violence can be deterred with said knowledge.

Looking forward, Woolbert has big plans for the next six months, during which time the TVTP will be expanding search-engine capabilities to include a plethora of languages. She noted:

We also want to provide better educational resources for those that need them, continue to build national and international partners who are interested in reducing violence, and increase prosecutions against those who perpetrate crimes and harassment against us.

There are many opportunities to become involved with TVTP, including sharing stories from the site to continue to raise awareness, and volunteering with TVTP. As always, reporting incidents is key, and anyone who is aware of a violent act against a transgender individual is encouraged to report it to the TVTP through a simple online form.