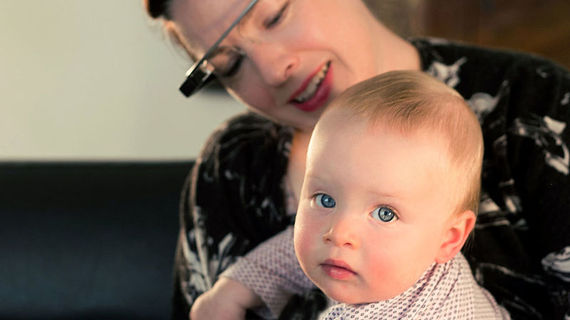 Transhumanists support the idea of designer babies -- Photo by Smallworldsocial

A wave of ethical discussions and admonitions recently appeared after Chinese scientists reported successfully editing an embryo's DNA. Many large media outlets interviewed scientists around the globe who chimed in on the ethical implications of the science, which ultimately could lead to designer babies. Some prominent scientists and bioethicists raised loud concerns about how genetic engineering might affect the future of humanity, and some of them went so far as to advocate for a moratorium on the research and technology.

Scientists and medical doctors at the US Transhumanist Party, a political organization that prides itself on advancing science, condemned calls for any moratorium, saying such talk is anti-progress and anti-innovation. However, Transhumanist Party scientists did agree that an open and thorough discussion on the matter is warranted.

"We are at a time in human history when such radical genetic engineering technology may help eliminate disease and give us healthier children," said Dr. L. M. Memmel, a researcher, board-certified Obstetrician & Gynecologist, and Treasurer of the Transhumanist Party. "We should proceed with caution and an open discussion, but let's not derail the train before it has left the station."

Historically, scientific moratoriums have done little to stop progress, anyway. What they usually end up doing is giving other, less visible researchers and entrepreneurs the upper hand. When George W. Bush restricted federal funding for stem cell research in the United States--something he did primarily because of religious convictions--the research went overseas. Inevitably, other countries pursuing the science gained a notable advantage.

Jose Cordeiro, MBA, PhD, who is a faculty professor at Singularity University and the Technology Advisor of the US Transhumanist Party says, "Genetic manipulation of embryos should continue within ethical boundaries, and if the USA does not do it, other countries will do it."

Transhumanism, which literally means beyond human, is a growing international social movement that advocates for using science and technology to radically enhance the human being. Some of these technologies include robotic hearts, cranial implants, artificial limbs, exoskeleton suits, artificial intelligence, anti-aging research, and of course, the burgeoning field of genetic engineering.

Many major scientific breakthroughs and advances in the last few centuries have been challenged by luddites and anti-science naysayers, who usually warned that ethics were being negated or outright broken. But human ethics, at least when it concerns science, is bound to the idea of helping the human being to live better. Genetic engineering may eventually result in the elimination of heart disease, cancer, negative hereditary disorders, and even the ability to be affected by the flu. It also could make the next generation of human beings stronger and healthier, giving parents more choice in what they might want out of a child, including eye color, height, gender, athletic skill, and intelligence.

"It could revolutionize many if not all the ways human beings are cared for," says Dr. Joseph N. Carey, a plastic and reconstructive surgeon at the University of Southern California and the Medical Advisor to the US Transhumanist Party.

The one issue that many scientists and transhumanists do worry about with genetic engineering is whether only the rich will be able to afford such designer baby technology. Many transhumanists are humanitarians at heart, and they will surely advocate for sharing such important advances with all people, such that humanity as a whole may improve and become healthier than it's ever been.