Skywatchers around the world readied their telescopes and grabbed their solar shades on Tuesday and Wednesday to catch a glimpse of the transit of Venus, a phenomenon that won't occur again until 2117.

For nearly 7 hours, Venus moved between the Earth and its closest star, making the Sun appear to be punctured by a small black dot. It was visible from the ground in most of the world except for western Africa, southeastern South America, Portugal and parts of Spain, according to NASA.

Amateur and professional photographers had their cameras ready and captured some amazing images not only of the eclipse, but also of the telescopes and viewing devices they had set up to see the transit.

The Huffington Post live-blogged the event, so be sure to check out a recap of the coverage. And click here for more on the historical significance of the transit of Venus.

LOOK: Photos of the transit of Venus: 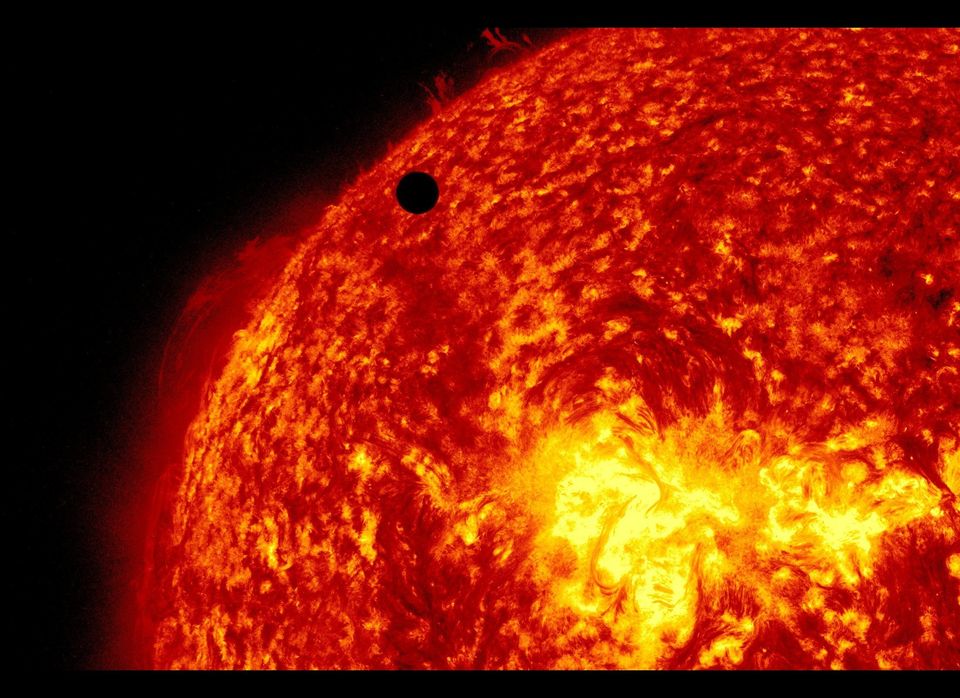 1 / 205
Venus Transit Across The Sun
IN SPACE - JUNE 5: In this handout image provided by NASA, the SDO satellite captures an ultra-high definition image of the Transit of Venus across the face of the sun on June 5, 2012 from space. The last transit was in 2004 and the next pair of events will not happen again until the year 2117 and 2125. (Photo by SDO/NASA via Getty Images)
Getty