Laima Vince is a writer, poet, and literary translator. She is the recipient of two Fulbright lectureships, a National Endowment for the Arts grant in Literature, and a PEN Translation Fund grant. 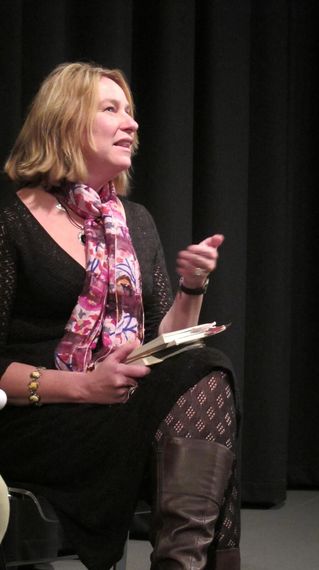 Loren Kleinman (LK): Can you talk about translating for the Lithuanian independence movement?

Laima Vince (LV): Translating for the Lithuanian independence movement was an incredible experience. Lithuanians, Latvians, and Estonians formed independence movements at first, to push for reform within the Soviet Union, then at the Lithuanian pre-war independence day concert on February 16, 1989 Vytautas Landsbergis, leader of Sajudis, the independence movement, announced that they would seek Lithuania's independence from the Soviet Union. I participated in the August 23rd peaceful protest in which people linked hands across the Baltic, from Vilnius to Tallinn. In those days things were changing so quickly that often I went to sleep knowing that when I woke up in the morning everything in the country could be completely different. Most people could not follow events because of the rapidity of change, and because of the necessity for some secrecy. I had the experience of translating interviews between Vytautas Landsbergis and Bill Keller of The New York Times, for example. I had the privilege of sitting in on the independence movement's meetings. Obviously, during those tumultuous days there was bound to be some frustrations, and there were, but they did not deter our team of translators. All of us translated for free, even rejecting payment when offered. We felt it was important to donate our time. We did not want that sentiment tainted by money. I don't think anything I ever experience can compare with the feeling of standing among the people at a massive demonstration when everyone in that crowd is dreaming one collective dream of freedom after half a century of brutality and oppression. Lithuanians also have the satisfaction of knowing that their peaceful resistance was a successful one. Today the Baltic States are members of the European and NATO. When I received the invitation by telegram to study Lithuanian Literature at Vilnius University, my mother said to me, "If you want to be a writer, you need to know a little hardship..." My mother could not have given me wiser advice. She was prepared to let me go so that I could find my identity as a writer.

LK: You traveled extensively throughout Lithuania's provinces and cities collecting oral histories, which resulted in the nonfiction book, The Snake in the Vodka Bottle. Is the book your own intimate translation of personal experience?

LV: In many ways The Snake in the Vodka Bottle is a translation in the sense that I conducted interviews in Lithuanian and transcribed them, then translated them into English. I used the same process with Journey into the Backwaters of the Heart. My skills as a translator are vital to the creation of these books. Because of the linguistic divide I crossed to get these stories of the heart, these books are essentially translations, not just translations of language, but of a collective experience of a nation, of a generation, a moment in time, a certain spirit. However, at the same time, as you suggest, they are a translation of my experience as the granddaughter of a dissident returning home to hear the stories of those left behind. At the same time, I am translating the experiences of Lithuanians within a very specific cultural context, bringing them into English and a Western cultural context.

I've written a play that is performed bilingually in English and Lithuanian that is about the translation of experience, and mistranslations. My play, The Interpreter (Vertejas), is staged by the Vilnius Chamber Theatre and is performed once a month in Vilnius. This is the third season. The central character is a telephone interpreter living with his partner in Buenos Aires who interprets for the United Kingdom social services and health clinics. Besides confronting a number of befuddling linguistic conundrums and cultural clashes ripe with often comic misinterpretations, the interpreter eventually must face his own conflicted feelings about his past and his home country when he is randomly connected with a call in which he must tell a woman that she is HIV positive. She turns out to be his childhood playmate and first love. 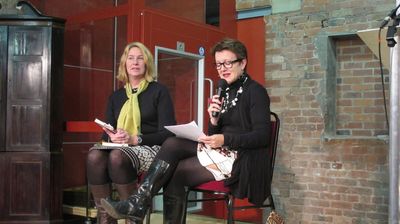 LK: Are there any Lithuanian writers and poets that should be translated?

LV: There are so many Lithuanian writers and poets who should be translated. The reality is there are not many translators who work with Lithuanian--just a handful really, and very few skilled literary translators with training in literature. And, there is not enough funding to support those who are working in the field. There are works of classic Lithuanian literature that still need to be translated. I think the process should begin with the truly great Lithuanian writers of the twentieth century, those who contributed significantly to independence.

LV: [We] live in a global community, and it's no longer viable for us in the United States to block out the literatures of the world and remain focused only on our own American experience. In order to understand the mentalities of people in other cultures, we must rely on literary translators to bring their work to us. On another, more personal, or perhaps academic level, translation is important because it is a way of mastering close reading skills. It is a means of intimately interacting with a text. I believe that translation practice should be incorporated into MFA programs and English programs. Translation forces one to slow down and savor each word while building multiple layers of meaning. My experience translating poetry from Lithuanian into English has been transformative. If I really connect with a poem, with a poet, I read the poem in Lithuanian and then I hear it in my head in English and simply write it down. Then I go back and make some tweaks here and there, but usually, the process is complete.