Straight from the 2010 Consumer Electronics Show is a new 'transparent' laptop from Samsung equipped with a see-through screen.

Details on the notebook prototype from Korea are scarce, but it's being celebrated as the first and largest transparent OLED prototype, Engadget reports.

When the thing is off, the panel is up to 40 percent transparent (as opposed to the industry average of below twenty-five percent).

See the 'transparent' laptop for yourself in the photo and video below.

Get real-time updates on CES 2010 with live streaming video from the show, or via Twitter here. 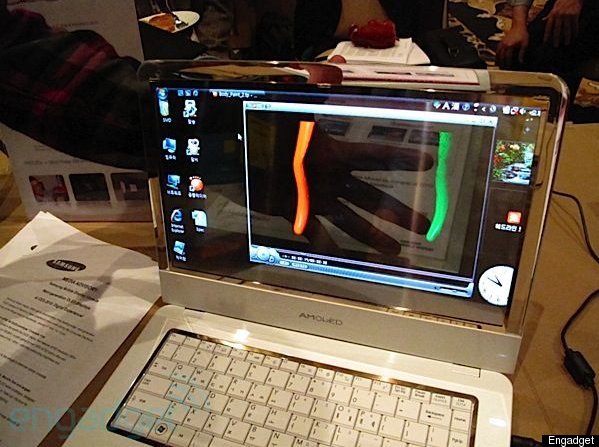