Scientists are getting a look at the inner workings of mice like never before thanks to a new technique that renders the rodents so transparent they're nearly invisible.

Researchers from the RIKEN Quantitative Biology Center at Osaka University say the biggest challenge was the light-blocking "heme" in hemoglobin, which puts the red into red blood cells and is found in most tissue in the body. As it turns out, a substance used to make brains transparent for imaging also works to clear out heme.

At first, the researchers were able to make translucent mice organs. Here's an image showing the kidney, liver and pancreas on the path toward near-invisibility: 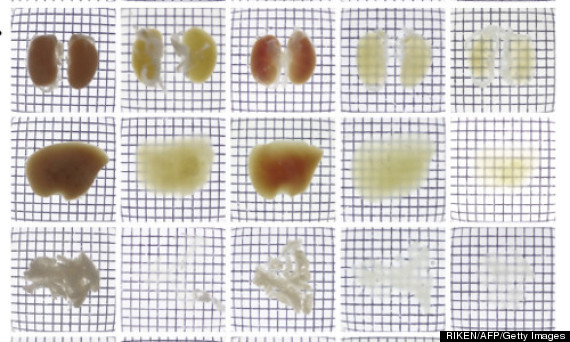 Next, the researchers experimented on whole mice with the technique to clear heme from the body after using saline to remove blood from the circulatory system, The Japan Times reports.

The process takes about two weeks. Here's a look at one of the mice: 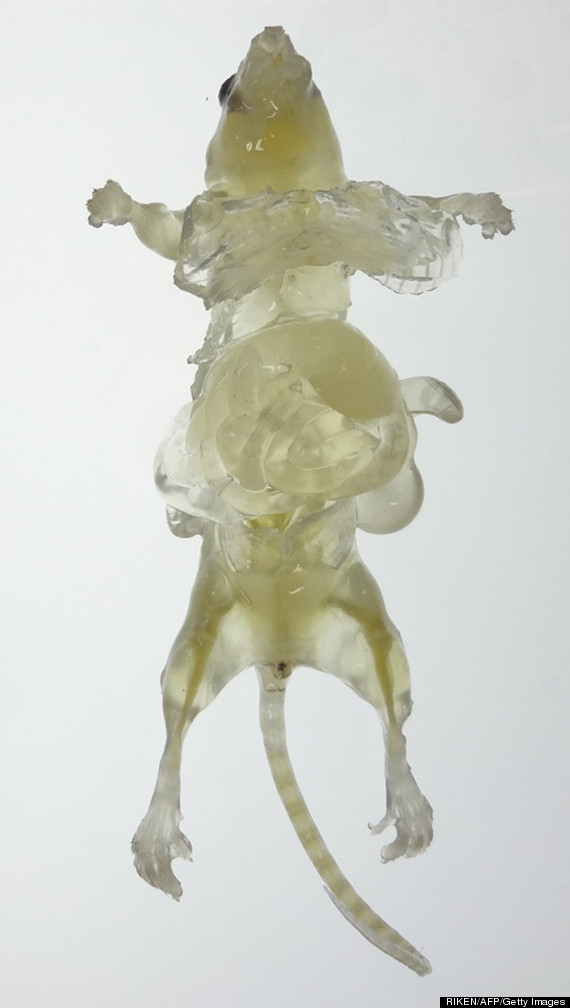 The mice aren't just cool to look at. Researchers say they can be used to gain a better understanding of organs.

"It allowed us to see cellular networks inside tissues, which is one of the fundamental challenges in biology and medicine," Kazuki Tainaka, first author of the paper, said in a news release.

With these mice, researchers may be able to study diseases that affect humans.

"It could be used to study how embryos develop or how cancer and autoimmune diseases develop at the cellular level, leading to a deeper understanding of such diseases and perhaps to new therapeutic strategies," Hiroki Ueda, who led the research team, was quoted as saying. "It could lead to the achievement of one of our great dreams, organism-level systems biology based on whole-body imaging at single-cell resolution."

Here's another look at one of the mice. In this one, the addition of a protein has made some of the organs appear to glow: 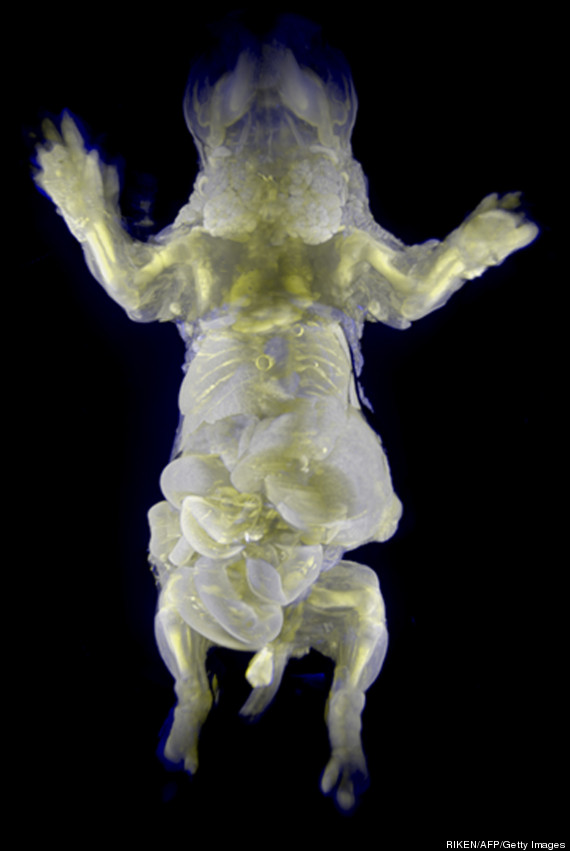 If you find this a little creepy, then the good news is these critters won't get loose from a lab and start breeding in your basement. The process won't work on living creatures.