A new snail species with a beautifully translucent shell was recently discovered more than 3,000 feet (914 meters) underground in a Croatian cave. 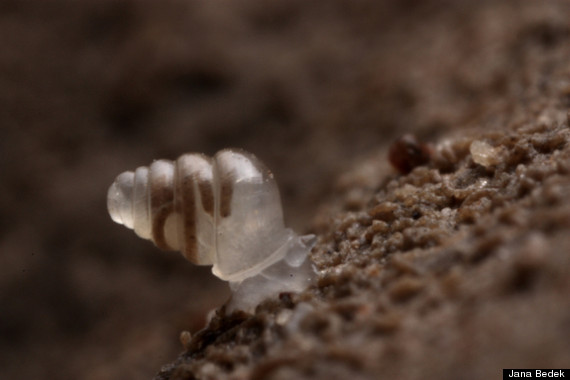 The new snail completely lacks eyes and shell pigmentation. Neither would serve a purpose in the complete darkness of the cave. Credit: Jana Bedek

A team of cavers and biologists with the Croatian Biospeleological Society discovered Zospeum tholussum in the Lukina Jama-Trojama cave systems of western Croatia — one of the 20 deepest cave systems in the world — on an expedition to determine the cave's depth. The team collected all animal specimens found along the way, since deep cave crevices are often promising places to find new species, and happened upon one live sample of the new snail, along with eight empty shells. [The 7 Longest Caves in the World]

The team presented the elegant snail to taxonomist Alexander Weigand at Goethe-University in Frankfurt, Germany, for help in identification. Weigand determined that this particular species had never before been found, but that it is related to other known species.

The new snail and other related species are particularly slow-moving, even by snail standards. 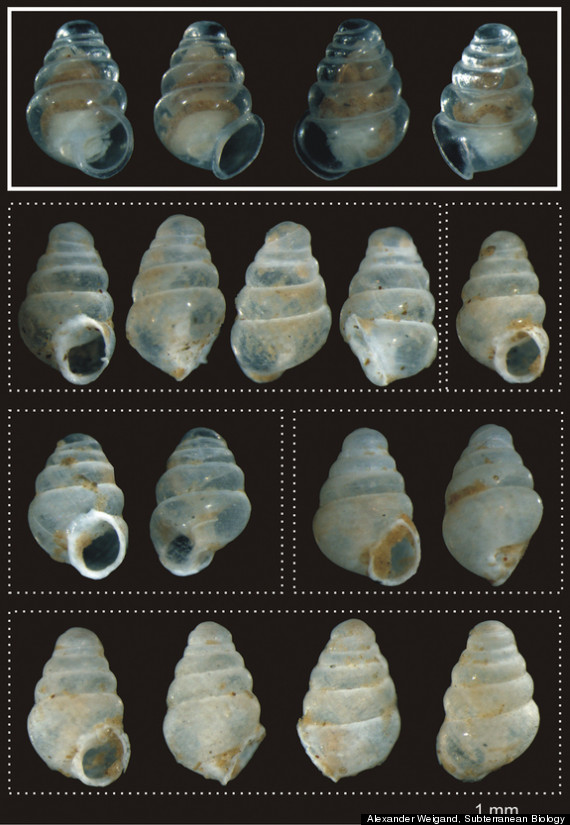 "They only creep a few millimeters or centimeters a week, and mainly in circles, grazing at one point where they live," Weigand said.

Weigand suspects that the snail travels in water currents or catches a ride on other cave animals, such as bats or crickets, to get from one place to another more efficiently.

The species is described this week in the journal Subterranean Biology.

Editor's note: This story was updated to correct the number of empty shells the team found. They found eight empty shells, not two.