Planes, trains, and automobiles are universal, but in some reaches of the world, moving parts are put to new uses. Sometimes visitors find them strange, or downright unsafe, but for whatever reason, be it history or recent culture, these interesting vehicles define a country, a city, or a countryside. These unique transporters bring new meaning to the notion that it's not the destination, but the journey, that really counts. Here is just a glimpse of some of the coolest modes of transportation you could find yourself flagging down, jumping on, or jumping off when traveling the world. 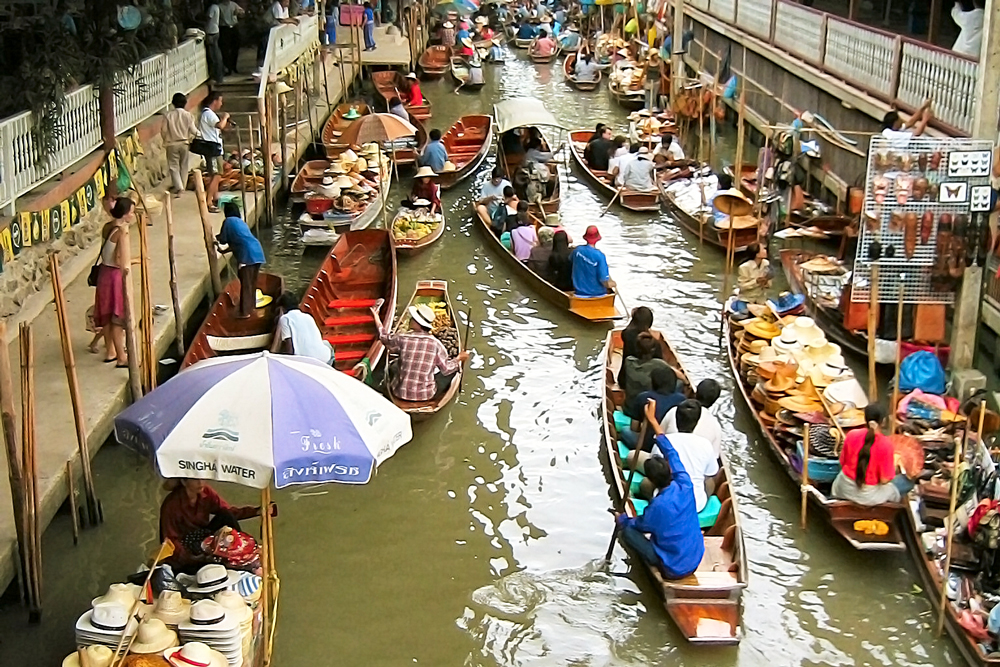 Thai-Style Canoe
Thailand
The gondola rides in Venice's famed canals are epic. Though a boat trip in Bangkok is roughly the same concept, the experience doesn't relate. The city's floating markets are a chaotic mix of haggling and boating, traffic jams of a different sort. Lined along the side of the canal, sellers hawk from canoes filled to the brim with fresh fruit and vegetables. There are many located around Thailand, though the biggest and most popular are within a day-trip's reach of the country's capital city. 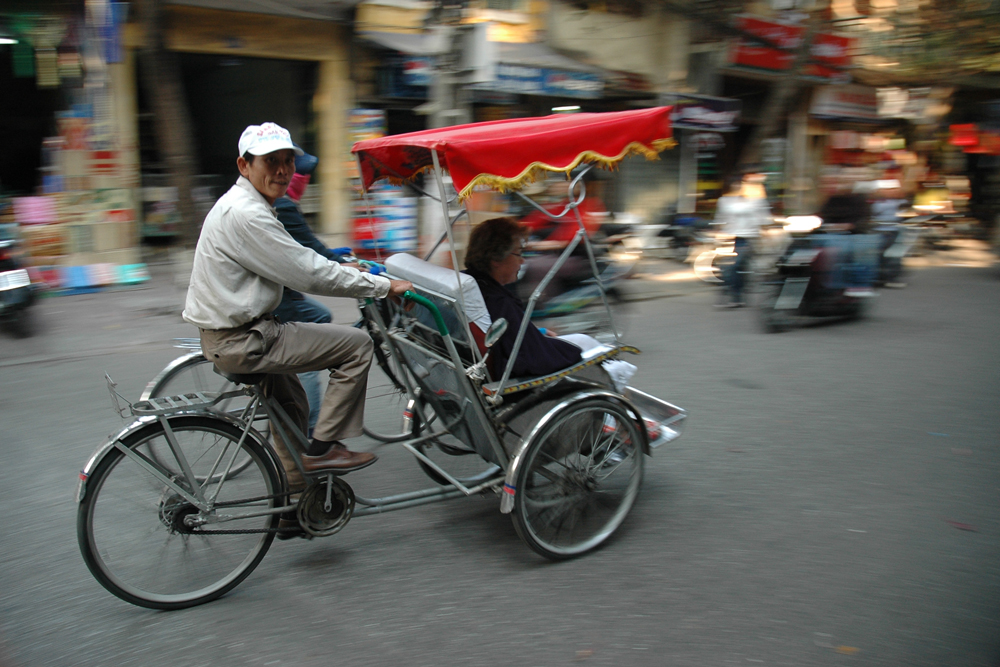 Cyclo
Vietnam
This three-wheeled vehicle is popular all over Vietnam, particularly in the touristy areas of Hanoi and Ho Chi Minh City. Once used as regular transport for locals, the bikes are now reserved mainly for visitors looking to explore the city at a slower pace. The locals stick to motorbikes. The small front seat fits only one comfortably, and the driver sits behind both pedaling and steering the rig. The cyclos are a comfortable and authentic way to explore the ancient pagodas and markets of Ho Chi Minh or get into the back alleys of the bustling Old Quarter of Hanoi. 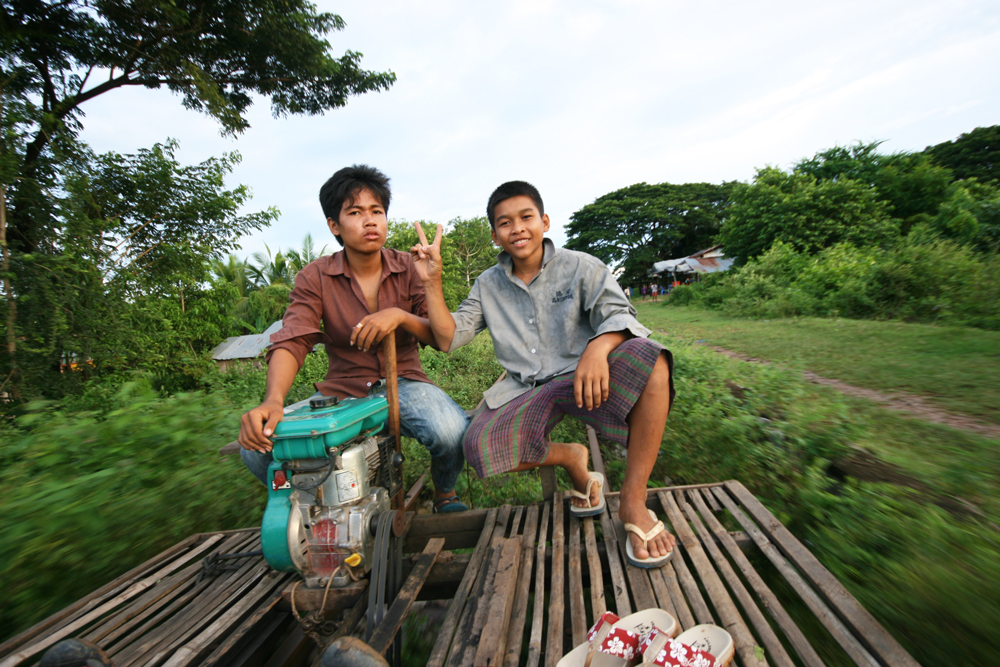 Bamboo Train
Cambodia
This rickety bamboo train, or "norries" as they're known to locals, consists of bamboo planks on barbell-like wheels with a small motor attached to the back end. Originating in the 19th century, the tracks were constructed when French colonists developed plantations throughout the countryside, needing a way to transport produce from field to market. Then, in the 1970s, communist rule destroyed the train engines as they believed anyone with power, be it transport, education, etc., was an enemy. Brought back to life years later, the tracks now run 200 miles through lush forest and are a fascinating glimpse into rural Cambodia. On any given day, you're likely to share your seat with locals, livestock, and assorted other modes of transportation, mainly motorbike. 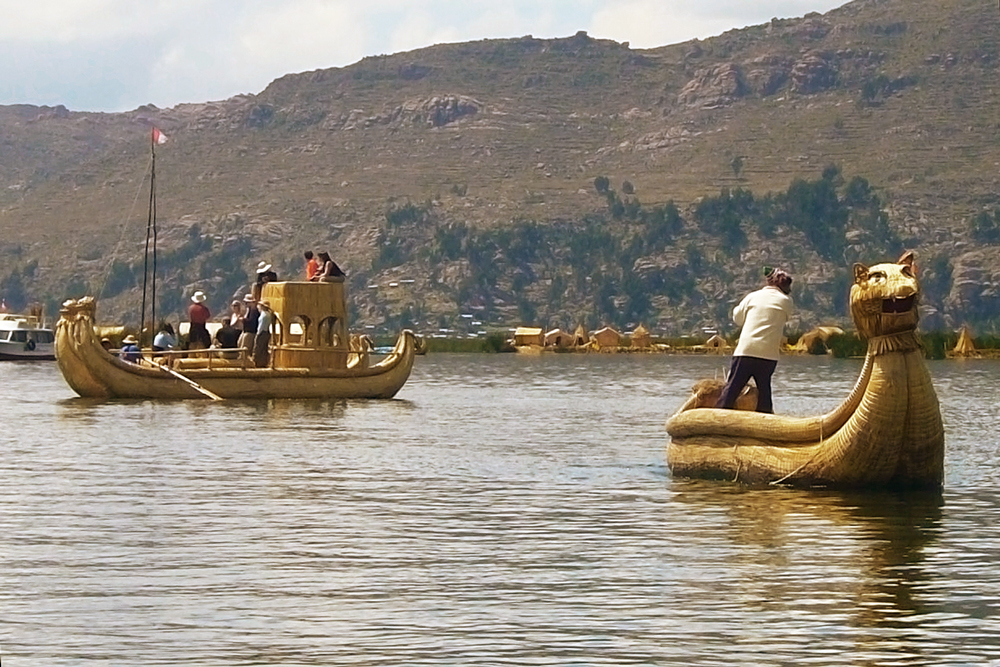 Totora Boat
Lake Titicaca, Peru
In the Andes, on the border of Peru and Bolivia, is Lake Titicaca, home of the Uros people who have long built their houses on reed islands in the middle of the lake. Since before the Incan civilization in Peru, the Uros have used reed to fashion boats, homes, and even the land they live on. Although the islands look much like they did centuries ago, on closer inspection, you'll find that many come equipped with solar panels to power televisions, air conditioners, and radios. To get to and from the mainland, totora boats shuttle island residents and tourists. Often built in the shape of a dragon, the boats are said to have kept evil spirits away in ancient Inca times.

More:
travelTransportation
Newsletter Sign Up
An essential daily guide to achieving the good life
Subscribe to our lifestyle email.
Successfully Subscribed!
Realness delivered to your inbox