When Dayna Rumfelt’s marriage ended after eight years in 2014, she knew she didn’t want her wedding dress just hanging around the house. Her plan of action to rid herself of it? Operation Destroy The Dress.

With the help of friends and family, the 35-year-old set out to put the gown through utter hell for the better part of seven months, dragging it through mud, taking it onto the paintball battleground, and eventually burning the damn thing in a huge bonfire.

"It felt so freeing," the Wasilla, Alaska resident told The Huffington Post. "For a long time after my divorce, I felt like I had a monkey on my back dragging me down into the mud. When the dress adventure began, I started to feel that less and less." 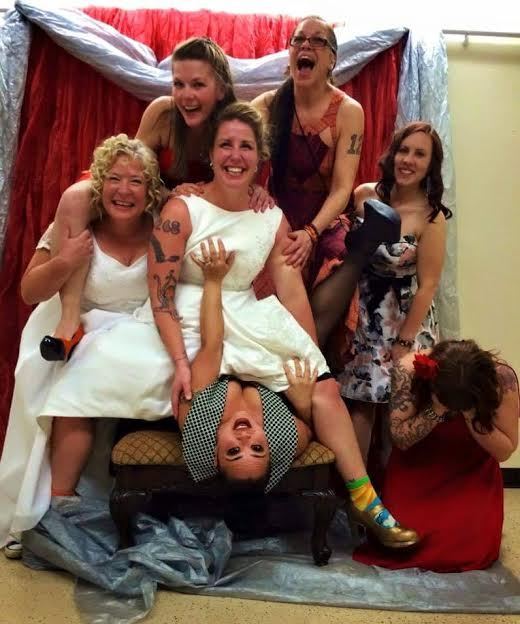 Then the ex-bride repurposed the dress while serving as bench manager at a Rage City Rollergirls roller derby game. "I benched with Spenard Itch, who is adorable," Rumfelt said. "She even found a suit to wear so we could match." 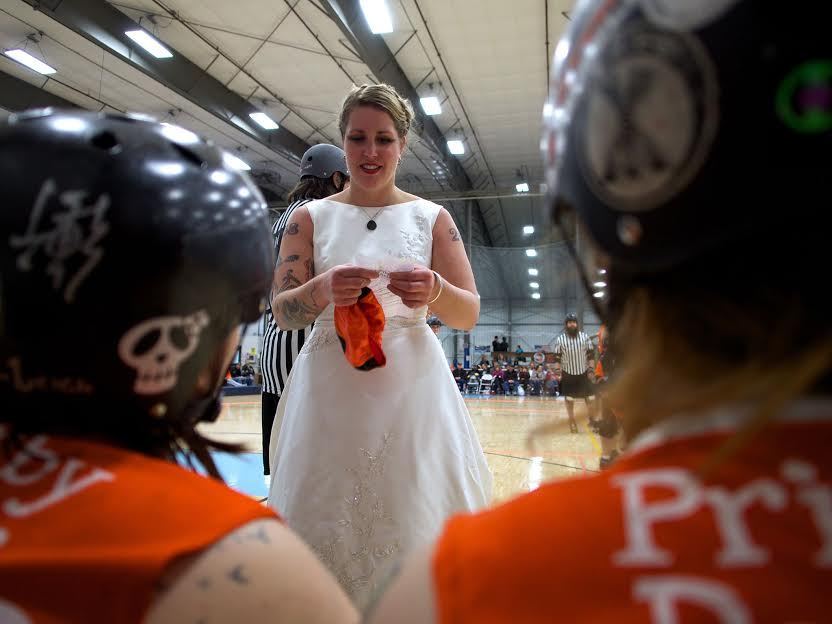 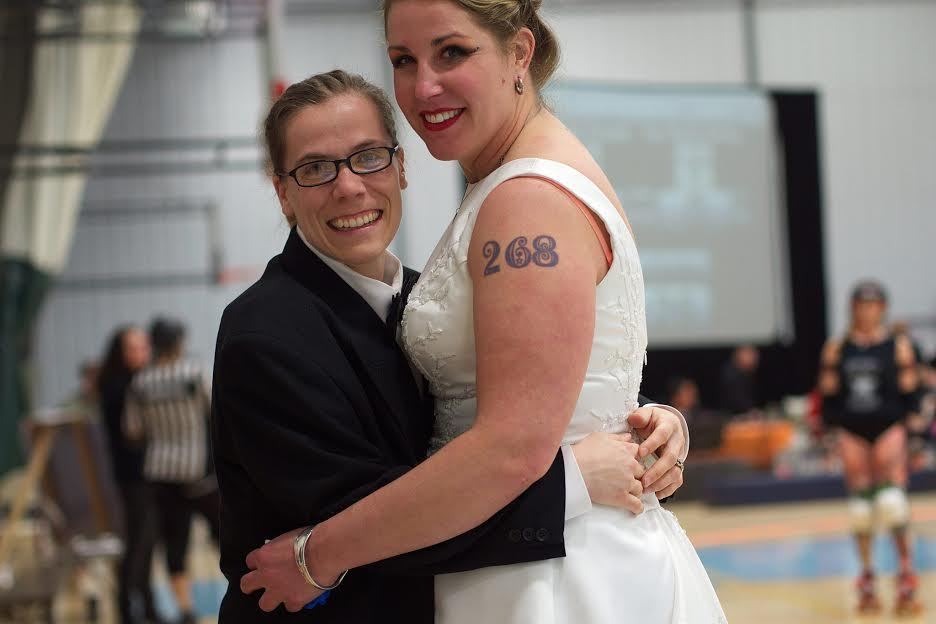 From there, Rumfelt and Laura Burns, a close derby friend also going through a divorce, gave their gowns a good soaking in the Reed Lakes. 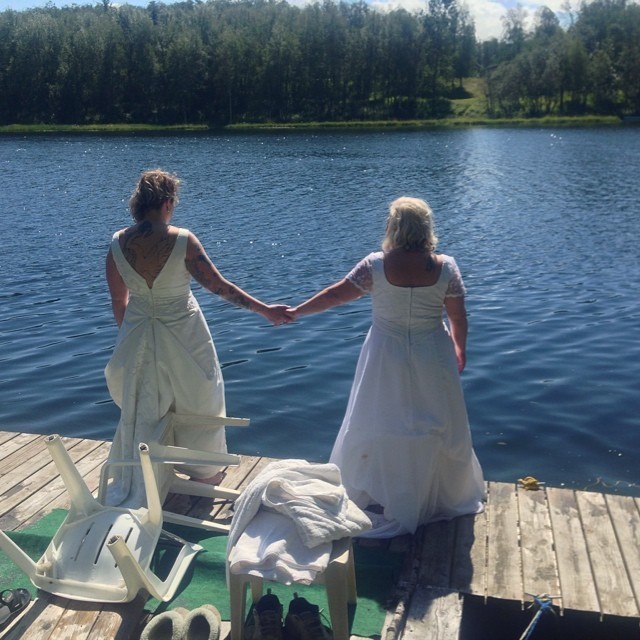 "Jumping into a lake doesn't screw your dress up quite like you'd expect," Rumfelt said. "It's funny how when you're getting married your wedding dress seems so fragile, but really when it comes down to it, those suckers are tough as nails. Outside of the smell, once the dress dried, it was fine." 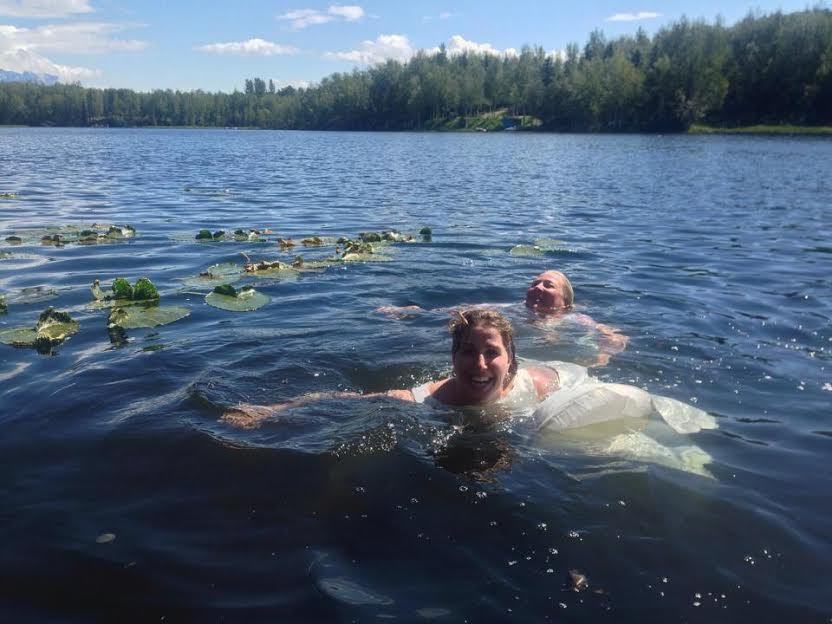 But "fine" was definitely not the state Rumfelt wanted the gown to be in. When a local photographer asked Rumfelt if she'd be up to participating in a trash the dress photo shoot, she jumped at the chance. Here's one of the most dramatic shots: 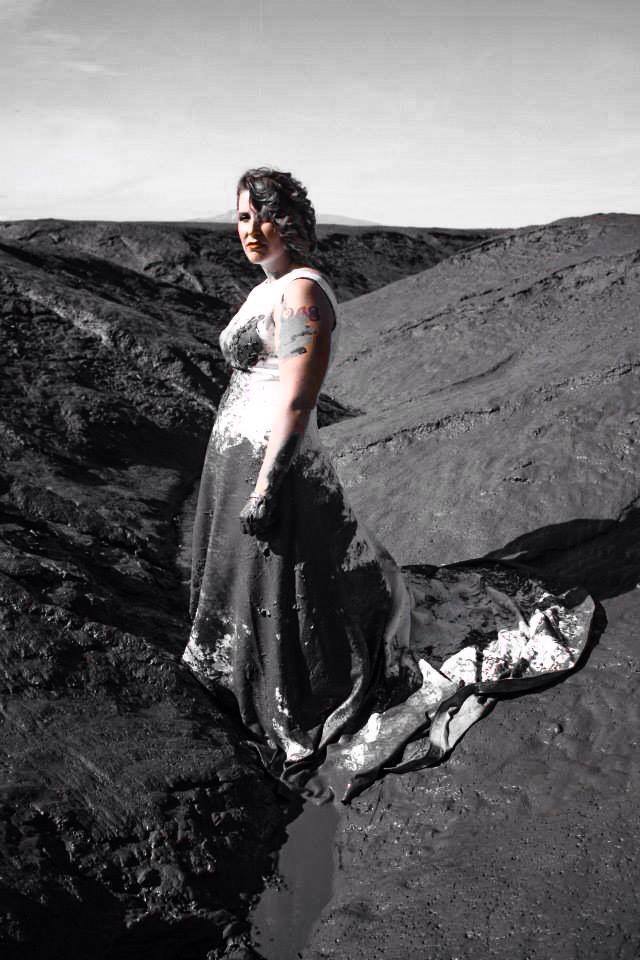 The photos are beautiful, but the plan was to destroy the dress. For the most part, the gown looked no worse for wear. "It was even more surprising than the lake not messing up my dress," Rumfelt said. "The majority of the silt and mud washed out of the dress." 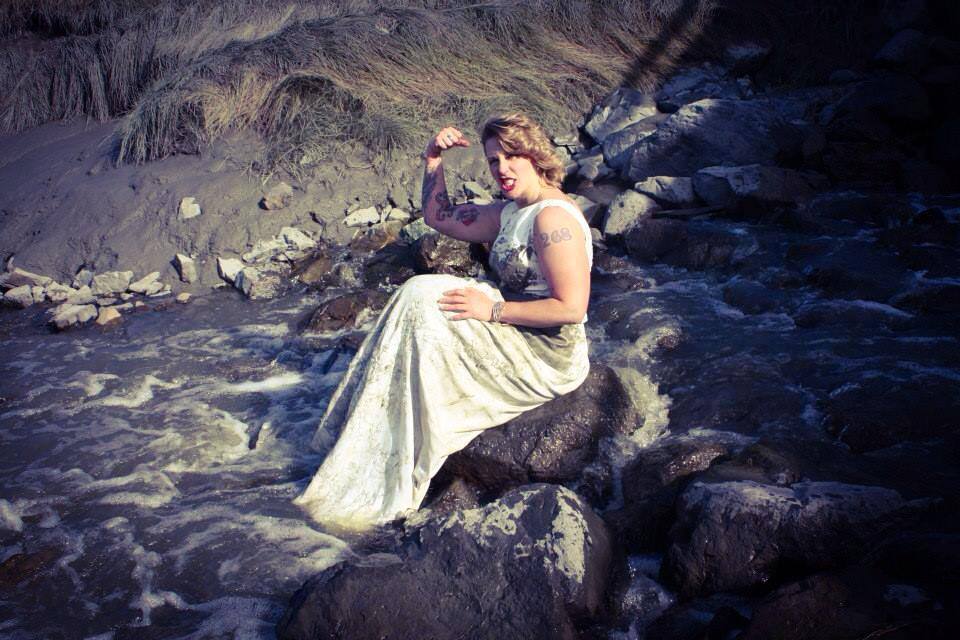 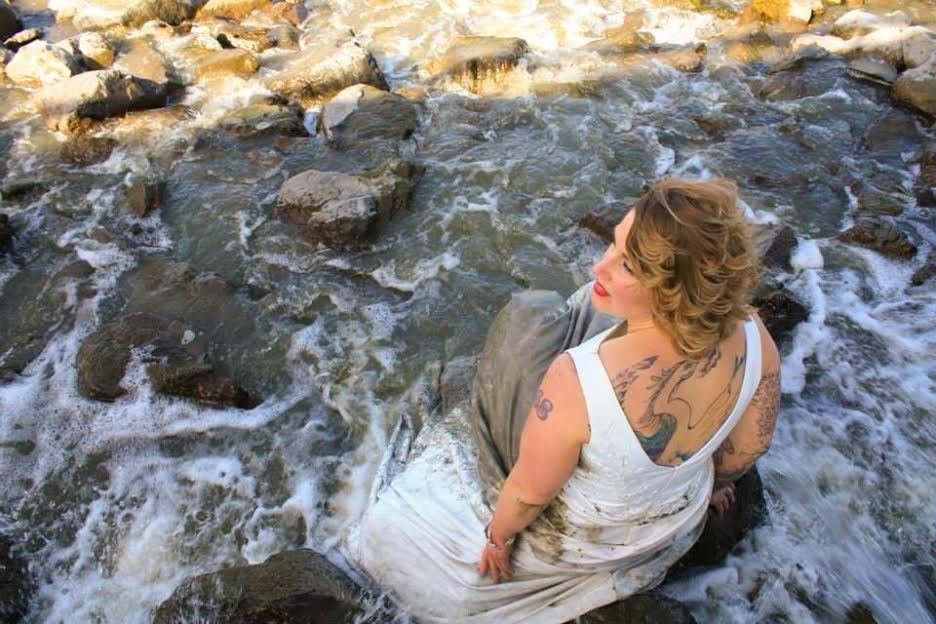 Next, Rumfelt, threw the "damn dress in the washing machine" and rounded up her family for a day of paint-balling. 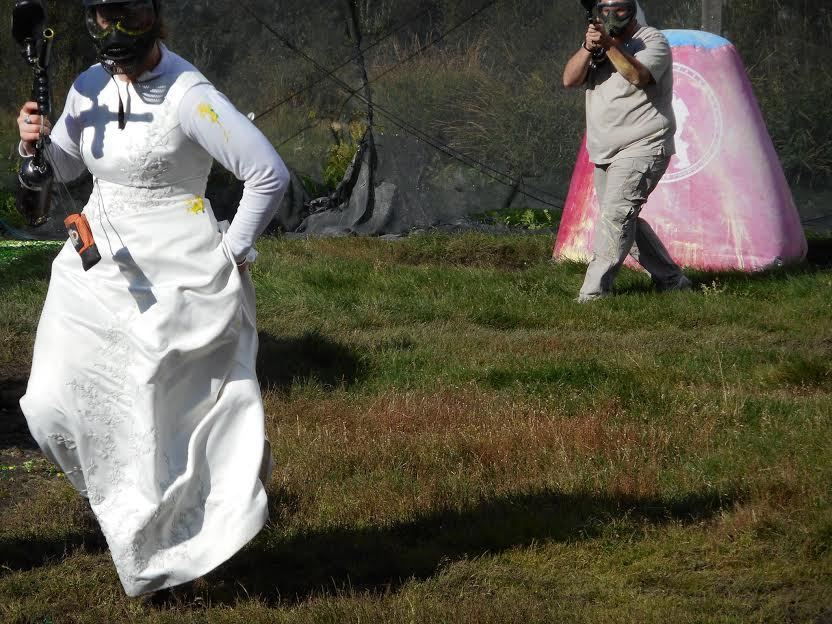 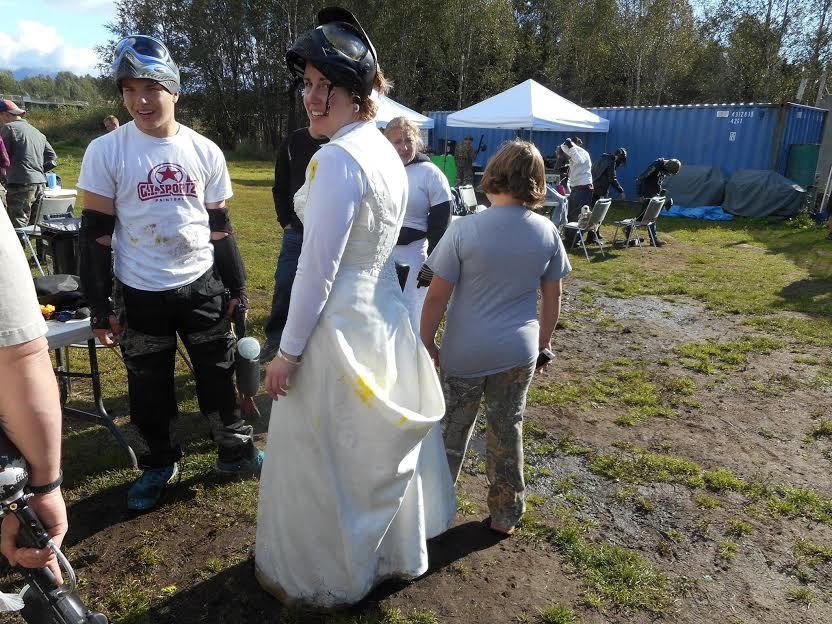 "I wish I had a picture from the end of the day because I literally slid baseball-style through a pile of paint balls and was covered with the funk," Rumfelt recalled.

At this point, a still undeterred Rumfelt toyed with the idea of water skiing and sky diving in the dress, but a busy work schedule got in the way. "Eventually, I just wanted the dress out of my house for good," she said. "It was like a black cloud and I didn't want to take it with me into the next chapter of my life."

The gown's final send-off involved Rumfelt simply setting fire to it in a backyard bonefire while a photographer friend snapped a few photos. 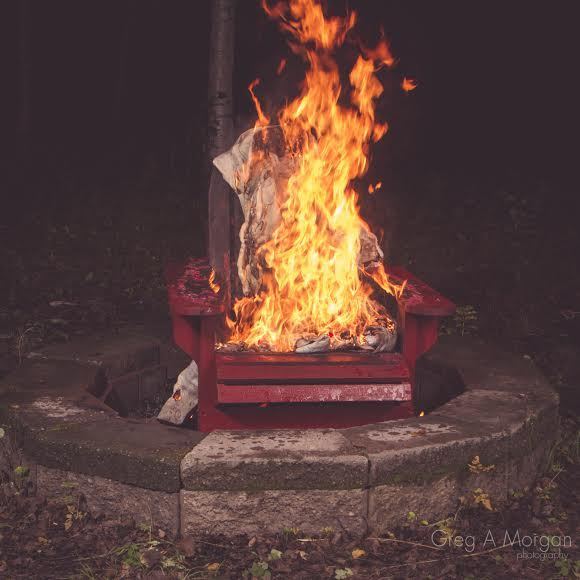 "I felt such a sense of relief watching it burn," Rumfelt said. "Almost all my negative energy had transferred to the dress over time and it had made me so sad to see it. I slept really well the night of the bonfire. The dress just had to go."