Three words should describe your travels as a twenty-something: beautiful, rough, messes. Dancing until the sun comes up, paying the least amount of money for the least fanciest experiences out there -- that's what this is about. Wandering as a "millennial" means taking in as much as your senses deem physically possible. Try everything twice, and then try it again.

So if you're a twenty-something who's never once experienced traveling when you're young enough and broke enough to "go with the unexpected flow," please start reading. And start reading fast.

Because this is something you really only want to partake in (and will only have the patience for), when you're young and flexible.

Tango Backpackers is hands down the best hostel in Buenos Aires' Palermo neighborhood. If you're in Portugal, the kooky/charming Lisbon Lounge awaits you in the capital city with bike rentals. Also, make sure to check out Le Village Hostel when in Paris. But every city has a rich variety of hostel options that run the gamut from swanky to sketchy. Choose wisely! Or don't! Either way, it'll be memorable.

2. Backpacking, trekking and/or hiking to some epically hard-to-reach location.

Backpack through Europe or maybe tackle the Inca Trail up to Machu Picchu. Remember that some of the most beautiful places are the hardest to get to. And if we're talking the ancient city of the Incas, the juice is definitely worth the squeeze.

3. Marveling mouth agape at some of the earth's natural wonders.

The world is a never-ending rabbit hole of majesty when it comes to nature. When you think you've seen the most beautiful landscape that's ever existed, there's another just around the corner waiting to take your breath away. Believe us, everything looks better than in the Instagrams.

Take your pick. Ayers Rock (Uluru) in Australia, the waterfalls of Iguazu,the limestone caves of Jeita Grotto in Lebanon, Victoria Falls in Zimbabwe... and on and on, forever.

4. Wrapping your head around the impossible architecture of a man-made wonder.

Imagine building these places with none of the machine power and technology we have today. Let's consider the Great Wall of China... how did this actually happen? Bow down and appreciate.

Also: Christ The Redeemer, the Colosseum, Stonehenge, The Taj Mahal and/or The Pyramids of Giza. Go there. Go there now.

5. Flirting in a foreign language.

If you ever want to test how fluently you speak another language, try flirting in it. Then watch all your years of language classes crumble into nothing but a small pile of dollar signs. But take heart: There's an app that can (somewhat) help you brush up. Duolingo is quick, it's easy and most importantly it's F-R-E-E.

6. Dancing the night away at a concert.

You can learn a lot about a country by the way they throw a concert. See a local show or maybe even a well-known band you already love. You'll find yourself either infatuated with something new or amazed at how literally everyone in the world knows the lyrics to Beyoncé.

7. Stuffing yourself with foods you don't get to taste every day.

Resist the familiar temptation to eat what you know, and dive face first into the delicious foods you won't find as easily at home.

Paella in Spain. Empanadas, asado and dulce de leche in Argentina. Feijoada in Brazil. Pizza and pasta in Italy. No diets while traveling, please. Food is basically the reason we take trips in the first place.

8. Taking the time to volunteer abroad.

Go the extra step and give back, however slightly, at least once during your travels. Giving your time to a country that has given so much to you during your stay is a good way to return fulfilled and armed with a little more cultural perspective. Fact: You won't ever regret doing good things.

9. Taking a class on something you've never done before.

Pottery, sewing, language, scuba-diving, surfing, matador-ing (wow, you brave) -- whatever it is, let it be something you've never done. This will make the experience all the more impossible to forget. Also, wine-tasting is definitely considered a class. And this is always an appropriate choice.

10. Meeting, befriending and raging with locals.

If you're traveling as a twenty-something, this is a necessary experience for at least one of your trips. It's not enough to head out with a group of friends you've known since diapers and travel the world.

11. Taking a walk around a city's historic neighborhoods.

Step out beyond the pretty parts and walk around the neighborhoods that aren't necessarily the most glamorous. These culturally historic places have a way of enriching your travel experience that nightclubs just seem to lack. Visit Rio's Lapa, watch a street tango performance in Buenos Aires' La Boca or take a stroll in Lisbon's Barrio Alto -- no matter how badly you just want to spend all your time in Cascais.

12. Sipping on the natives' drink of choice.

Because every country likes to consume its alcohol differently, and you'd be amazed at how many delicious and creative concoctions exist beyond a sex on the beach.

If it doesn't take more than twenty minutes to get to, it doesn't count. There's a reason even the locals hike to get to these remote locations, and you're going to want to see why. Here's a fact*: The best beaches are hidden.

*We're not sure if this is actually a fact.

14. Skiing and snowboarding on a foreign mountain range.

Some of those famous mountains we've only heard of can actually be skied and snowboarded in real life, meaning you can shred down the Andes while in Argentina or conquer the slopes of Chamonix in Italy and France. You can even cross over from one country to the other ON SKIS.

15. Chatting it up with your taxi drivers.

Because they're less likely to over-charge you or steer you in the wrong direction when they see that you're a friendly human being. Plus, this is a great opportunity to practice your language skills. Warning: This may become one of the most interesting interactions you have while traveling, no joke. And they may still try to rip you off.

16. Checking out a nudist beach.

Even if it's just for a second. This isn't the kind of thing you see a lot in the States. But it's a much more popular concept in Europe and some parts of South America, so take advantage.

Wake up at the ass-crack of dawn and go on an adrenaline-pumping adventure. And if your heart's not ready to jump out of your chest come the end of it, then you did something wrong. Saddle up, and go again.

18. Visiting at least one cultural landmark or museum.

This should be a given, but you'd be surprised at how many people want to avoid doing "the tourist thing" and end up skipping "the cultural thing" all together because of it. Some places just can't be missed, so set aside an hour and take in something artistic.

Teatro Colón in Buenos Aires, the Louvre in Paris, Spain's Prado or the V&A in London. Be selective and don't try to bite off a huge chunk all in one day. Remember, you can only visit the places that truly interest you.

19. Exploring every hangover cure the country has to offer.

If you drink like a local, you'll get hungover like a local. And you'll need your hangover cured like a local. Countries have their own favorite remedies for banishing that migraine and persistent feeling of nausea... all of which will come in handy many a time in your twenty-something life.

In Russia they drink pickle juice (to each their own...). In Japan, they have a miso soup called shijimi. In Bolivia, it's all about a pork stew called fricasé. And they're big believers of the "recovery beer" in Denmark; they call it reparationsbajer.

This is a good way to meet some locals as well as other tourists who are traveling through just like you. Many countries have a national dance that's specific to their cultures, so take the plunge and release your happy feet.

Try a tango class in Argentina or a samba class in Brazil. Go for a Flamenco dance in Spain, or learn how to dance the salsa in Cuba.

21. Taking something with you.

Yep, go for the souvenirs. But also friendships, memories, photographs, food (but probably no fruits and veggies because that kind of thing is illegal), kisses, hugs, a new skill you learned... take it all back with you and think of it often.

Leave a part of you behind. Maybe it's an old t-shirt, maybe it's a part of yourself that you've outgrown. However small or meaningful, detach yourself from something that has spent most of its life in your possession.

You'll be alarmed at how healthy and unexpected it feels, and you'll want to do it every time you travel. 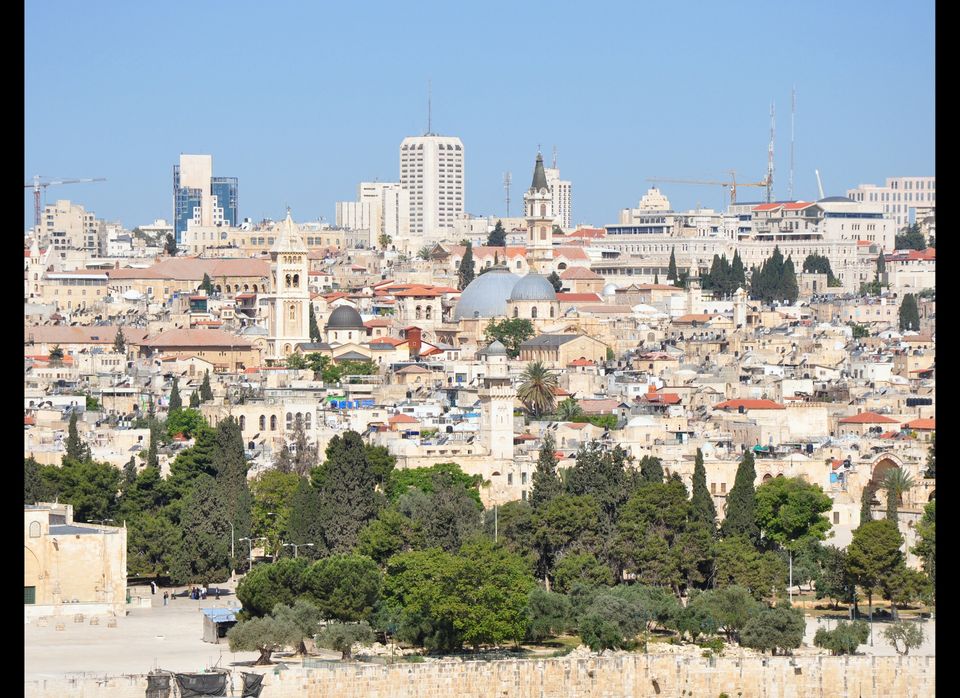