At Travelzoo, our Deal Experts have crisscrossed the globe many times over, collecting expert travel tips for our members. But no one is born a travel expert--we were all newbies boarding our first flight at some point. Sometimes, our knowledge was earned the hard way, through booking mistakes, cultural misunderstandings, and lost-in-translation moments.

To show that rookie travel mistakes can happen to the best of us, we've asked expert travelers to share their most embarrassing misadventures. They prove that with the right attitude, travel mishaps can be good learning experiences (and good stories) that don't have to dampen your fun.

It's all Greek to me

On my first trip to Athens, Greece, I was lost on the streets close to my hotel. My friend and I had the hotel business card with the address, but it was all in Greek. We had only walked about 20-30 minutes from our hotel but could not figure out the street signs, of course written in Greek letters. We waved down six cab drivers and showed them the hotel card, but they all waved their hand no and kept going. We finally ran into a police officer who spoke English. He told us the taxi drivers didn't pick us up since we were only one block from our hotel, so it wasn't worth their time! We had literally been walking in circles! 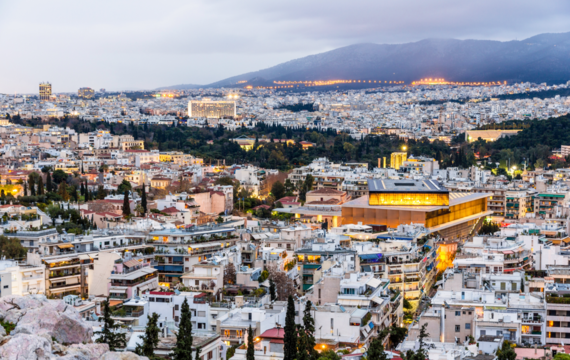 When I first moved to Costa Rica, I practiced my Spanish with a local bartender. I was doing well until I said "Quiero pegarte," which I thought meant "I want to pay you." The bartender narrowed his eyes and glared at me. I had no idea what I said wrong. I later found out that I should have said "Quiero pagarte," because "Quiero pegarte" means "I want to punch you"! 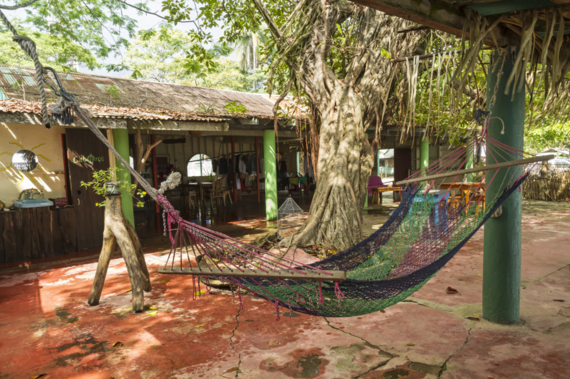 My wife, Zeneba, and I are both classical musicians. On our first foray into Italy, our Italian language skills were barely better than those of Tarzan. We found that a common question asked of us was "Che lavoro fai?" -- "What do you do for a living?" Following Zeneba's tips, I answered in rudimentary Italian that I play the cello in an orchestra: "Io gioco cello in una orchestra sinfonica."

I don't know how many times we said this to people--a lot. But finally, one innkeeper couple laughed and took us into their confidence: "Don't say this like that anymore." They then explained what I had really been saying. The word "giocare" means "to play," but it's in the sense of playing a game, not an instrument. A harmless mistake, and one most Italians understood in the context.

However, that wasn't the worst of it. When I said "cello" (short for "violoncello") it sounded like ucello, little bird. So I was sort of saying, "I play with a little bird." That's still not the embarrassing part, though. Ucello, it turns out, is also a common slang word for testicles.

So, what it sounded like I was saying in response to "What work do you do?" was "Oh, I play with my..." Well, you get the idea.

I do remember that some people seemed a little too impressed with what I told them I do for a living. 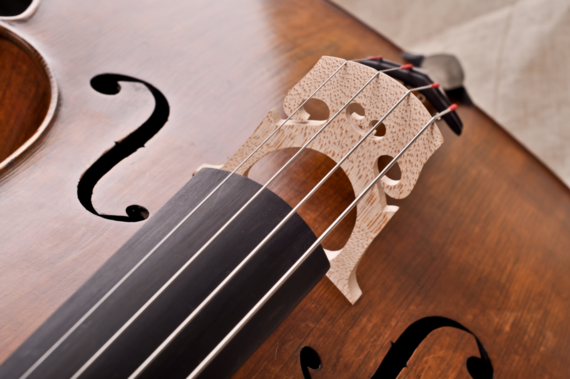 Troubles on the train

When I was backpacking Europe for the first time, my boyfriend and I took a train from Rome to Naples. We had no clue that train tickets have to be validated with a time stamp before you board. When the train conductor came by, he said our unstamped tickets were invalid and that we had to get off the train--still an hour from our destination.

Fortunately, the Spanish-speaking passengers next to us had the same problem. What followed was a heated Spanish-Italian yelling match between them and the conductor. To our relief, the argument ended with the conductor throwing up his hands in exasperation, stamping all of our tickets (with lots of grumbling), and moving on to the next car. 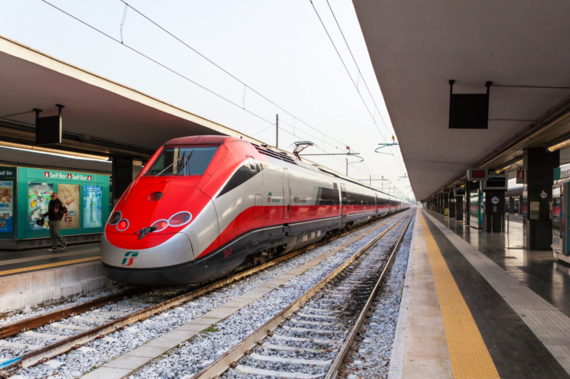 The case of the ominous noise

The mystery started after sunset at our guesthouse on a small island in the Philippines. All was peaceful and quiet--until 9 p.m. Then, someone in the courtyard ... well, I don't know what they did exactly. But they did it 10 or 11 times in about three hours. A book thrown against a wall? Furniture tossed off the roof? What I did know: it was loud. Shockingly, disturbingly, rudely, infuriatingly loud.

My partner went to the door to investigate. "No, no, no!" I whispered, my imagination envisioning a gang in this unfamiliar land trying to lure us outside. Then it happened again. This time, above our room. "Really?" we said. "It's nearly midnight. This racket is unacceptable. We're talking to the staff in the morning."

At breakfast time, my partner found the owner. Before he had said a word, the cheerful owner asked him if the mangoes had bothered us last night. You know. The ones that are blown out of the tree and land with a sickening crack on the stones? Or echo persistently after they torpedo into the tin roof? The ones that sound like a gang of foreign thugs? Mangoes. 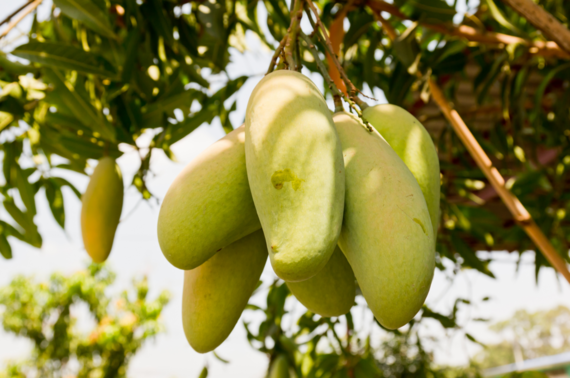 Unprepared at the airport

Australia, with its shared British colony background like the USA, is as easy to enter as England or Canada, right? Well, I learned the hard and horrifying way when I tried checking in for my Atlanta to Sydney flight at the airport. "Do you have your visa clearance?" the gate agent asked me. I'm usually well-prepared, but I had no idea I'd need to apply for a visa to enter Australia! I wanted to die inside.

Thankfully, all it took was a quick Wi-Fi session to fill a $20AUD online application to receive the e-visa clearance in seconds ... but you could imagine my heart wanting to jump out my throat the entire time. I still made the flight on time but had to ask myself, "What the heck was I thinking?" Now, I can speak from experience when I say travelers should always check for up-to-date visa regulations before heading on any international trip. 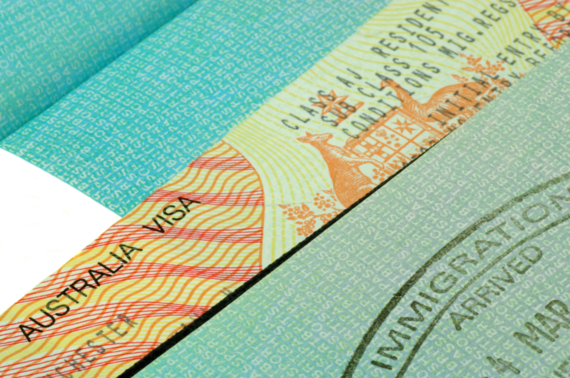 Not so glamorous after all

Robin Hutson, Editor at Luxe Recess: For Parents Who Like Really Nice Hotels

I publish a luxury hotel magazine for families, and I am a seasoned parent flyer and traveler. But my husband and I took our first big trip solo to Paris without children. I planned every outfit, every reservation, every neighborhood walk for a fantasy week at the Ritz so we could pretend to live a childless couple's life filled with long lunches and late mornings in bed, and be that couple kissing all over the city.

In my effort not to dress like a mom, I filled my suitcase with heels and no walking shoes. As a former New Yorker and world traveler, this was beyond dumb. After the first day, my blisters left me immobile until I wobbled into Le Bon Marché and purchased a pair of Superga sneakers. I haven't made that mistake since. 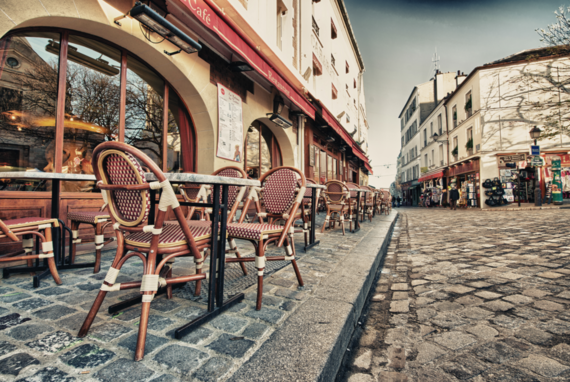 Using foreign currency and understanding local costs can be one of the most confusing aspects of traveling abroad. In India I observed how the auto-rickshaws were the cheap way to get around, so I studied how they were hailed and how prices were negotiated. Leaving the office one evening, I hailed my own auto-rickshaw, told him where I wanted to go, and was quoted a price of $6 for the 20-minute trip. Success! Or so I thought, until the hotel informed me I paid three times more than it should have cost. Sometimes a price sounds great, especially as foreigners, but it's a great idea to find a neutral third party to help give you perspective. 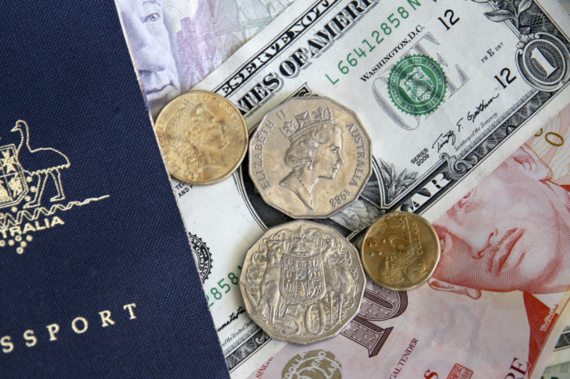 It can only get better from here

Lauren Juliff, London, writer at Never Ending Footsteps and author of How Not to Travel the World

When I first started traveling, I was about as far away from a travel expert as you could get. I set off for a round-the-world trip - a trip I'd been planning for five years - and almost missed my flight out of the country! I'd managed to set my alarm an hour late and rushed through airport security just as they were making the final call for me.

My misadventures didn't end there. On the first day of my trip, I explored Dubrovnik under the hot August sun, forgetting to wear sunscreen or drink any water. I ended up severely sunburnt, dehydrated, and suffering from heatstroke. That night at my hostel, I wasn't sure what I was supposed to do with my backpack, so went to sleep with it on my back! When everyone in my room discovered what I'd done the following morning, they gaped at me as if I was insane.

I had only been gone for 24 hours and already I felt like an enormous failure. But the great thing about travel is that you can always set off for a new city where nobody knows your name or your story. Everything's a learning experience, and a chance to grow. 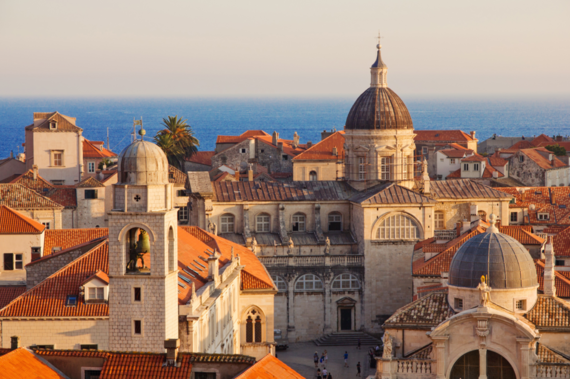 Kelsey Rexroat is an editor at Travelzoo and based in New York. Travelzoo has 250 deal experts from around the world who rigorously research, evaluate and test thousands of deals to find those with true value.