(Reuters Health) - People who travel to exotic locales and take along their own antibiotics are more likely to come back colonized with resistant bacteria, according to a new Finnish study.

Many travelers take along antibiotics to treat so-called "traveler's diarrhea" - and if they have the medications along, they are likely to use them even for minor ailments, according to lead author Dr. Anu Kantele of Helsinki University Central Hospital.

In most cases this is a bad idea, she said.

"If you have mild or moderate diarrhea, you will not need antibiotics" but should drink lots of fluids and, if needed, take medication that relieves the diarrhea like loperamide (Imodium), if you brought any, she said.

Severe diarrhea might require antibiotics, but it also requires a medical evaluation, she said. Diarrhea can be a symptom of other, more severe diseases such as malaria. It can be dangerous to try to self-manage malaria with the wrong medication, she said.

"At home we doctors always recommend seeking medical care when you are very sick," Kantele said. "Why on earth would we advise anyone to decide differently in a developing country?"

Overall, 288 of the 430 travelers experienced diarrhea while abroad. Sixty-six travelers took antibiotics during the trip, and 52 used the drugs to treat diarrhea, according to a report of the study in Clinical Infectious Diseases.

Twenty-one percent of the travelers were colonized with an antibiotic-resistant strain of bacteria on their return, most often those who traveled to Southeast Asia. No one who traveled to Europe, Australia or the Americas tested positive for the bacteria.

Taking antibiotics increased the risk of contracting the resistant bacteria: 17 percent of people who took no antibiotics were colonized on their return, compared to 46 percent of those who took the drugs for traveler's diarrhea.

"The majority of healthy travelers who get colonized have no symptoms and the bacteria disappear within a few months, so they never knew they carried it," Kantele said.

But the bacteria can be dangerous for some.

"These drug-resistant organisms are not dangerous to healthy individuals but if they are transmitted to immune compromised or chronically ill persons who are unable to control the infection . . . it would be a major problem because most standard antibiotics will not work and there are limited drugs available to treat such infections," said Dr. Jay S. Keystone of the Tropical Disease Unit at Toronto General Hospital.

Keystone coauthored an editorial published with the study.

These resistant bacteria should be treated and addressed both locally in the high-risk areas where they are and by preventing their spread around the world, keeping travelers from bringing them back to the home country, Kantele said.

"We need a big change in our attitude toward antibiotics, we need to respect them. When they are needed they can save our lives," Kantele said.

People with a high fever or bloody stool while abroad may need medication, and the best choice is to see a doctor if at all possible, she said.

As for carrying antibiotics on a trip, Kantele would recommend them "for travelers who go to remote areas, like Himalaya trekkers," Kantele said. "Areas with poor access to healthcare."

Keystone, however, said, "Personally, I would not leave home without an antibiotic and loperamide for travel to developing countries."

"In many developing countries, especially in rural areas, one is at risk of receiving an injection with unsterile equipment, a counterfeit or inactive drug or inappropriate treatment or in a hospital setting, becoming colonized with a drug resistant organism," Keystone told Reuters Health by email.

But, he added, travelers should still take antibiotics along when they depart, and use them wisely.

Bringing Your Own Antibiotics On Vacation Could Do More Harm Than Good
10 Travelers Who Stopped Stressing, Bought A 1-Way Ticket, And Changed Their Lives 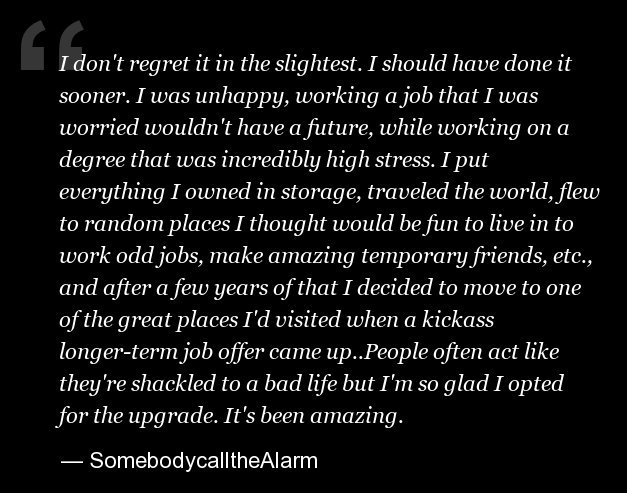