Close encounters of the FOURTH kind. That's when a person claims to have been kidnapped by a UFO and its reportedly otherworldly occupants.

Of course, there's no tangible evidence that anyone has ever been taken aboard an extraterrestrial spacecraft. But there are those who claim they've been abducted, and their stories are chilling.

Travis Walton's terrifying account is the stuff movies are made from, and he joins us on the HuffPost Weird News podcast to talk about that day 40 years ago, when the then 22-year-old logger says he was knocked unconscious, and woke up to find he was surrounded by ETs aboard their ship.

"It was a metallic, glowing disc, making some very strange sounds," Walton told us. "The closer I got to it, the more scared we all got and they were swearing at me to get away from there, and when I got up close, it suddenly got louder and started to move.

"I jumped for cover and then jumped up to run back to the truck, and that's when this blast of energy hit me, and I just felt this numbing shock go through my body. But the crew said it threw me through the air 10 or 20 feet and I landed in a way that they were immediately certain it had killed me, and they fled."

The incident began on Nov. 5, 1975, after a long day of work in the Sitgreaves National Forest near Heber, Arizona. Walton and six other loggers were heading home when they suddenly saw a 40-foot-diameter shiny disc hovering in the air.

Walton first told his extraordinary story in a 1978 book, "The Walton Experience," which became a 1993 film, "Fire In The Sky." His account has just been turned into a candid documentary, "Travis: The True Story of Travis Walton." 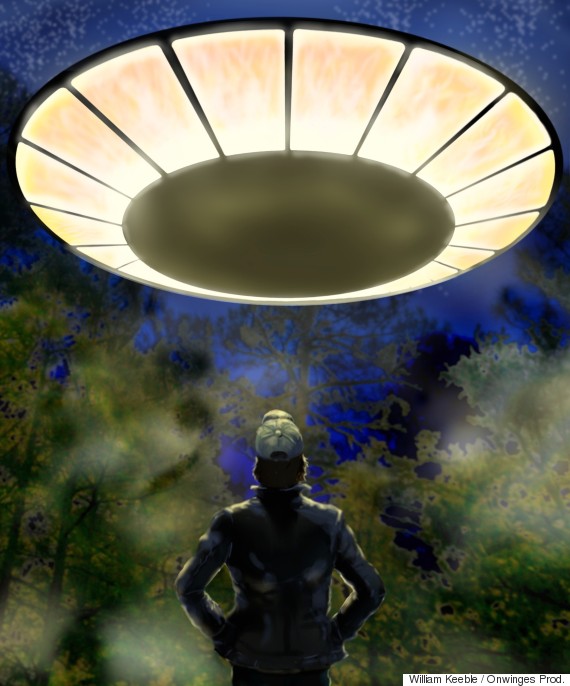 Walton reveals the terrifying details of his experience at the hands of several "non-human" beings, and his feelings of suffocation and the fear that he was dying as the event unfolded.

Watch this trailer for 'Travis: The True Story of Travis Walton'

"When I was first able to focus my eyes good enough, I was still on the table. And as soon as I saw this face, and knew it wasn't human, I tried to hit it away from me. They were much smaller than me, and I think that's the reason they gave up. Once they found out they couldn't control me, they split. I was absolutely terrified." 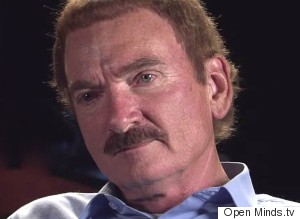 Walton, pictured at right, was declared missing for five days, during which time his logger buddies fell under suspicion of foul play. When Walton finally turned up again, not knowing how long he'd been gone, an intense investigation was underway, including multiple polygraph, physical and psychological tests.

He tells HuffPost about little known aftermath details, including subsequent research in the forest area which has shown an unusual growth rate in trees in the immediate vicinity of the encounter.

"About 15 years later, it was discovered that the trees nearest to where [the UFO] hovered had been producing wood fiber at 36 times the rate it had in the 85 years before that," Walton says. "More recently, a complete core sampling revealed that this thickened growth was only on the side of the trees towards, or in the direction that the craft had been."

Walton addresses the stigma that he and so many other people -- who claim encounters with possible alien beings -- are generally considered unreliable wackos.

"The scientific evidence of the likelihood of intelligent life in our vicinity has become so overwhelming that the people who believe that we're alone in the universe -- those are the kooks."

To commemorate the 40th anniversary of his close encounter, Walton will speak at the November Skyfire Summit in Arizona. On the agenda is a road trip to the exact spot where this four-decade-long controversy began.

Our podcast was produced by Katelyn Bogucki and edited by Jorge Corona. Please subscribe, rate and review HuffPost Weird News on iTunes.

Alien Abductees -- In Their Own Words