SANFORD, Fla. — Police have released audio 911 tapes in the shooting death of Trayvon Martin, the unarmed teenager allegedly killed by a neighborhood watch captain while walking home from a store.

In eight chilling recordings, made the night of February 26, listeners can hear the frightened voices of neighbors calling to report screams for help, gunfire and then that someone was dead.

In perhaps the most disturbing of the recordings, a frightened voice in the background cries out for help and pleads "No! No!" and then continues to wail.

And for the first time, we hear the voice of George Zimmerman, the neighborhood watch captain who admitted to police that he shot Martin, who was walking home from a convenience store to his father's home in the gated community. Zimmerman has not been arrested or charged in the shooting.

Editor's Note: The following recordings and their transcriptions below contain strong language that some readers may find objectionable.

"This guy looks like he's up to no good, or he's on drugs or something," Zimmerman tells the 911 operator. "He's just staring, looking at all the houses. Now he's coming toward me. He's got his hand in his waistband. Something's wrong with him."

Zimmerman described Martin as wearing a hoodie and sweatpants or jeans. He continues: "He's coming to check me out. He's got something in his hands. I don't know what his deal is. Can we get an officer over here?"

"These assholes always get away," he says to the operator. Zimmerman is then heard giving directions to the dispatcher. "Shit, he's running," Zimmerman says.

"Are you following him?" the dispatcher asks.

"We don't need you to do that," the dispatcher says.

In other recordings, callers tell the 911 dispatcher that someone has been shot. One person tells the dispatcher that two guys were wrestling behind his back porch and that one of them was yelling for help. Then the male caller stammers in shock. "I'm pretty sure the guy is dead ... Oh, my God! ... The black guy looks like he's been shot and he's dead."

"The guy on top has a white T-shirt," another caller said.

"Is he on top of someone?" the operator asks.

Yet another caller says, "Someone was screaming 'Help! help! help!' Then I heard a gunshot."

One caller, a teenage boy, said that as he was walking his dog, "I saw a man laying on the ground that needed help. He was screaming."

Then, he told the operator, he heard a gunshot and said the screaming stopped.

Martin's family and their attorneys were allowed to hear the audio before it was made public.

"You hear a shot, a clear shot, that we can only assume is a warning shot," said Natalie Jackson, a family attorney. "Then a 17-year-old boy is begging for his life. Everything tells me that that was Trayvon Martin."

The local state attorney is reviewing the investigation and will decide whether to prosecute the volunteer watchman.

"Do we really believe that if Trayvon Martin would have pulled the trigger, he would not be arrested?" said Crump. "This is obviously a cover-up, and we need a sweeping overhaul of the Sanford Police Department."

Sanford Mayor Jeff Triplett said he spent Thursday meeting with the state attorney's office discussing the release of the tapes. "It was as simple as us saying, 'We're going to do this, what do you think?'" Triplett told HuffPost.

The police chief serves at the pleasure of the city manager. Bonaparte was asked by HuffPost whether the furor jeopardizes Lee's job. "We're reviewing all of our options at this point," he said, adding that he currently sees "no reason" to remove Lee.

Zimmerman had been the subject of earlier complaints by residents of the gated community in which he and Martin's family lived. At an emergency homeowner's association meeting earlier this month, "one man was escorted out because he openly expressed his frustration because he had previously contacted the Sanford Police Department about Zimmerman approaching him and even coming to his home," a resident wrote in an email to HuffPost. "It was also made known that there had been several complaints about George Zimmerman and his tactics" in his neighborhood watch captain role.

The case has drawn national attention and has outraged many residents of Sanford, a town about 20 miles north of Orlando, particularly in the African-American community. Many have suggested a history of strained relations between the police department and blacks.

CORRECTION: An earlier version of this article incorrectly stated that Martin, not Zimmerman, was arrested in 2005. We regret this error. 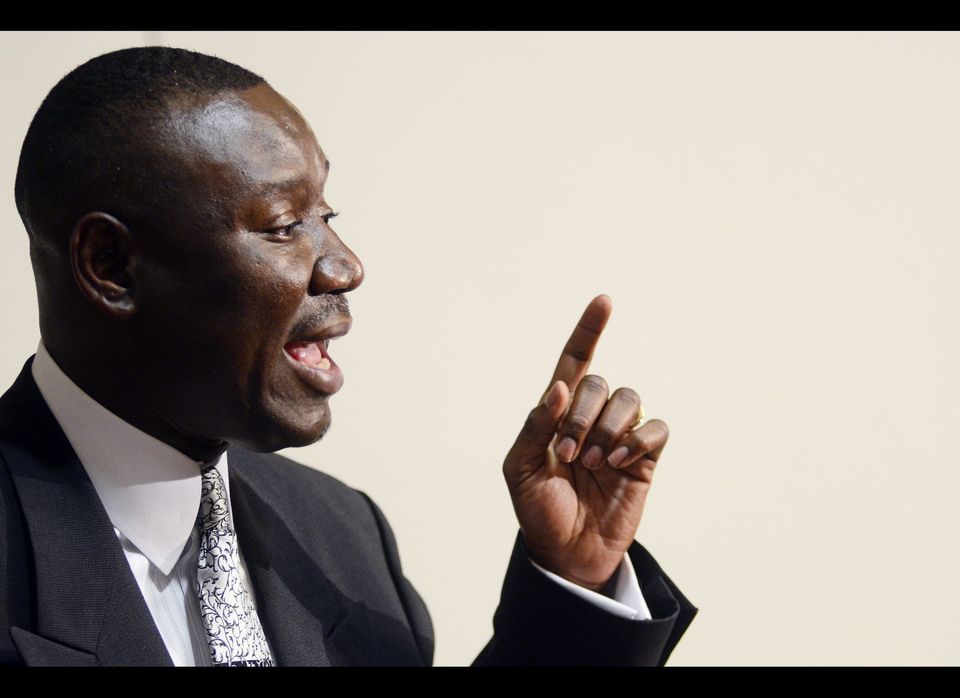 1 / 11
Trayvon Martin Photos
Benjamin Crump, attorney, for the family of the late Trayvon Martin, talks to the media after the release of 911 call at the Sanford City Hall on Friday, March 16, 2012 in Sanford, Fla. Martin, 17, was shot to death after being confronted by Sanford neighborhood watch volunteer George Zimmerman, 28, on February 26, 2012. Zimmerman, white, told Sanford Police that he shot the unarmed black teenager in self-defense. Family members are calling for Zimmerman's arrest. Credit: David Manning for The Huffington Post