Rev. Tony Lee was in his car on Saturday night when he heard the news that George Zimmerman had been found not guilty on all charges in the trial over the death of Trayvon Martin.

"My phone and texts just started blowing up -- they all said, 'they found him not guilty,'" Lee said.

Realizing that he was going to have to preach in the morning, the pastor began thinking of what he would say to his largely black congregation called Community of Hope outside of Washington, D.C. Many in the congregation have lost loved ones to gun violence, and are simultaneously grieving and seething from what is being widely experienced in the black community as an injurious miscarriage of justice.

"I knew I would be wearing my hoodie while preaching," Lee said, "and I wrote to all the pastoral staff that hoodies are welcome."

As church communities gather on the Sunday after the "not guilty" verdict in one of the most racially fraught trials in recent memory, black pastors are offering both pastoral and prophetic responses from their pulpits.

Lee is preaching on the topic "Where Do We Go From Here," in which he uses the Martin Luther King Jr. speech of the same title.

"I wanted Martin speaking on Martin," the pastor said in a phone conversation with The Huffington Post. "When King gave that speech, he was speaking to the Southern Christian Leadership Conference and so he was using a Christian framework to talk about systemic problems with the United States. And King ends that speech with a call for the United States to be born again."

Lee's scripture lesson is about the stoning of Stephen, a young man who is considered an early martyr for the Christian faith.

"There has always been backlash, there was backlash with the early Christian movement with the killing of Stephen, but there in the crowd witnessing was Saul who later became Paul," Lee explained. "We have seen great movement forward in America, but there is always backlash. We just cannot use this as an excuse, but as a motivation to keep moving forward. There is a great pain but there continue to be seeds of hope that our nation that can be born again."

Rev. Mike McBride will also be wearing a hoodie with the words "Alive And Free" while preaching at his West Berkeley, Calif. church, The Way Christian Center.

Preaching on the Ethiopian Eunuch in Acts 8, McBride plans to connect the scripture's reference to the broken body of Jesus and the mutilation of the Ethiopian to the plight of young African men and the poor in America.

"I want to talk about black bodies that have been mutilated and hurt but to remind the congregation that we do have good news and that power is to make us whole," McBride said. "The role of faith is to open the possibility of redemption in the lives of those that are broken, and I want to challenge our congregations to step into that role."

But congregants that show up at McBride's church will not only be getting a sermon, but also a training. "We will be organizing people right there during the service for direct action," he said. "We are going to be talking about humanizing the dehumanized and amplifying the value of life for all people, but especially our young black men."

McBride has been working on an anti-violence campaign called "Lifelines to Healing" that works on gun violence and gun policy. "Going forward we are thinking about targeting the 'Stand Your Ground' laws that are largely used against African-Americans," he said. "We need to talk about how the justice system continues to fail black bodies."

Other calls for people to wear hoodies to church came from Rev. Otis Moss III, who pastors Trinity United Church of Christ in Chicago:

Wear your Hoodies TODAY to @TrinityChicago All 3 services: 7:30a, 11a and 6p. #Justice4Trayvon

And the One Way Service, the youth service of Bethal Baptist Church in Jacksonville, Fla.:

URGENT MSG from Pastor @AnthonyONeal : PLEASE be in One Way Service tomorrow as we pray for Travon Martin Family. Wear ur HOODIES! Please RT

Rev. Jacqueline Lewis, pastor of the multi-racial Middle Collegiate Church in New York City, wrote in an email to The Huffington Post:

My mind is numb and my heart is broken about the Zimmerman verdict. I was not either mentally or emotionally prepared to hear not guilty. Trayvon's parents are in my prayers. Middle Church will mourn with them today as we did when they lost their child to gun violence. We pray also for peaceful protests and will continue our push for gun control.

Lewis added, "I will pray with my community today in my pink hoodie."

Trayvon Martin's family will also be attending church this morning, according to their attorney Benjamin Crump, who spoke on "Today." Before the verdict, Trayvon's father Tracy Martin told NBC news that should the jury acquit Zimmerman, his family would continue to be his voice. 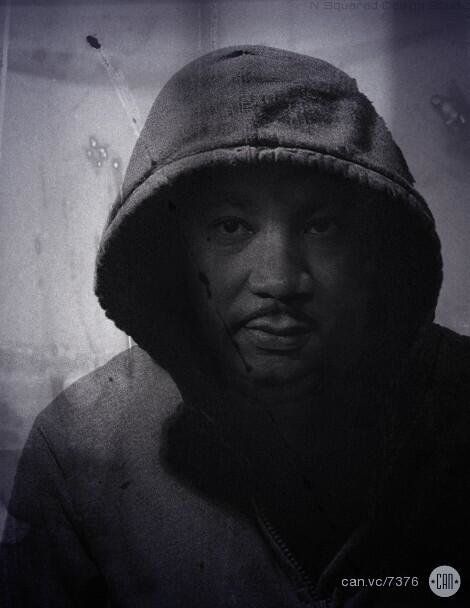