Lifting high cans of iced tea and bags of skittles -- the same items 17-year-old Trayvon Martin had on his person while shot walking home -- Miami residents gathered Wednesday afternoon to protest his tragic death and a lack of charges against the neighborhood watchman who killed him.

Protestors joined together in Liberty City's Sherdavia Jenkins Peace Park, named after a 9-year-old girl who was killed by a stray bullet while playing in her front yard in 2006. Carrying signs reading "Trayvon Today Who Tomorrow," "Justice For Trayvon," and "How Many More Trayvons," marchers lifted hands in prayer and chanted "We want justice!"

Protestor Suneeda Williams told the Miami Herald she wanted to come to the peace march "'armed and dangerous' just like Trayvon was," referring to the can of iced tea in her right hand and Skittles in the left.

Martin, a student from Miami Gardens at nearby Dr. Krop Senior High, was visiting his father in Sanford February 26 when he went to a nearby 7-11 for the snack, returning home on foot through the gated neighborhood while wearing a hoodie and talking to his girlfriend on the phone.

Self-appointed neighborhood watchman George Zimmerman called 911 after spotting Martin, who is black. Describing the teen as "suspicious," he was asked to stand down by a 911 operator. But Zimmerman, whom his father identified as Hispanic, confronted Martin. A scuffle ensued, and the teen was shot and killed.

Zimmerman told police he shot Martin in self-defense and no charges have been filed, sending ripples of anger across the nation, ramping up criticism of the police investigation, and spawning a simultaneous "Million Hoodie March" protest in New York City, where Martin's mother Sybrina Fulton told the crowd, "My heart is in pain, but to see the support of all of you really makes a difference."

"Something like this has happened, and it's affected everyone," Miami activist Janice Brooks told CBSMiami from Liberty City. "I could barely sleep last night. What's going on?"

“Zimmerman should be arrested,” the Rev. Al Sharpton told HuffPost Wednesday while vowing to stay on the story. “There’s more than enough probable cause to arrest him. The whole claim of self-defense is bogus. How do you claim self-defense against someone you are pursuing?”

This is a developing story. View photos below, and our Trayvon Martin case liveblog following: 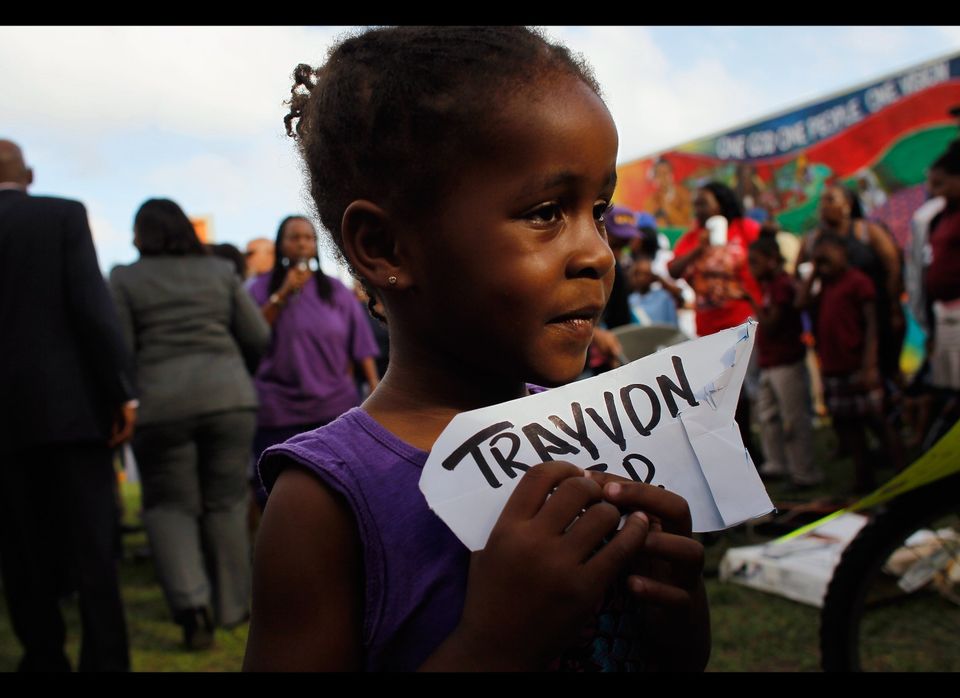 1 / 15
Federal Government To Investigate Shooting Of Unarmed Teen Trayvon Martin
MIAMI, FL - MARCH 21: Haylie Williams,4, shows her support with the family of 17-year-old Trayvon Martin, who was killed by neighborhood watch person, George Zimmerman on February 26 in Sanford, Florida, on March 21, 2012 in Miami, Florida. The Justice Department and the FBI opened an investigation into the death of the black teenager, and the local state attorney announced that he had asked a grand jury to investigate. (Photo by Joe Raedle/Getty Images)
Getty