Hundreds of protestors rallied in downtown Los Angeles Monday carrying signs that read, "It's more than a march. It's a movement."

Marchers were protesting the shooting of black Florida teenager Trayvon Martin, CBS reports. The rally, organized by ANSWER Los Angeles Coalition, was called a "Million Hoodie March." Some of the protestors wore hoodies like the one Martin was wearing when he was killed.

Protestors told CBS that they want to keep Martin's name in the news to get justice for the teen. For many of them, justice means getting Martin's shooter, George Zimmerman, behind bars. The protest was one of several in Los Angeles and other cities since the teen's death.

The demonstrators carried a box that was filled with hundreds of letters calling for the support of Los Angeles city leaders.

“I feel so upset, so moved, so angry, so hurt, so disappointed, and I wrote in my letter that we deserve better,” one protester said from a podium to the crowd in downtown.

Demonstrators had mixed feelings about a Florida special prosecutor's decision Monday to not take the case to a grand jury. One individual said that it is unfair that there will not be a jury, but another said that he is optimistic that Zimmerman will be arrested.

One protestor's comments to ABC touched on the "It's a movement" signs activists carried. "It's not just this case, it's cases like this that happen all over the country," he said. "This isn't the first time that something like this has happened. It's time this should be recognized everywhere." 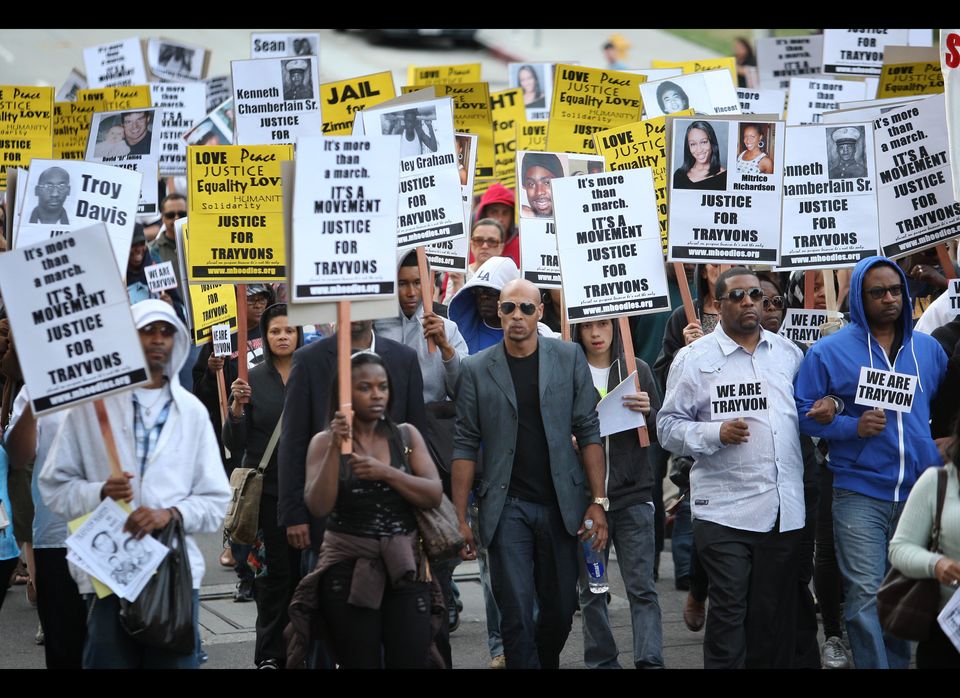 1 / 12
LOS ANGELES, CA - APRIL 9: People walk in a silent protest march to demand justice for the shooting of Trayvon Martin, on April 9, 2012 in Los Angeles, California. Some protesters dressed in hoodie sweatshirts like the kind 17-year-old Martin was wearing at the time of his death. Martin was killed by George Michael Zimmerman on February 26th while Zimmerman was on neighborhood watch patrol in the gated community of The Retreat at Twin Lakes, Florida. (Photo by David McNew/Getty Images)
Getty